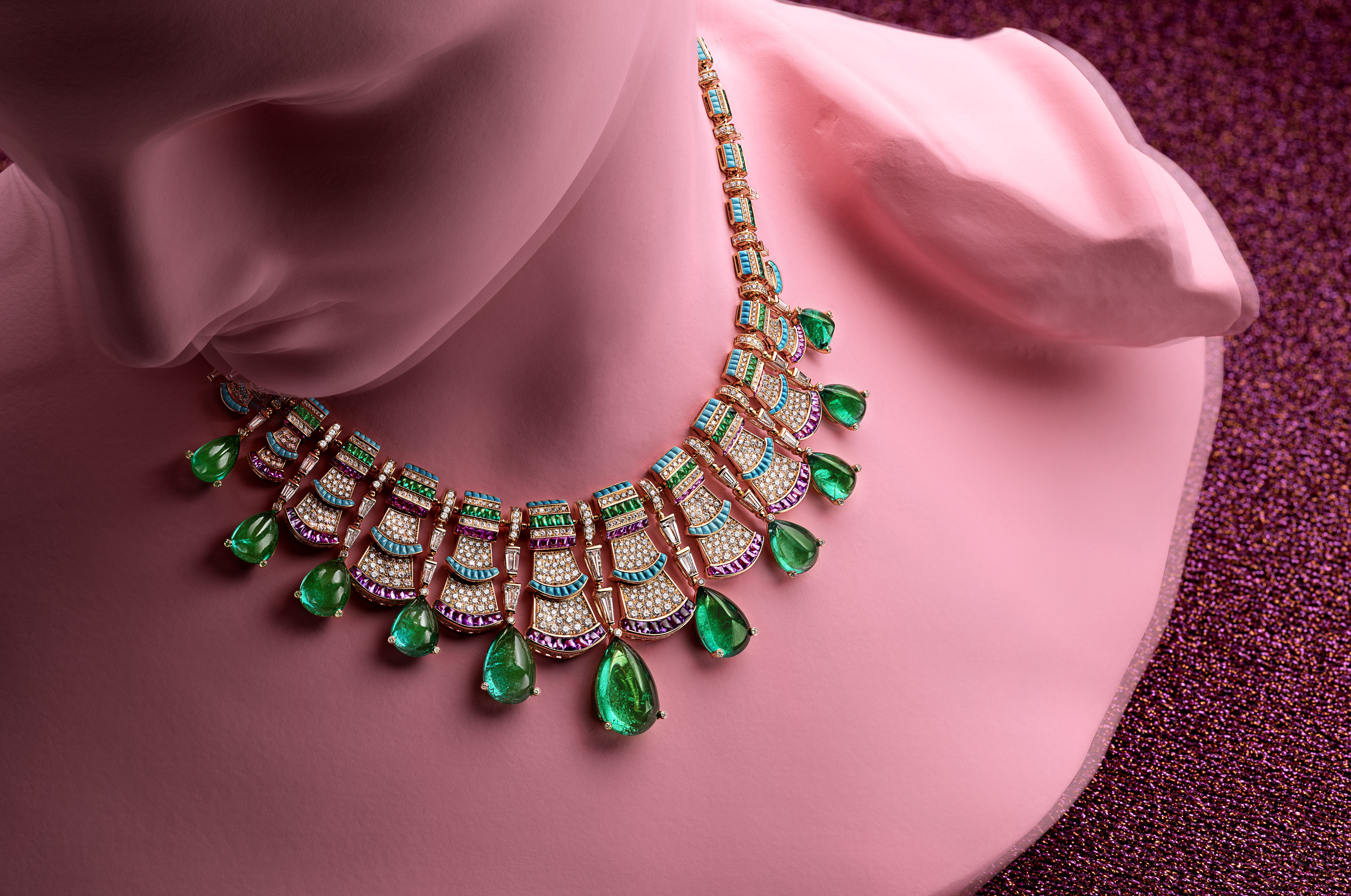 Andy Warhol was a tremendous admirer of Bulgari, drawn to the Maison’s dramatic colour combinations and a rare beauty that all sought to copy, magnified of course, by the High Jeweller’s rich pursuit of rare gems. The King of Pop Art became close friends with Nicola Bulgari shortly after the great-grandson of Bulgari arrived in New York. In the electric milieu of the 80’s, when designs were funky, the party scene was wild and fashion had reached daring heights, an interesting dialogue began between Andy Warhol and Bulgari, when he said: “I think your jewellery is the 80s”.

Inspired by this very conversation, and of course, the era when MTV and Madonna were born, Bulgari’s new Wild Pop collection re-lives the 80s, but in 21st century fashion. Like the pop art of the time, this collection too breaks the rules. It is a tribute to an decade marked by an insatiable appetite for more of everything, all at once, and furthermore pays homage to the special bond that that grew between Bulgari and Andy Warhol.

The initial idea for the collection was ignited when Bulgari’s Creative Director, Lucia Silvestri, visited the Andy Warhol Foundation for the Visual Arts in New York City and saw all the Bulgari ephemera – catalogues and correspondence – in the artist’s archive. “I wanted to do something about this fantastic dialogue between Bulgari and Andy Warhol,” Lucia explains.

The entire High Jewellery collection is magnificent, but a few pieces stand out as the most beautiful of all…