Longchamp is a family-run business with humble beginnings 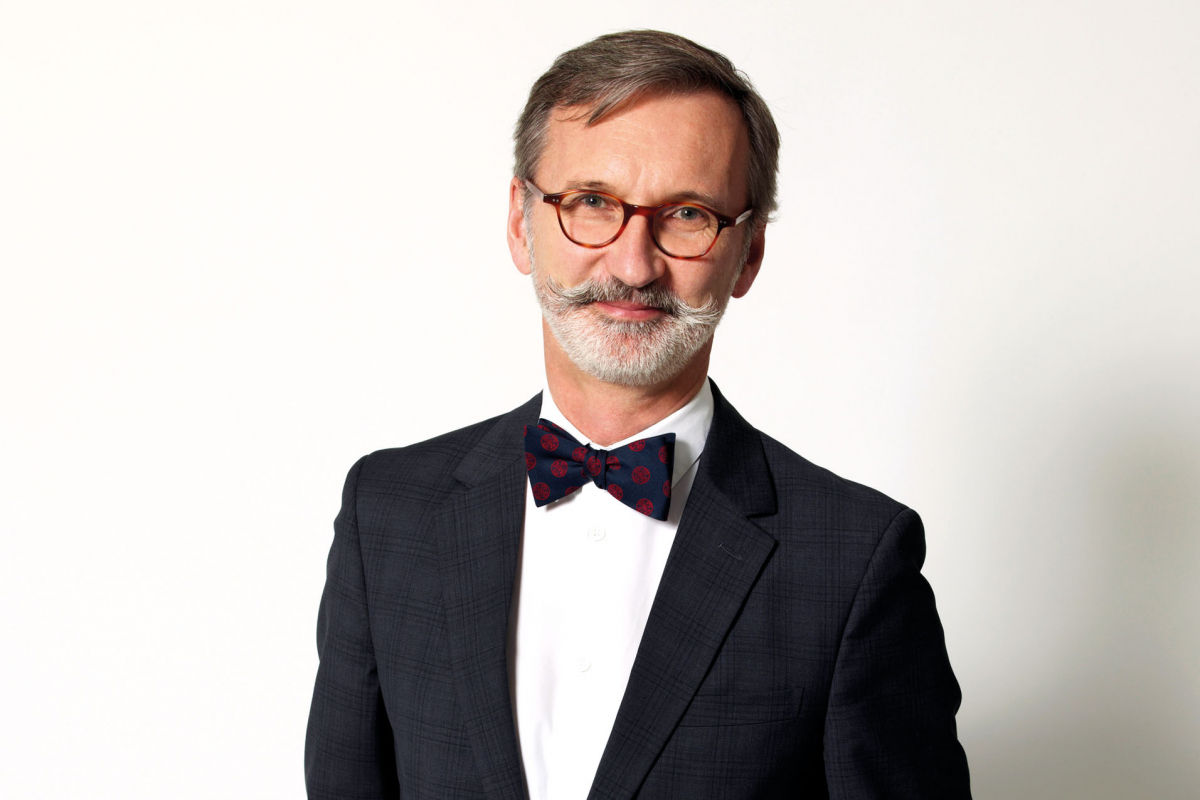 It may not be one of the Top 10 Hot Brands on Lyst Index, but Longchamp has defied the big boys of high fashion, the enchantment of digital, and the uncertainties of retail to emerge triumphant with an impressive showing of €553 million in turnover for 2016, according to its recent financial report. Commendable, especially for surviving a challenging year when terrorist attacks led to a drop in tourism for France. And there’s more to cheer about, as Jean Cassegrain shares in this interview. Impeccably suited, the CEO shows little sign of fatigue after a long day with journalists, just like the resilient Parisian leather goods house he heads.

Available in 80 countries across 1,500 points of sale, Longchamp opened its third store in Singapore at Marina Bay Sands in May of last year. This year, antecedent boutiques at ION Orchard and Paragon were given facelifts, and the latter is why Cassegrain is in town. A new and bigger unit makes the Paragon outpost the largest among the three — with dedicated areas for women’s ready-to-wear, women’s and men’s bags, and luggage — to show the full scope of its offerings. Jean Cassegrain also takes the opportunity to let on that an estimated 20 percent of customers are men. There is a renewed focus on them as more men begin to consider bags beyond their function, and include aesthetics as part of the equation. It’s opened up more creative possibilities.

Paragon also hosts Singapore’s only Longchamp personalisation station where you differentiate your buys with your own initials. But the highlight here is the facade that overlooks Orchard Road. This Singapore exclusive sports a phenomenal 3D prismatic effect, cleverly created by protruding ribbon-like metal strips in soft shades.

Meanwhile, the interior channels the spirit of Paris. Like the flagship store on Rue Saint-Honoré, it features woodwork with contrasting textures of rosewood, ebony and other precious woods. “We have the same marble floors too; the marble comes from Italy,” informs Jean Cassegrain.

ASIA MAJOR
A frequent visitor, Jean Cassegrain has a deep-rooted link here. “You know, my father came to Singapore for the first time in 1956? He was 19 years old, and he travelled by sea — it took him four weeks to get here! Since then, we’ve been here many times. It’s a city we love.”

In April, Singapore became one of the 24 cities featured on a special rendition of the limited-edition Roseau 1948 bag. Only available for sale in the city indicated on the bag, it bore Longchamp icons: galloping horse, horseshoe and smoking pipes, all references to the brand’s origins.

Established as a shop selling leather-trimmed pipes in Paris in 1948, founder Jean (Cassegrain’s grandfather) had to think of an alternative label when the family name was used by his cousin.

HUMBLE BEGINNINGS
“My name ‘Cassegrain’ means to break the grain in French. To do so requires a windmill. In Paris then, the only functional windmill was found at the end of the Longchamp Racecourse, which my grandfather used to pass by when he drove between home and office. So he chose ‘Longchamp’. The association with the galloping horse was apt because saddlery in horse riding suggests the leather element of our business,” he muses. It wasn’t long before the shop introduced its first line of small leather goods in the 1950s, and built a manufacturing workshop in Segré in the Maine-et-Loire region of France in 1959.

Longchamp’s first store didn’t open in Paris — but in Hong Kong in 1979. That was a good nine years before doors to its boutique at 390 Rue Saint-Honoré (it eventually shifted  to 404 Rue Saint-Honoré in 1999) opened.

“In the past, there were no Longchamp standalone stores.  We sold our products through department stores or specialised retailers such as Harrods and Galeries Lafayette.

“In Singapore, our pipes were sold at Robinsons back in the 1950s. As the brand grew in Asia, we had to start our own retail channel. Hong Kong was important business, first with Japanese tourists, and then with residents in Hong Kong.”

FAMILY AFFAIR
Longchamp is still owned and managed by the family. “This heritage gives the brand stability, and the products a certain integrity. I see that customers now want to know what’s behind their purchases,” Jean Cassegrain points out.

He cut his teeth travelling with his father Philippe to attend trade shows in countries such as Germany during his school holidays, and visiting Longchamp workshops in western France. His first Longchamp item was a canvas and leather school bag his father made for him, which he’s kept.

Though he’s often stated he never considered any other career, he says he’d love to be an architect if he didn’t become CEO. “I like to collect Scandinavian modernist furniture from the 1950s, which I have in my office, which is situated right across the street from our flagship store in Paris.”

He doesn’t just have a head for business. Younger sister Sophie Delafontaine may be the artistic director (younger brother Olivier Cassegrain is head of retail for US), but a look at his Instagram feed reveals an inclination for art too. Indeed, having glimpsed an article on Jean-Michel Othoniel in Prestige, and recognising him as the artist of Noeud Rouge (“red knot” in French), the mirrored glass knot sculpture outside Paragon, he heads out as soon as this interview ends. Before long, a picture of the sculpture in on Instagram.

GET CARRIED AWAY
After its debut line of handbags LM (Longchamp Maroquinerie means “Longchamp Leather Goods” in French) in the 1970s, it would be almost 20 years later before the Le Pliage was born in 1993. Now synonymous with the brand, the humble hit is considered one the world’s beloved totes. Online reports claim that 10 are sold every minute.

The bestselling brainchild of Jean Cassegrain’s father originated from the Japanese art of origami. Constructed from nylon, the everyday bag was meant as a light but sturdy travel essential in a rainbow-worthy spectrum of colours.

Starting from 2006, every season would welcome a limited-edition model by American fashion designer Jeremy Scott, who disrupted Longchamp’s sensible codes with audacious renditions.

The evolution of Le Pliage led to a leather interpretation in 2012 — it folded just as easily as its nylon predecessor. After all, Longchamp is known to work with the best leather tanners in France, Italy, the Netherlands and Uruguay. “Singaporeans like the Le Pliage very much but they love Le Pliage Cuir,” he observes.

He himself has fallen for its charms. “The Jeremy Scott bags are a little extravagant, a little unusual, but they are also very Longchamp. I like to put all my stuff in it for weekend, for sports or even to the office.” He has almost every design but among his favourites is (surprise, surprise) the 2014 Madballs edition. “It lends an unexpected touch when you wear a grey suit.”

Upon hitting its 20th in 2014, the trapezoidal tote attained desk-to-dinner sophistication in a structured guise as the Le Pliage Heritage. Jean Cassegrain attributes the enduring appeal of Le Pliage to its simplicity. “Coming up with a design that is so distinctive, yet simple is almost an impossible task.” But he quickly emphasises that its simplicity and accessible price tag belie a luxury. “It’s made of high-quality materials. The trimming is crafted from beautiful, natural cowhide. It is put together with our esteemed workmanship. We are proud of it.”

To him, quality and in-house craftsmanship denote the starting points of a good product and are the key to winning over consumers today.

For the past decade, the French government has awarded Longchamp the Living Heritage Company label, which honours French companies in craft and industrial workmanship. A new production site is being built in Pouzauges (in the Vendée region of France) to expand and modernise its production facilities. In addition to some 100 artisans, new talents are undergoing training here to maintain competencies and align with global expansion.

THE NEXT WAVE
Not resting on its Le Pliage laurels, Longchamp has made forays into other product categories. Women’s ready-to-wear made its debut in 2006, followed by shoes in 2012.

In the bag department, it is grooming new-gen stars, with the Mademoiselle launched in September, and the Madeleine in November. “The Mademoiselle has been well-received in Singapore, with cognac (brown) as the most popular colour,” Jean Cassegrain happily reports.

If you attended the Paragon opening party in October, you might have spotted sunglasses in the midst. Longchamp’s first eyewear collection arrived in stores worldwide just a week earlier. A standout style is a round frame with butterfly-esque angles housing two-tone lenses. Look closer and you’ll observe the hinges that draw on the Rosseau’s bamboo details.

From leather goods to fashion and footwear, it makes sense to venture into eyewear. As Jean Cassegrain concludes, “It was the missing component to complete and enhance the wardrobe of the Longchamp woman. So yes, now it’s a complete look.”