May Birthstone: All You Need To Know About Emerald 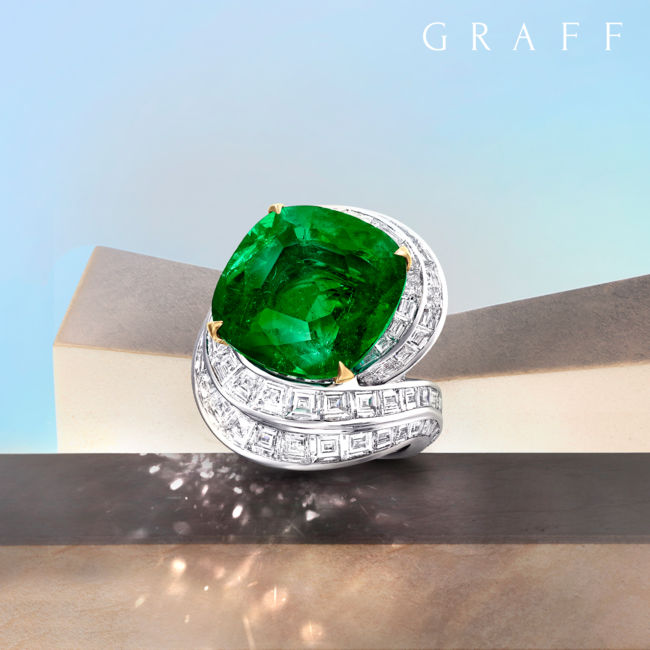 Style
May Birthstone: All You Need To Know About Emerald
Share
Next article

Emerald is a gorgeous green gem and an emerald-studded piece of jewellery would go well with any of the latest Spring/Summer looks trending now or as a Mother’s Day gift. It’s also the May birthstone, matching this month’s symbol of renewal and spring.

The word emerald itself derives from the Greek word smaragdos, simply meaning “green stone”. Its rich colouring comes from the mineral element chromium, and the stone is characteristically the vibrant green variety of beryl, a mineral make-up that is colourless in pure form. It is with many different impurities that beryl is found in varied colouration, the March birthstone aquamarine likewise among one of them.

The first known emerald mines existed in Egypt during as early as 300BC. A symbol of eternal youth among the ancient Egyptians, emeralds have been discovered buried with numerous mummies. It is also widely known as Cleopatra’s favourite gemstone, used in many of her royal adornments.

And the Egyptian queen wasn’t the only ruler who treasured this gem. Gladiator fights were said to be viewed by Roman emperor Nero via glasses made from slices of emeralds, because vision was thought to be refreshed and restored by it. Mogul emperors of India, on the other hand, believed that the gems were talismans that offered protection.

It wouldn’t be surprising to note that the cash-green gems were even used as international currency once, for reportedly thousands of years. Most recently though, former first lady Jackie Kennedy had an emerald and diamond engagement ring, as do Hollywood A-list actresses like Halle Berry and Olivia Wilde.

Why emerald is such a gem

Emerald is almost-always found in a small range of rich, velvety shades of green. Therefore, ‘emerald green’ has been the standard by which other green gemstones have been measured. Its colour is hardly affected by light and does not alter over time as some other coloured gems do.

Ranked between 7.5 to 8 on the Mohs scale of hardness, emeralds may be further susceptible to scratching than a diamond, which tops the scale at 10, but because of this, gem cutters have created the famous ‘emerald cut’. This clever cut maximises the shape and weight of the original gem and help protect against damages as the vulnerable corners are faceted, providing a safe place for prongs.

Whether fixed on rings or earrings, the evergreen May birthstone is practically fashioned for the celebration of life and vigour. Treat yourself – or a loved one – to an emerald that captures the optimism of this season with some fine jewellery we’ve picked out from a garden of high jewellers.