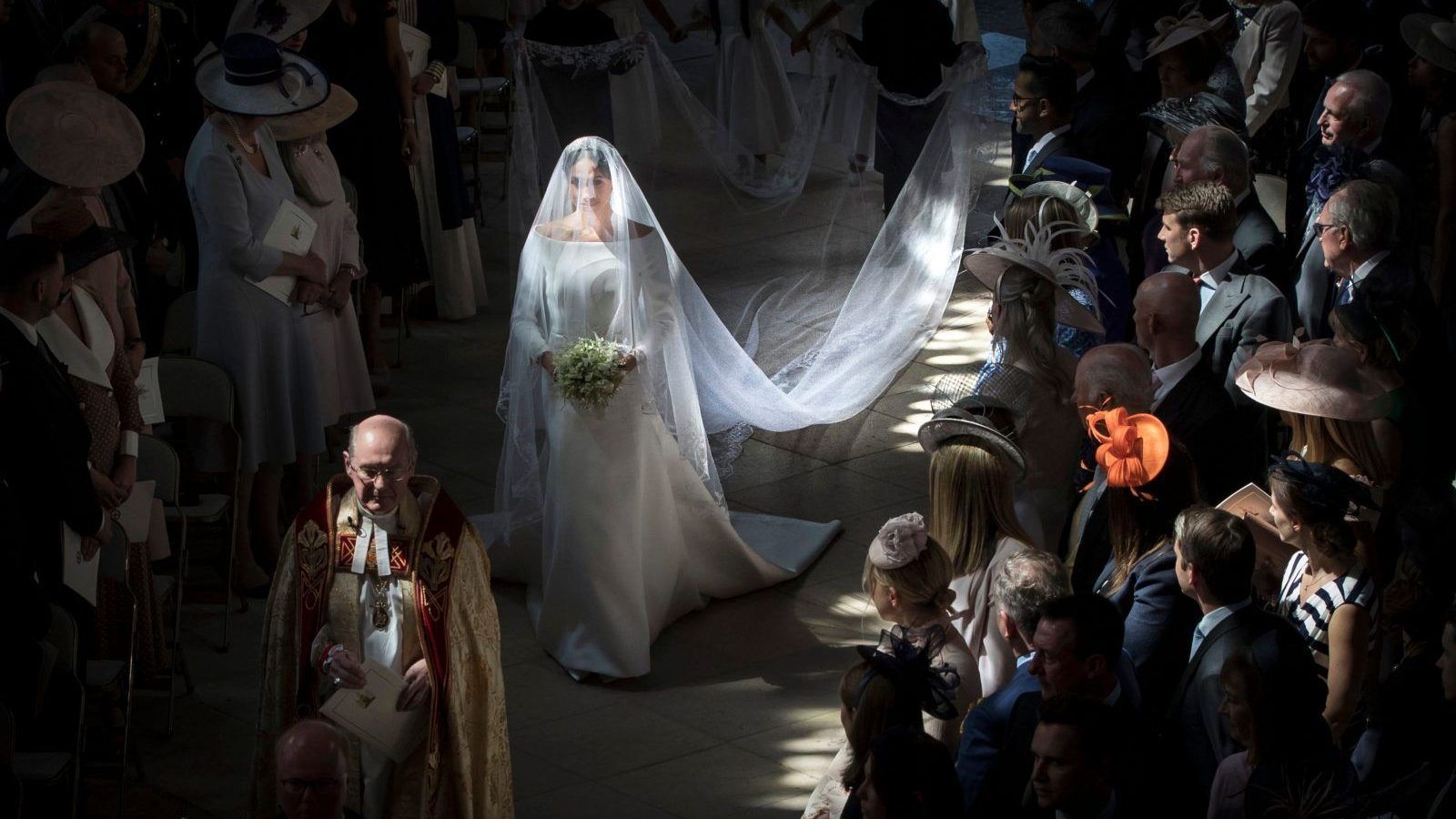 There are two types of people in the world right now: Those who love the dress, and those who don’t. But we can all agree that Meghan Markle’s wedding veil was spectacular.

Making headlines (no pun intended) around the world, the veil Markle wore to her wedding to Prince Harry, now Duke of Sussex, was designed by Clare Waight Keller of Givenchy, who, as many would’ve already known, also created the polarising haute couture wedding dress.

The Duchess and Waight Keller worked closely together on the veil’s symbolic motif, making sure to incorporate all 53 countries of the Commonwealth into the ethereal fabric.

The Commonwealth family of nations — of which The Queen is Head — is a central part of the newlywed’s official work seeing as Prince Harry’s been appointed as Commonwealth Youth Ambassador. Thus, Meghan Markle wanted to express her gratitude for the opportunity to support the work of the Commonwealth by incorporating references to its members — which includes Singapore — into what she wore on her wedding day.

The five-metre-long veil, made from silk tulle, came with a trim of hand-embroidered flowers in silk threads and organza. The palace reported that “significant time was spent researching the flora of each Commonwealth country and much care was taken by Waight Keller to ensure that every flower is unique.”

All the flowers were worked flat, in three dimensions to create a delicate design. Workers spent hundreds of hours to meticulously sew, as well as wash their hands every 30 minutes to keep the tulle and threads pristine.

The result was worth it. There were no petals tossed at the royal wedding because textbook blossoms already followed Markle as she walked the aisle of St George’s Chapel.

See if you can spot Singapore’s national flower, the Vanda miss Joaquim Orchid (commonly known as ‘Miss Joaquim’) among the other 56 flora distinctives, including the English Rose; Wales’ daffodil; Northern Ireland’s flax flower; and Scotland’s purple-flowered thistle. There’s also Malaysia’s bunga raya, or hibiscus in English, and the beautiful Indian Lotus of India.

Markle also manages to sneak in two personal favourites into the translucent mix: Wintersweet, which grows in the grounds of Kensington Palace in front of Nottingham Cottage, and the California Poppy, the State flower from the bride’s place of birth.

VALUE OF THE WEDDING VEIL

Here, we unveil three meanings and mystique of the wedding veil.

Presumably for the same reason why most Muslim women and Christian nuns cover up today, wedding veils could be worn as a modesty and obedience piece. In ancient China, the red veil was useful for covering the bride’s shyness. In modern times, brides may explain wearing a veil by their desire to not be valued for their beauty alone, but by their brains and character.

Hair, before the advent of shampoo, was grimy and people wore headdresses to hide it. This sensible use of the veil leads us to the more probable reason why they were originally worn. Today, it’s good to not only cover up any hairstyle washout but protect brides from the elements as well — say, from mosquitoes if you’re having a garden wedding, or from sand, if you’re having a beach ceremony.

Nowadays, the veil is rarely associated with profound significances but is simply embraced as the completing set of lovely bridal accessories which can “top off” a bride’s outfit. It may be that the veil became a more common accessory in the West once the Silk Road was established. Today, many blushing brides love silk tulle veils like Meghan Markle’s because they are light and airy, delicate and oh-so-elegant.

SEE ALSO: Juliana Kumala and Ryan Tjahjana say “I do”