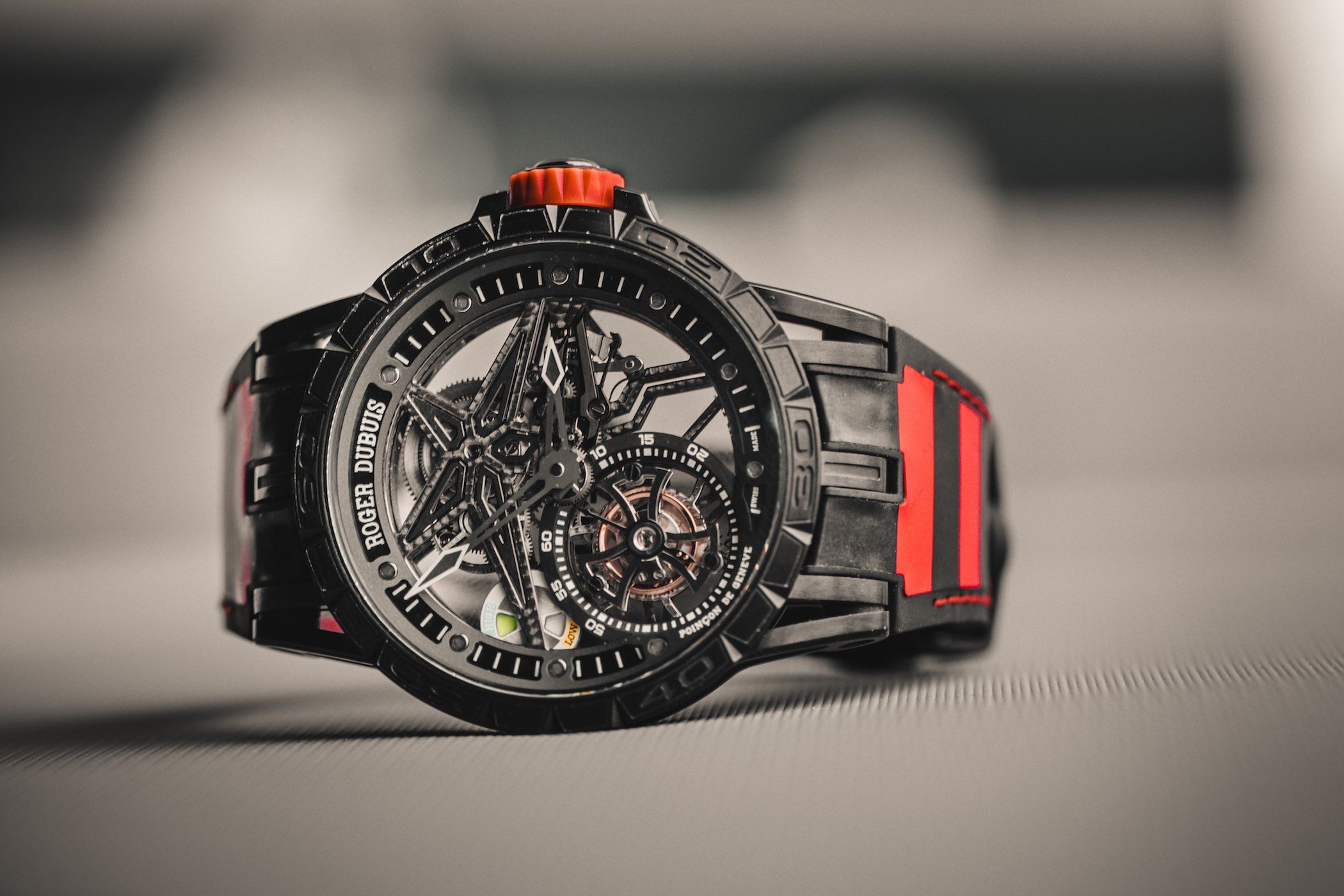 It was only last year when Roger Dubuis ventured into the world of motorsports, partnering with Lamborghini Squadra Corsa and tyre maker Pirelli to debut collaborative pieces inspired by fast cars and roaring engines. Now, the watchmaker is further concreting its presence in the automotive arena with the new Roger Dubuis Excalibur Spider Pirelli Single Flying Tourbillon, limited to only 28 pieces. Cased in black DLC-coated titanium case, the ultra-lightweight, skeletonised watch is driven by the brand new manual-winding RD508SQ, beating amid the ever recognisable Astral Skeleton in black.

Accompanying this boutique exclusive is a special PitStop Collector Box, which contains seven interchangeable straps and crowns. Thanks to the Quick Release System (QRS) on the strap and buckle, the strap and crown can be seamlessly switched in under three seconds, in reference to the ultra-fast average pit stop timing on top racing circuits. The straps have also been inlaid with the same rubber from Pirelli racing tyres, and accented in each of the colours of the seven Pirelli race tyres featured in last season’s races. Like every coloured tyre that embodies a different characteristic, each strap is patterned differently.

Each conveys part of the Pirelli logo positioned on the side of every high-speed motor racing tyre and is engraved with the code used by Pirelli to track its winning tyres. Besides its engine-evoking skeleton movement, the racy watch has been lavished with decorative elements that call to mind roaring rides on a burning asphalt: Its power-reserve indicator between 9 and 10 o’clock calls is an ode to cockpit fuel gauges, while its off-centred seconds counter lies atop the single flying tourbillon at 7 o’clock, sweeping along its bordering speedometer-like rim.