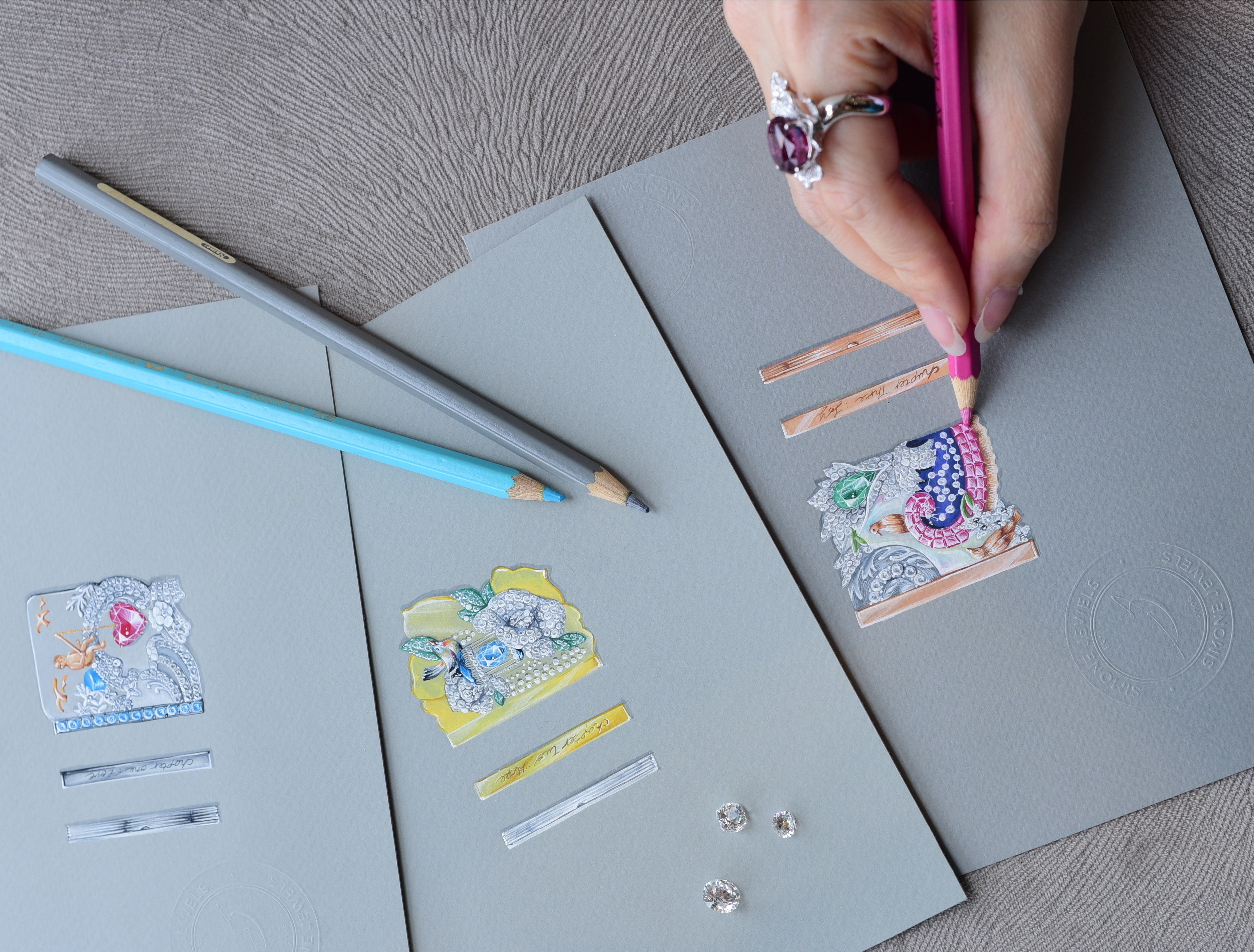 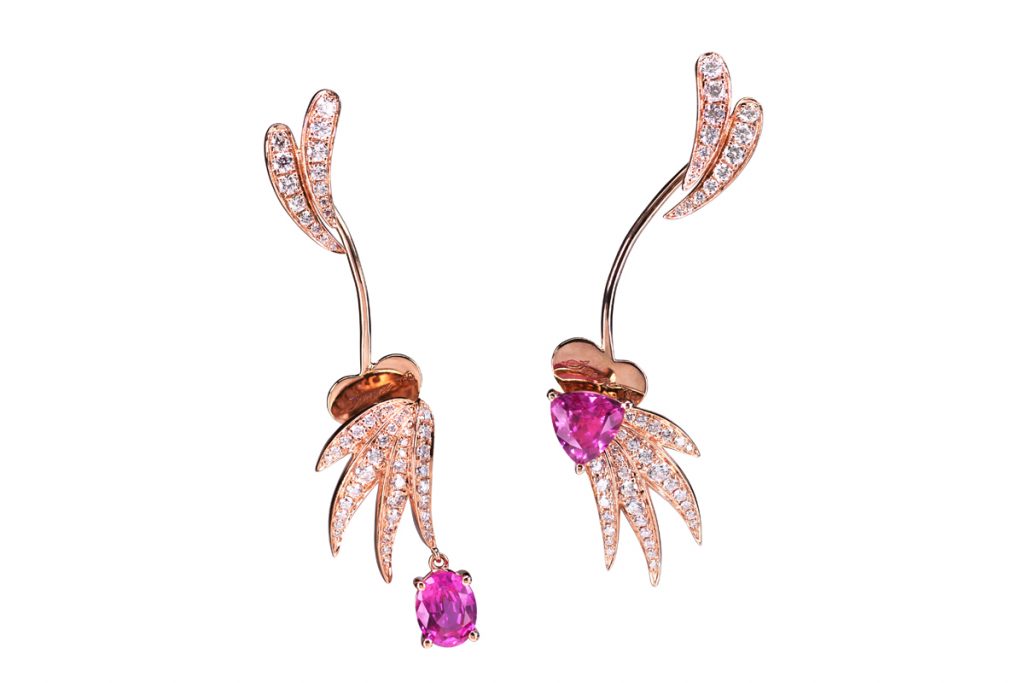 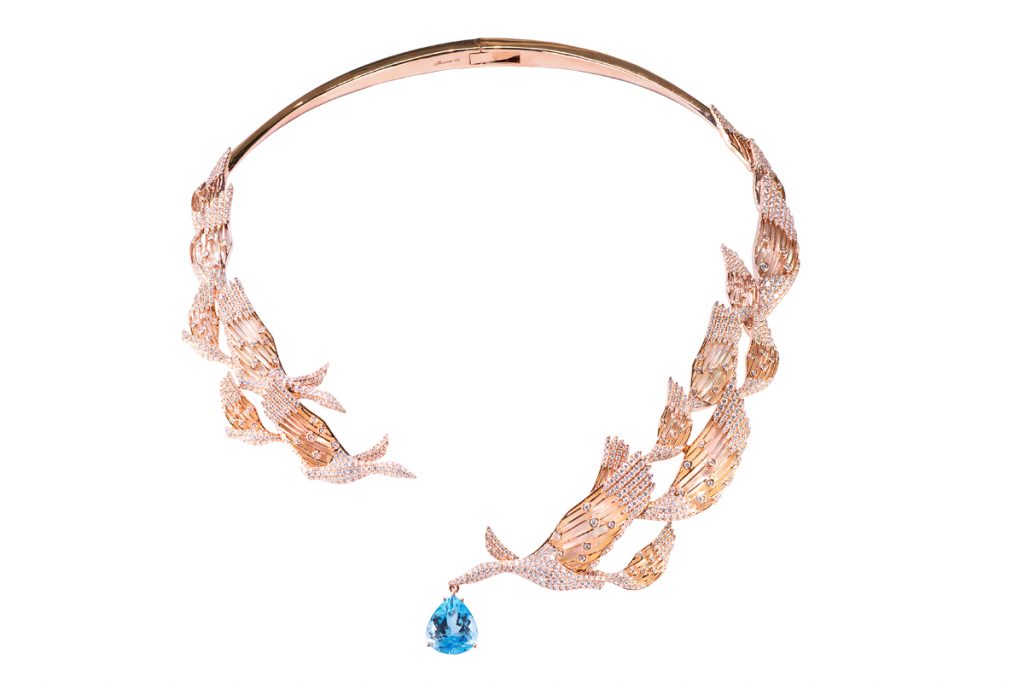 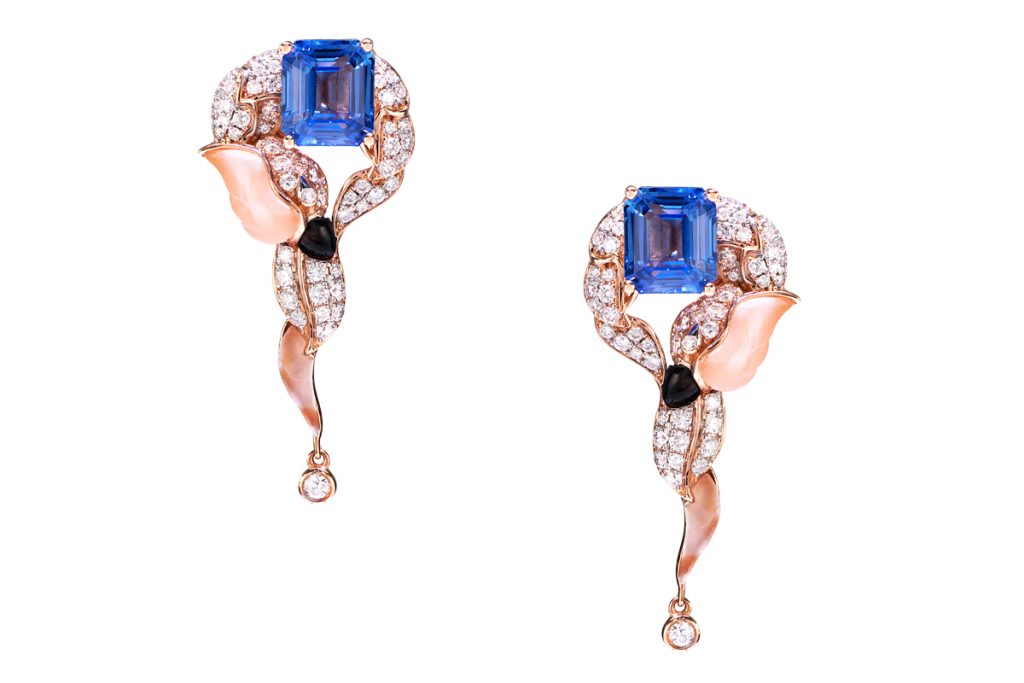 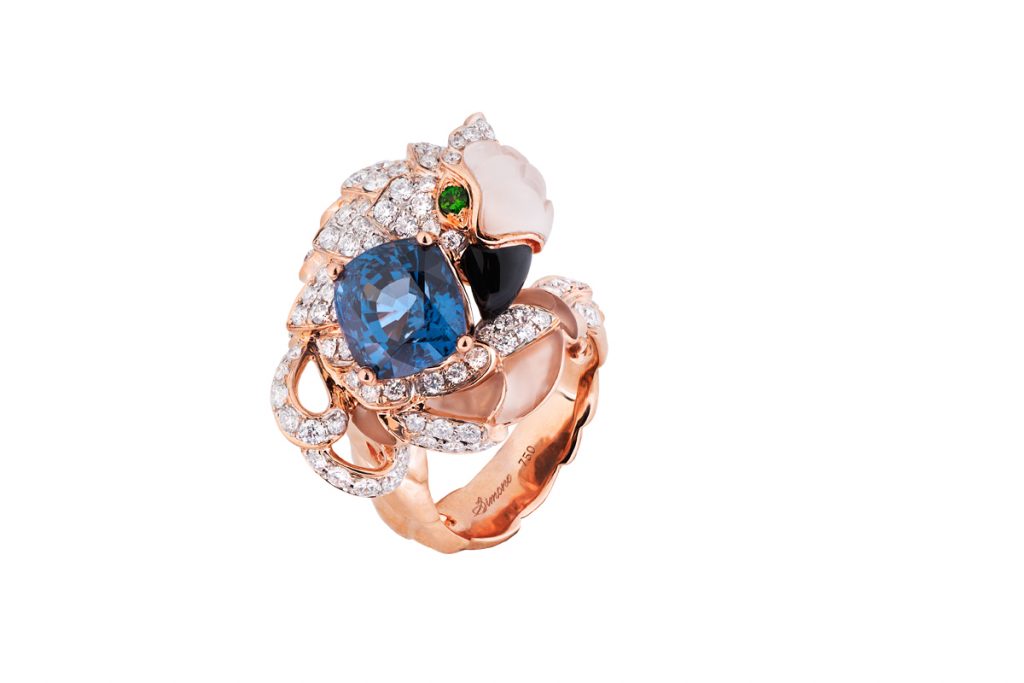 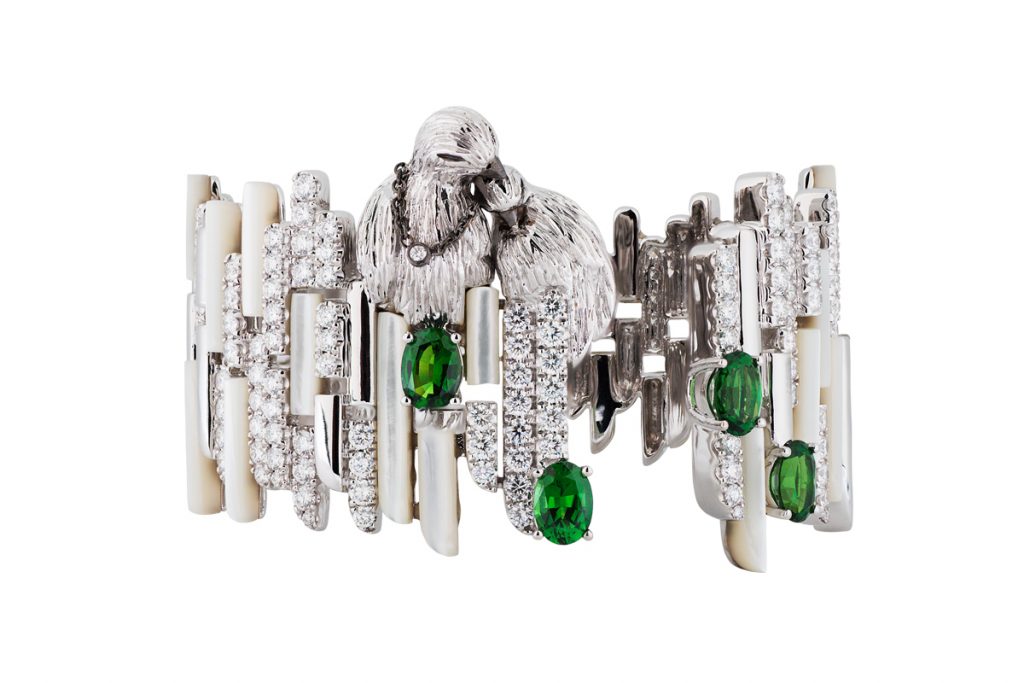 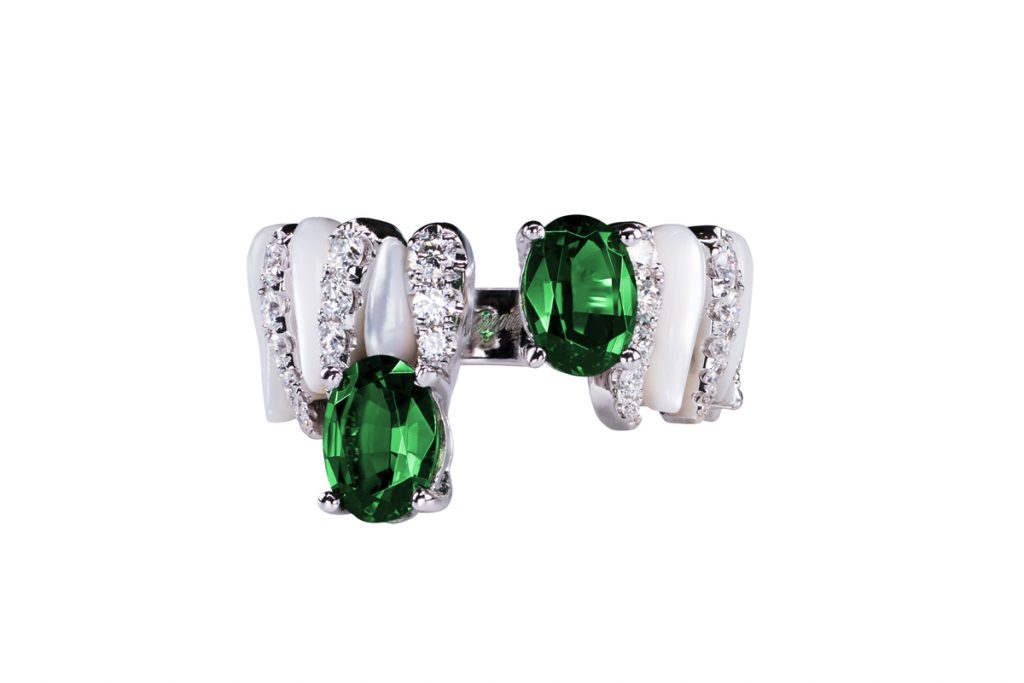 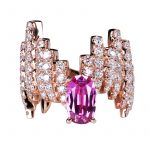 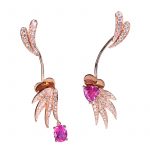 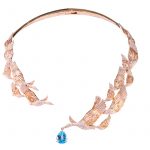 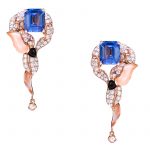 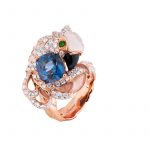 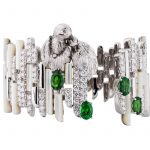 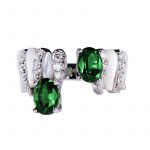 Through translating words and verses into gem-set pieces, homegrown jewellery brand Simone Jewels has launched a collection inspired by poems from three greats of the English language.

Named Birds in Poetry, the collection comprises more than a hundred unique pieces valued at north of $2 million in total, and is expected be officially launched in July; a preview of some of the key pieces was held earlier this month.

The range is headlined by three exquisite pendant necklaces, designed to resemble books, that open to reveal relief carvings encased within. Organised into three chapters, each dedicated to a specific theme, the collection uses birds as a motif to represent the ideas of love, hope and joy, and showcases coloured gemstones valued for their rarity.

Endearing Love, the first part, takes its cue from “The Phoenix and the Turtle Dove” by William Shakespeare, and channels the glow of romance with gemstones in warm tones — unheated rubies, pink sapphires, rhodolite garnets and rubelite tourmaline. The Shakespeare pendant necklace imagines the playwright and poet as a youth fishing for inspiration, and capturing a 3.57-ct African rubelite tourmaline in the process.

Romantic Hope, the second segment of the range, pays homage to John Keats’ “Ode to a Nightingale” by incorporating unheated sapphires, blue spinels and tanzanites; the Nightingale necklace depicts the poet’s search for ideas from the sea, the land and the sky, through the inclusion of pearls and paraiba tourmaline. Purity in Joy, the third chapter of the collection, is a tribute to “To a Skylark” by Percy Bysshe Shelley, and focuses on green-toned gems: Emeralds, chrome tourmaline and green garnets. The Skylark pendant is set with a 3.44-ct mint tourmaline.

This isn’t the first time Britain has inspired a range of jewellery by Simone Jewels’ founder and executive creative director, Simone Ng: In early 2017 Ng collaborated with architect and TV personality Jason Pomeroy to present Jewels of Architecture, a six-piece capsule collection of rings that represented icons of the British built landscape, from the 15th century Pomeroy Castle in Devonshire to the neo-futuristic Gherkin tower in downtown London.

Click on for jewellery from the Birds in Poetry collection.