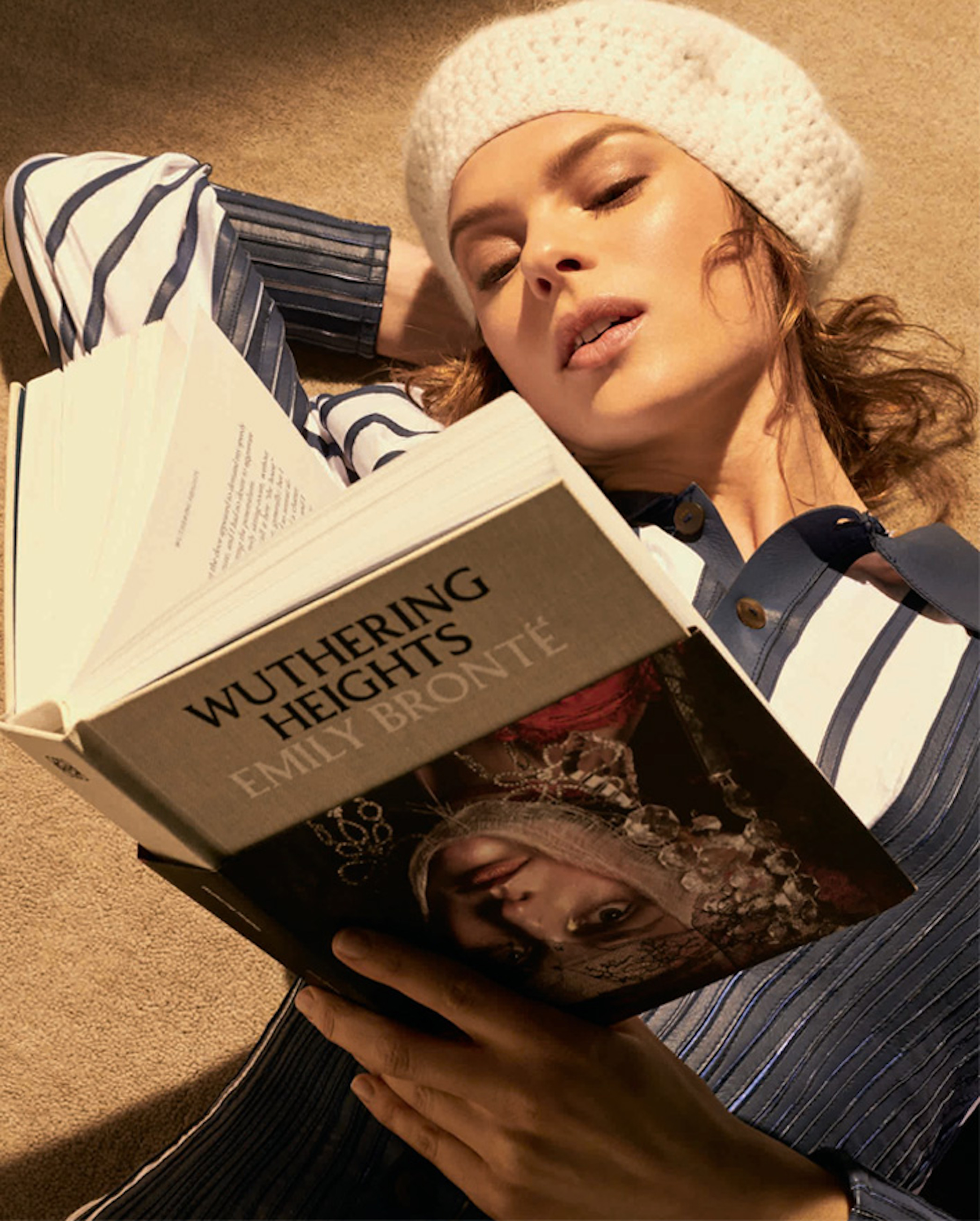 Every well-decorated home needs a fabulous coffee table that’s lavishly dressed with oversized books — we dare say it’s akin to art. And if, like us, you’re building your fashion library too, you need a tome or three with covers as stunning as the pages within. To help you decide the best titles to invest in, we’ve picked eight fashion books that aren’t just about style, but has substance too.

First revealed at the Paris RTW shows this year, the Loewe limited-edition literary classics are a collector’s dream, and we don’t just mean for the fashion crowd. The six-book set features some of literature’s most famous works, including Bram Stoker’s Dracula, Joseph Conrad’s Heart of Darkness, and Oscar Wilde’s The Picture of Dorian Gray. Bound in cloth, the books’ sleeves feature Loewe’s iconic images from Steven Maisel’s magazine fashion editorials with Loewe’s font as the branding. The book set is launched as part of the label’s Fall/Winter campaign, which featured the likes of supermodels and actors reading them. These will be available from August 15 onward at Casa Loewe Paragon.

Few fashion houses are as associated with history and luxury like Gucci. Once a leather goods shop in Florence, the label is now a massive global empire. If you’re curious to trace its roots, Gucci: The Making Of examines the brand’s origins and its cultural impact on the world. Published at the time of the opening of the Gucci Museo in Florence, it covers the inspiration behind designs and features essays by stylists and journals, archival photographs and vintage advertisements.

SEE ALSO: Now you can Guccify your jacket too

Serving as a bible to legions of fashion lovers is The Fashion Book. This is the ultimate reference book — it spans 150 years of fashion history and covers the A-Z on both emerging and legendary designers, influential photographers, stylists and models. As comprehensive as any encyclopaedia, each entry is accompanied by a photograph or drawing, with biographical information. What also makes this book particularly useful for fashion newbies is its cross-referencing system and glossary to aid readers in understanding the various collaborations and ties between labels.

4. Dior By Avedon By Justine Pidarde

If you’re looking for a hardcover fashion photography book to impress your guests, Dior by Avedon ticks all the right boxes. It traces the near 30-year relationship between Dior and Richard Avedon, one of the world’s most acclaimed photographers, through 150 unpublished and published photographs. Avedon was best known for his style of humanistic fashion photography and candid, emotive portraits. He captured models in their most natural form, allowing for fluidity in poses, and for their vulnerability to peek through the images. One of Avedon’s most iconic images for the house includes the one above where model Dovima wears an evening dress as she’s flanked by two elephants at Cirque d’Hiver.

Bound in solid black, Tom Ford is one of those fashion books to keep for generations to come. It’s a catalogue of the designer’s best works during his time at Gucci and Yves Saint Laurent from 1994 to 2004. A spotlight on his designs for the label’s store, advertising and architecture, the book features more than 200 photographs by some of the world’s biggest photographers, including Steven Meisel, Helmut Newton and Todd Eberle.

This cult-coffee table classic is mandatory for fans of legendary fashion stylist Grace Coddington, who’s loved everywhere for her personality that’s reportedly as big as her hair. In this 408-page collection, she compiles her work at American and British Vogue over 30 years with spreads and photography by some of the biggest names, including Patrick Demarchelier and Peter Lindbergh. The book includes a foreword by Anna Wintour, and introduction by former Vanity Fair fashion editor Michael Roberts.

A daring addition to any coffee table or shelf, this book celebrates the  departed designer, and spans his career from his days as struggling with an emerging label to a look at his London palatial house. Alexander McQueen dared to go where few went, combining his distinctively theatrical, often radical, style and meticulous eye for tailoring, well-honed from his experience with Savile Row. The book showcases the provocative designer’s most iconic works, revealing how he combined his tailoring background, technology and haute couture to create his most influential works.