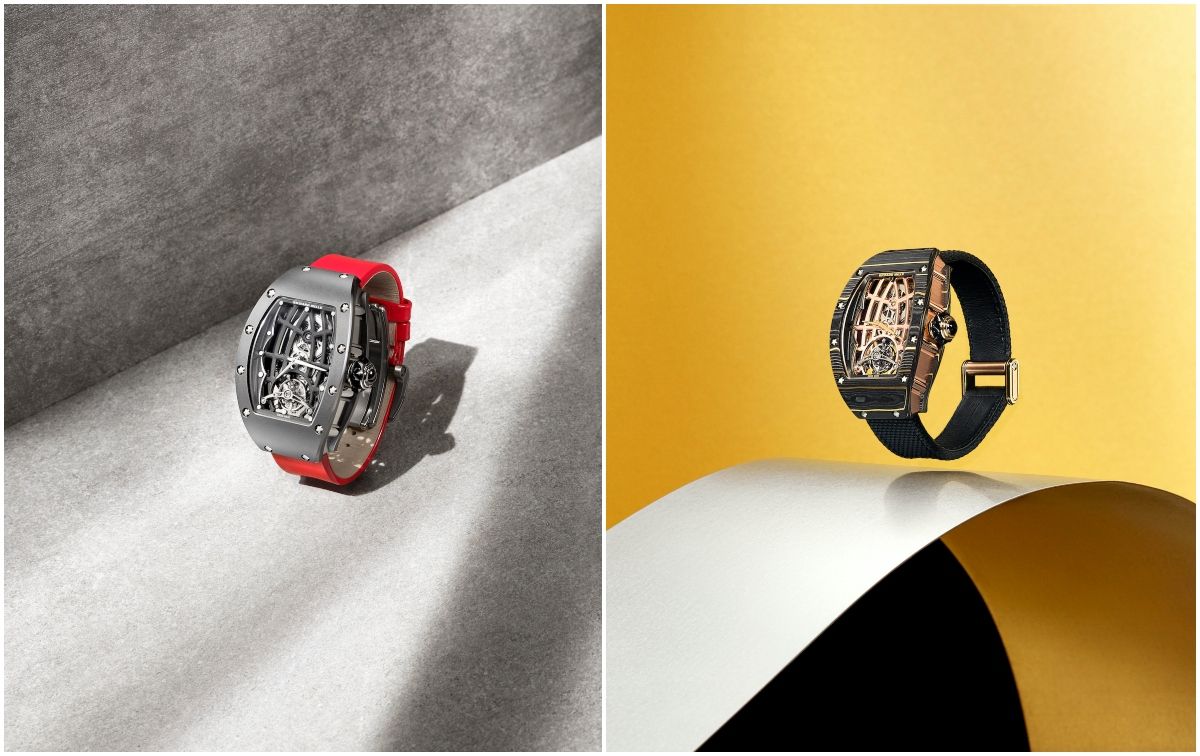 The lightweight yet hardy timepieces with svelte lines both feature an exquisitely crafted tourbillon movement at 6 o’clock.

Known for its uncompromising approach to watchmaking and highly technical architectural pieces, Richard Mille’s alluring new RM74-01 and 74-02 In-House Automatic Tourbillons are characterful models that stand out for their innovative materials.

Sleek and seductive, the RM 74-01 features a bezel made of grey Cermet, which took Richard Mille and the IMI Group – a microtechnology specialist – many years to develop the application of the material and its singular grey tone for watchmaking. Comprising a metallic zirconium matrix associated with high-performance ceramic inserts, Cermet boasts the lightness of titanium with the hardness of ceramic comparable to that of a diamond. 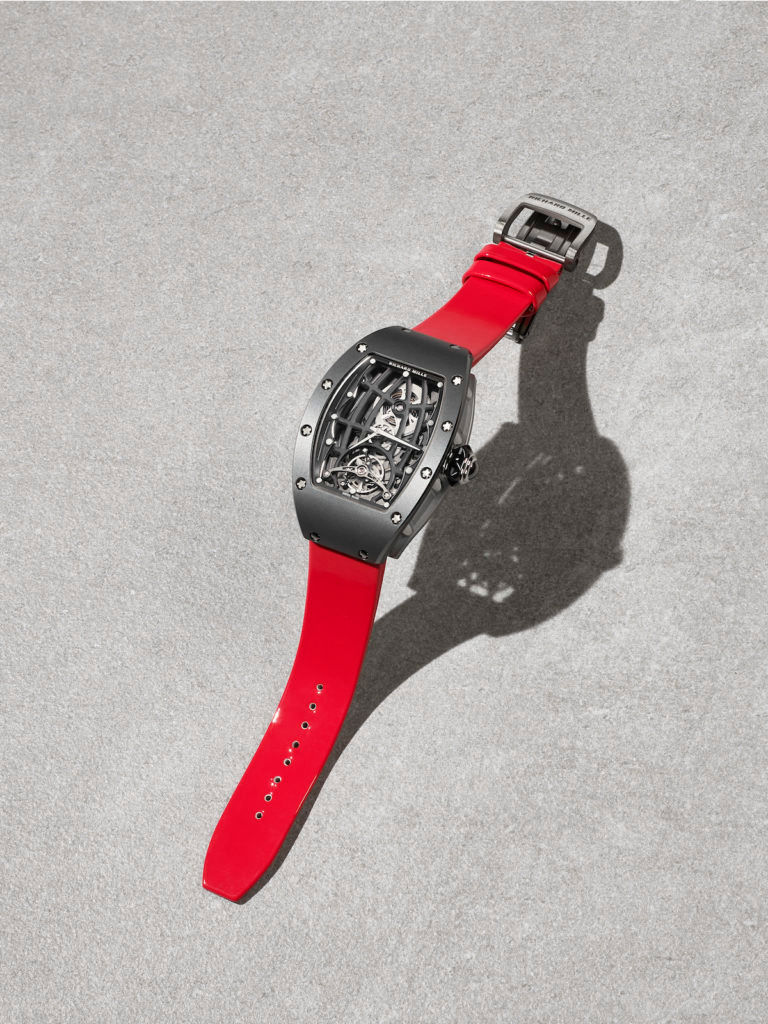 Also used in racing car brakes and parts of the external fuselage for aerospace, the alloy offers exceptional resistance to corrosion or scratches, making it the perfect material for the bezel of the RM 74-01. A grade 5 titanium caseband, bridges and baseplate complete the robust three-section case construction.

The RM 74-02 flaunts another material exclusive to Richard Mille, Gold Carbon TPT. The result of several years of research, the technological challenge was the unprecedented combination of a singular composite material like Carbon TPT with precious 24k yellow gold leaf. The result is a striking contrast between the matte black of carbon and the radiance of gold. Both the machining programmes and cutting tools required adaptation to achieve an impeccable finish. The distinctive curved contours of the case are punctuated with linear threads of gold, while the shine continues to the red gold caseband and yellow gold crown.

Driving these two 52.63mm by 34.4mm models are the skeletonised automatic-winding movements CRMT6 for the RM 74-01 and CRMT5 for the RM 74-02. The materials used for the baseplate and the bridges are PVD- and electroplasma-treated grade 5 titanium for the former, and yellow and red gold for the other model. Beating to the rhythm of a tourbillon regulator with a free-sprung balance wheel, the constant energy flow from their fast-winding barrels is gently diffused via the involute profile gear teeth to ensure 50 hours of power reserve. Both movements draw their energy from a variable-geometry rotor that allows each watch and its winding to be personalised to the profile of its owner.

The delicate detailing on the movement and case accentuates the elegance of these two timepieces. The svelte lines of the RM 74-01 and RM 74-02 In-House Automatic Tourbillons perfectly showcase their respective tourbillon movements, positioned prominently at 6 o’clock. Adding a feminine touch to the pieces is the flange that features bevelled festoons that delicately frame the movement of each watch. Exquisite touches of hand finishing further refine the sophisticated features of both timepieces. It’s safe to say they’re testament to Richard Mille’s prowess in harnessing watchmaking science to create pure elegance.

Thinking, dreaming, innovating, creating, taking action… none of these would be possible without the brain. Since 2012, Richard Mille has actively supported the work of Paris Brain Institute. Founded in 2010 by Professors Gérard Saillant, Yves Agid and Olivier Lyon-Caen, the international scientific and medical research centre – located in the Pitié-Salpêtrière Hospital in Paris – brings together doctors, researchers, patients and entrepreneurs with the aim of understanding the brain and developing treatments for the diseases that affect it. Since its founding, the Paris Brain Institute has developed a predictive model for the evolution of Alzheimer’s disease, deep brain stimulation for the treatment of Parkinson’s disease, obsessive-compulsive disorder and Tourette’s syndrome, as well as new imaging approaches to observe phenomena that are usually impossible to detect by standard MRI in multiple sclerosis.

In 2019, the manufacture’s founder became a member of the Institute’s campaign committee. Richard Mille explains: “I was approached by my friend Jean Todt, who played a crucial part in the founding of the Paris Brain Institute, while Gérard Saillant, the institute’s president, convinced me of the need to support this cause, to play a part in it by supporting the institution in a lasting and reliable manner to ensure the means to make long-term projections and greater visibility.”

It’s significant to note that brain diseases affect nearly one billion people worldwide and this figure is set to increase with the ageing of the population. Supporting Paris Brain Institute means assisting over 700 researchers who are committed to improving the daily lives of these one billion and inventing treatments that could change their everyday lives. Mille elaborates: “Just a few years ago, the institute had to campaign to recruit scientists. This year, the founder went one step further and created the Richard Mille Donors’ Club. Today, the institute receives unsolicited applications from top researchers seeking to come and work there. In my view, it is our responsibility to support this success and level of performance by helping the Institute function optimally. Supporting a structure as advanced and promising is a noble cause. Lending our support to this research helps saves lives and improve many existences.”