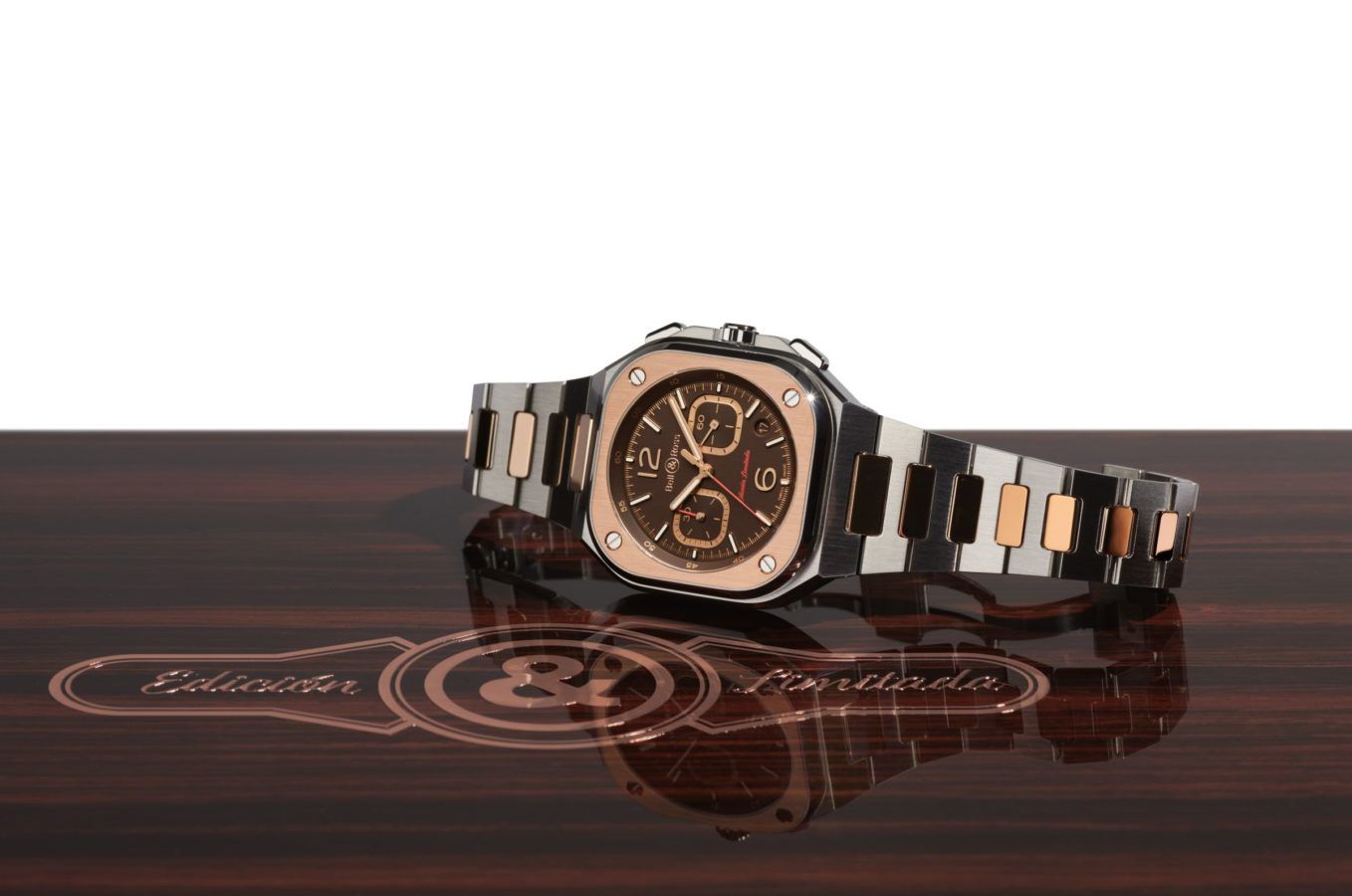 Bell & Ross is intricately linked to the world of aviation.

However, it’s latest addition to the Bell & Ross family takes inspiration from the world of cigars. Feast your eyes on the BR 05 Chrono Edición Limitada, an attractive chronograph that boasts stylish nods to the scented curls of Havana.

Bearing a Spanish-sounding name on the dial (an obvious reference to Cuba, the island of cigars), the Edición Limitada is based on the BR 05, the sport chic watch by the French-Swiss Maison. First launched in 2019, the model is an evolution of the iconic BR 03.

Despite retaining some of the same design details such as the square case with four screws on the edges, the BR 05 does however incorporate softer lines through its rounded corners. Its case and integrated strap are also joined together as one. Aimed for the chic, stylish dandy and urban epicurean 42mm BR 05 Chrono Edición Limitada is a more distinctive variation on the BR 05 chronograph. 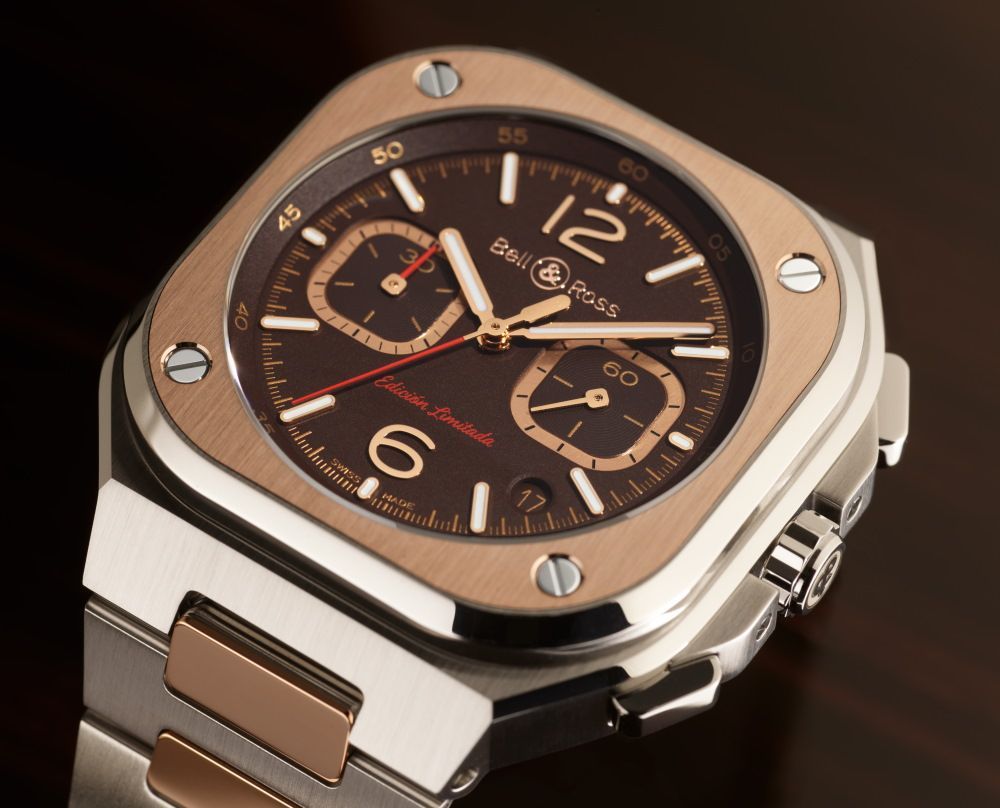 The elegant BR 05 Chrono Edición Limitada chronograph echoes the spirit of the previous Edición Limitada. Its finish is inspired by the world of Havana cigars.  A cigar is defined by two main elements: the colour of its wrapper (the leaf it’s wrapped in) and its module (its shape and length).

With its rounded square corners and 42mm case, the BR 05 Chrono Edición Limitada chronograph evokes the Robusto cigar, a famous thick, short cigar with a square tip. This precious and decidedly chic launch takes on a colour code of brown, pink and deep red. These tones evoke the Maduro cigar, with its dark brown wrapper finished with a red and gold ring.

The dial is dressed in matte brown, mirroring the tobacco leaf surrounding the cigar. Gold covers the small, subtle details, like the outside of the chronograph counters. To evoke the cigar bands, red adorns the timepiece’s stopwatch hands. Last but not least, as a nod to the cigar’s roots, the Edición Limitada inscription on the dial is written in red and in Spanish.

Although the colour code evokes elements of the cigar, it is also utilised to separate the different functions of this particular Bell & Ross chronograph. The two stopwatch hands are dressed in red with the large central hand measuring the seconds, while the small hand on the counter at 9 o’clock measures the stopwatch minutes. The counter at 3 o’clock houses a small golden hand which displays the seconds offering no risk of confusion.

Dedicated to the world of cigars, the colour palette isn’t the only thing that makes this collection stand out. The materials are a mix of gold and steel, creating a harmonious result. On the BR 05 Chrono Edición Limitada, gold, a rare material, features on the bezel and strap links. Both the case and the rest of the strap are made of steel. The colours of both metals pair very well with the dial’s matte brown.

A refined chronograph, the BR 05 Chrono Edición Limitada houses a self-winding BR-CAL301 movement. The counter at nine o’clock indicates the chronograph minutes. The counter at three o’clock displays the small seconds. The date is displayed in a discreet window set between 4 and 5 o’clock, a useful function of valued precision.

The BR 05 Chrono Edición Limitada arrives with a choice of two straps. A brown rubber strap provides a sportier feel. The other is significantly more luxurious – a 4N rose gold and steel strap, which pairs impeccably with the steel case and its rose gold bezel.

This collector’s watch is delivered in a spectacular precious wood box. The Bell & Ross logo is embedded to its lid in the form of a cigar ring in gilded steel and 5N gold. The elegant case is adorned with varnished ebony on the outside and cedar wood in the inside.

A beautiful piece in its own right, the case is designed to easily turn into an authentic cigar box. The colours used in its materials match those of the BR 05 Chrono Edición Limitada chronograph. The timepiece is limited to 250 pieces.