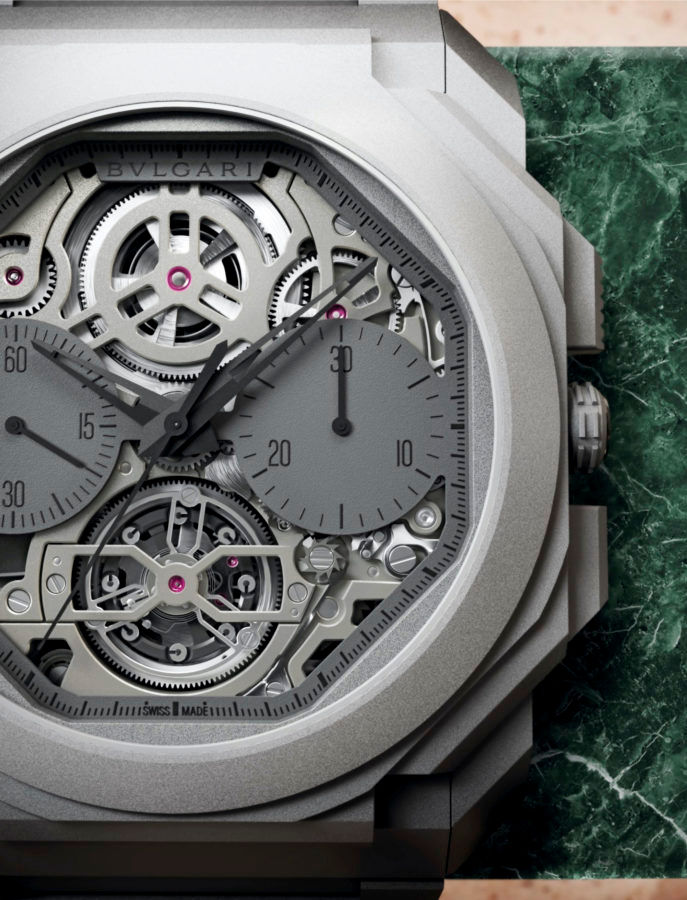 This timepiece is the maison’s sixth record-setting marvel.

The integrated movement features Bvlgari’s record-setting thin chronograph, unveiled last year in the Octo Finissimo Chronograph GMT Automatic. At a remarkable width of just 7.4mm, the case houses the caliber BVL 388 – the ultra-slender 3.5mm openworked single-push chronograph tourbillon movement with a power reserve of 52 hours. Flaunting a two-counter display in matte grey and weighing just 100 grams, the entire case and bracelet of the limited-edition 50-piece model is crafted in sandblasted Grade 5 titanium with a transparent caseback from which the movement can be admired.