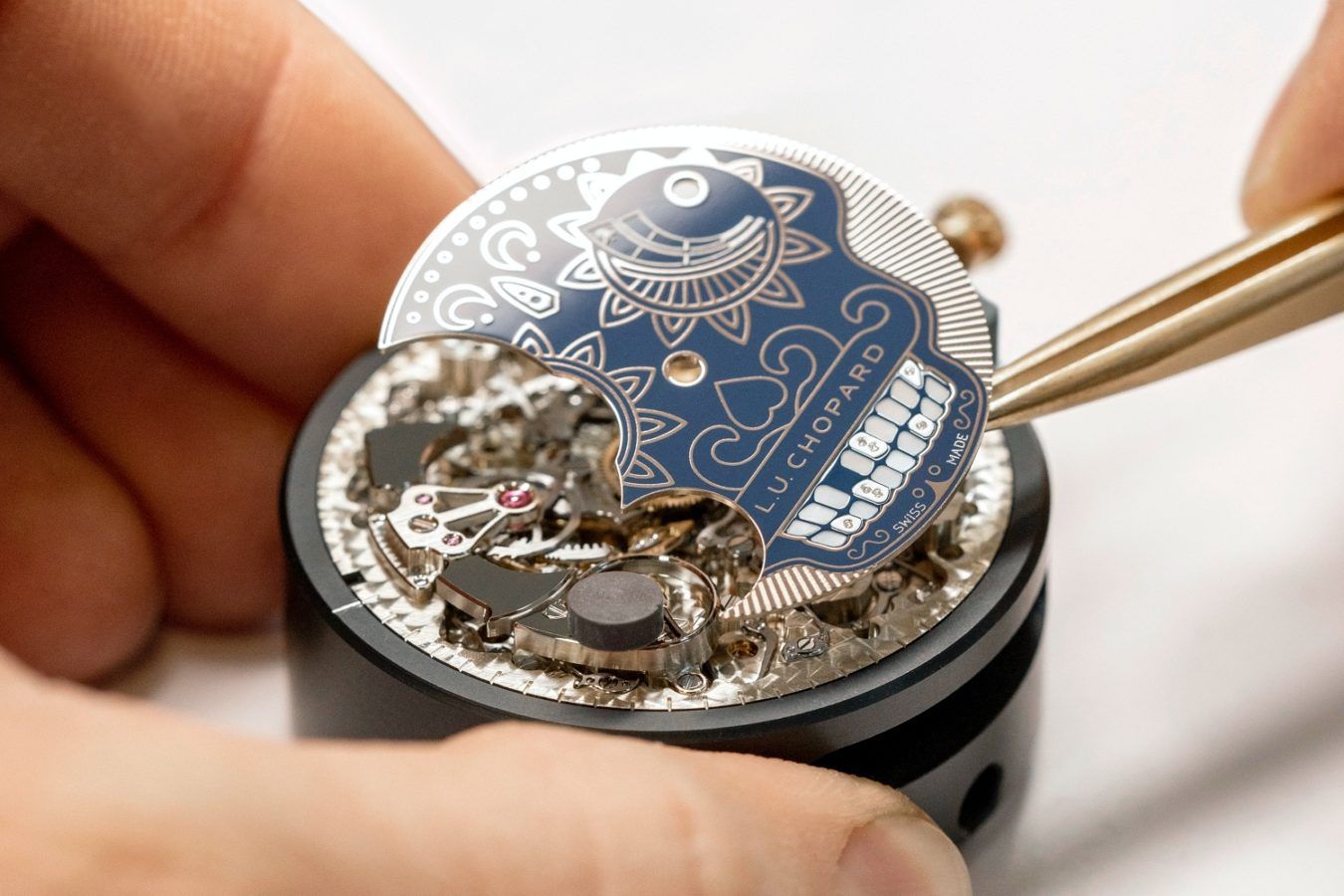 Under Karl-Friedrich Scheufele’s watchful eye, Chopard has excelled in areas that matter to the brand, from chiming mechanisms and artistic crafts to high-precision movements. We look closely at two novelties in its L.U.C and Alpine Eagle collections.

Chopard’s L.U.C. collection as we know it today is entirely the making of the brand’s co-president Karl-Friedrich Scheufele, who during the past 25 years has tirelessly pursued true innovation and artisanship in watchmaking. In 1996, Manufacture Chopard first introduced the L.U.C 1860, powered by the Calibre 96.01-L that was both Geneva Seal and COSC-certified, a time- and-date-only watch that became an instant classic and secured Chopard’s place amongst the watchmaking greats.

Since then, the L.U.C collection has grown and matured, encompassing the manufacture’s persistent endeavours in fine watchmaking to Scheufele’s exacting vision. More movements, more complications and more extraordinary pieces have culminated in this year’s 25th-anniversary celebration timepieces, such as the elegant L.U.C Quattro Spirit 25 and unique pieces such as the L.U.C Full Strike “Dia de los Muertos”, a minute-repeater watch that honours Mexico’s Day of the Dead.

Aside from the L.U.C, another Chopard collection that’s creating a buzz is the new Alpine Eagle, unveiled two years ago and based on the St Moritz, an ’80s sports watch Scheufele designed in his youth. The launch of the Alpine Eagle was especially meaningful for the family, as it was Scheule’s son, Karl-Fritz, who came to his father with the idea of reinterpreting the now- discontinued watch and turning it into a contemporary classic.

This year, the collection has a new addition featuring new material and a new calibre. We take a closer look at these two novelties and discover Manufacture Chopard’s extraordinary technical and artisanal capabilities.

This isn’t the first time Chopard has introduced a timepiece depicting the calavera, an artistic interpretation of the human skull seen in the Mexican celebration of the Day of the Dead. Chopard first introduced the L.U.C Perpetual T Spirit la Santa Muerte in 2018, followed by the L.U.C Skull One in 2020. This seems to have evolved into an annual tradition, with this year’s launch of the L.U.C Full Strike “Dia de Los Muertos”.

This minute repeater is powered by the L.U.C Calibre 08.01-L, which bears the Geneva Seal. A master of the minute repeater mechanism since 2016, Chopard won the Aiguille d’Or prize at the Grand Prix d’Horlogerie in 2017 for its L.U.C Full Strike watch.

The Day of the Dead is not a grim occasion; rather, it’s celebrated with joy, life and music, making the “Dia de los Muertos” chiming watch a fitting tribute to the festival. The minute repeater mechanism’s chime is even in tune with the music in the festivities, making this timepiece extra special.
There’s nothing subtle about the watch’s design.

It comes in an ethical white-gold case that’s entirely hand-engraved with imprints of skulls, guitars, birds and skeletons, topped by a bezel set with baguette-cut blue sapphires. The dial is also a work of art, with a guilloché pattern on the outer parts of the skull motif, while the calavera itself is engraved using the champlevé technique, which outlines the skull, crossbones, moustache, nose and tattoos in relief. The rest of the surface is covered with blue lacquer, with final touches in mother-of-pearl forming a quirky smile with seven diamonds “fillings” on the teeth.

The design also seamlessly incorporates the minute-repeater complication, for which the hammers become one of the eyes, while the concentric power-reserve indicator forms the other. The calavera’s moustache conveniently becomes the setting for the inertia regulator, which aids in defining the cadence of the strike. The Calibre 08.01-L’s development took 15,000 hours and resulted in several patents, including the crystal, which is machined out of one block of sapphire to give the watch its unique sound intensity. The watch also comes with a patented strikework-pusher disengagement system, which protects components from breaking in the event that the striking mechanism is reactivated while the watch is still chiming.

To ensure the sounding mechanism is also secure, the calibre is equipped with a separate barrel that stores energy for the strikework alone – sufficient for 12 complete soundings of the longest time (i.e, 32 strokes heard at 12:59 pm) – and also prevents it from being activated if there’s insufficient energy in the barrel to strike the required sequence. The longer hand of the indicator at 2 o’clock indicates strike work power reserve, while the shorter hand shows the reserve for movement’s power reserve, which when fully wound is 60 hours.

High frequency improves chronometry, a subject that’s very dear to Karl-Friedrich’s heart, as a calibre’s high-frequency performance has the essential function of maximising its accuracy precision. In fact, as far back
as of 2012, Chopard was already working on a series of watches with a chronometer-certified high-frequency movement, enhancing its L.U.C collection with the L.U.C 01.06-L calibre in an experimental series of 100 L.U.C 8HF timepieces in titanium, which are now genuine collectors’ items.

Chopard’s high-frequency movements – once the domain of high watchmaking and the sporty Superfast lines – have now found a place within the Alpine Eagle collection in the brand-new Alpine Eagle Cadence 8HF Titanium.

When Chopard launched the Alpine Eagle two years ago, it was seen as the brand’s entry in the all-steel sports-watch frenzy that was raging at the time. The watch was extremely well received from the start, propelling the brand into confidently releasing more variations thereafter. The chronograph version was launched last year but it’s this year’s Alpine Eagle Cadence 8HF Titanium that has us on the edge of the seat.

The 41mm watch is cased in titanium for the first time, making it both light and robust. What’s even cooler is the all-new self-winding Calibre 01.12-C within, which features a high-frequency escapement beating at 57,600 vibrations per hour (8Hz) – in other words, twice as fast as a standard automatic movement – while offering a power reserve of 60 hours. And like all its predecessors, its exceptional precision is certified by the COSC.

All the codes of the Alpine Eagle remain, from the eight screws on the bezel circle, its satin-brushed and polished surfaces, to the intriguing dial, featuring the sunburst “eagle iris” pattern, a direct tribute to the bird
of prey that inspired the collection. To keep the dial clean and simple, baton-type hour markers are used, except for the Roman numeral at 12 o’clock. The dial also bears the inscription “8 HZ Chronometer” beneath the Chopard
name, as well as a dynamic arrow-shaped logo above 6 o’clock, a hallmark for all the brand’s high-precision watches. The Alpine Eagle Cadence 8HF is produced in a 250-piece numbered limited edition.