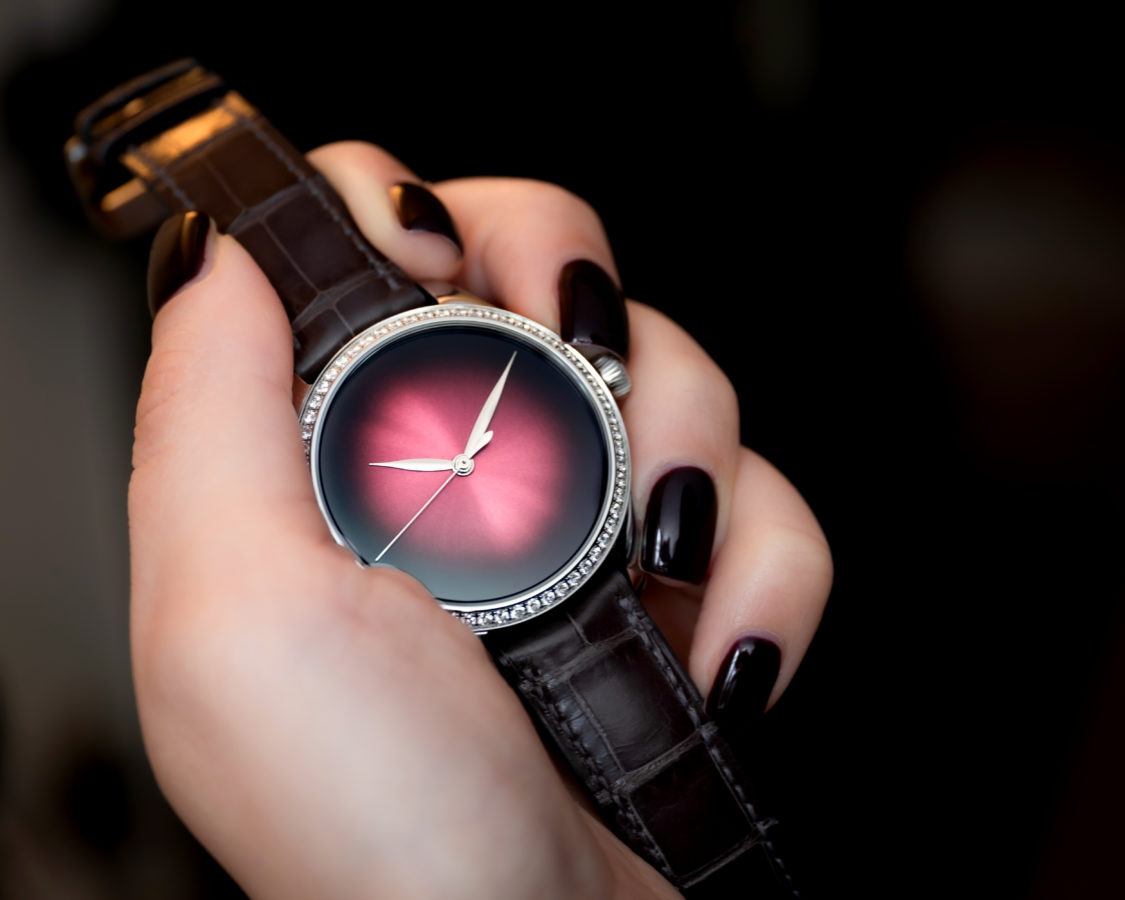 The Schaffhausen manufacture unveiled three limited-edition references to commemorate the fifth anniversary of the Concept series.

Showcasing H. Moser & Cie.’s unique take on haute horlogerie with its distinctive stark dial, the collection is the complete antithesis of timepieces with multiple subsidiary dials and features.

The Endeavour Centre Seconds Concept redefines the notion of luxury by stripping away the superfluous to showcase a dial devoid of embellishment, indexes or logo. The manufacture demonstrates that simplicity can be both surprisingly effective and unexpectedly powerful, placing emphasis on unadulterated craftsmanship and savoir faire, which are often eclipsed by marketing campaigns.

The 40mm variants flaunting the famous Funky Blue fumé dial are available in 5N red gold, white gold or steel case. The three-hand The Endeavour Centre Seconds Concept model is driven by the self-winding manufacture calibre HMC 200, while the Endeavour Tourbillon Concept is powered by the in-house HMC 804 self-winding calibre. Burgundy, a new fumé dial colour never before seen in the Endeavour family, graces a 38mm model paired with a dressier diamond-set bezel.

Dial it down with these 3 Minimalist Watches