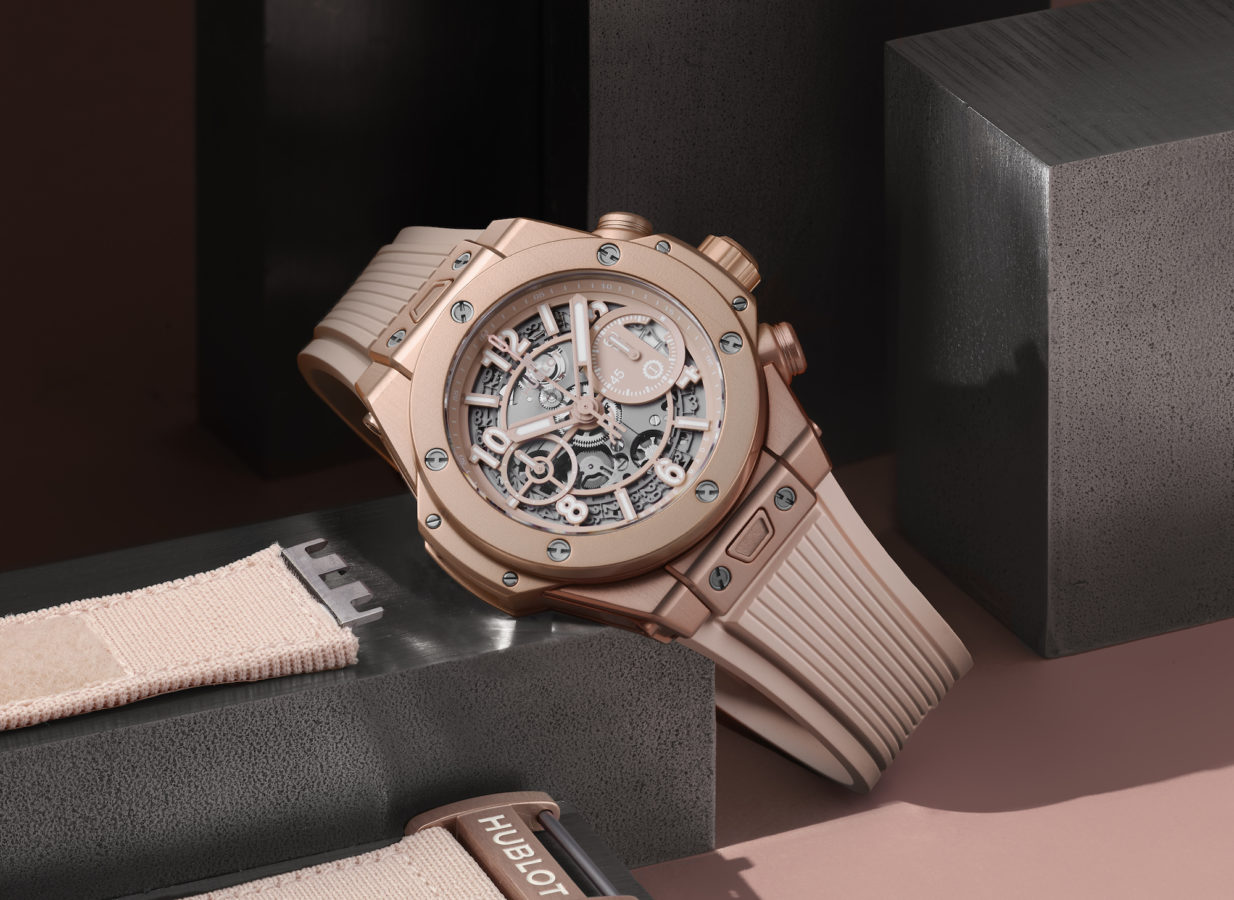 Not content with merely showing up on Instagram-ready restaurants, home interiors, and Wes Anderson films, the blushing Millennial Pink hue has finally made its way onto a watch.

And not just any watch; but one of the most recognisable models in the horological world today: Hublot’s Big Bang.

Simply named the Big Bang Millennial Pink, the timepiece is drenched in the world’s most famous hue, which has — since its resurgence in 2017 — become a symbol of the changing mores of our increasingly gender-neutral society.

It couldn’t have come at a better time too, now that the limelight has been placed once again on the inequalities faced by people across the gender spectrum.

Developed in partnership with custom-design firm Garage Italia — which is owned by Lapo Elkann, the scion one of Italy’s most prolific industrial families — the limited edition timepiece sits comfortably at 42mm on the wrist. It is, after all, meant to be a gender-neutral timepiece.

“At Garage Italia, we want to be part of a world where the character of every person is defined by their love of life and their inclusivity, rather than by their power or their superiority,” said Elkann. “More than simply a product, we want to create something which represents a positive change.”

Ricardo Guadalupe, CEO of Hublot, added that Millennial Pink was “symbolic of the world available to us, in its constant state of flux.”

The case comes fashioned from lightweight aluminium, which has been anodised, satin-finished, and then through-tinted the the shade of salmon pink with a process that’s been developed specially by Hublot’s engineers. The industrial-chic case is also scratch- and impact- resistant.

The skeletonised dial reveals the Unico chronograph manufacture movement within, and sports matte appliqués in the same shade, topped with white luminescence for contrast in the day, and easy viewing at night.

It might be a pink watch but Hublot still wants this to be as versatile an accessory as possible. Two matching straps are available here: A rubber strap with a titanium deployment buckle and a Velcro and knitted PES fabric version. The brand’s proprietary One Click system has been integrated within both so you can make your own swap without breaking a sweat.

Only 200 pieces of the Hublot Big Bang Millennial Pink will be made, and each retails at The Hour Glass for S$27,500. If you were looking to make a statement this year, this chromatic illustration of a new era is an easy choice. More details here.