“Manners maketh man”. And so does his timepiece.

Leading up to the release of The King’s Man, Jaeger-LeCoultre and Mr Porter have teamed up on the release of the Master Ultra Thin Kingsman Knife watch, a piece that brings gentlemanly sophistication to the rough and tumble world of the spy game. 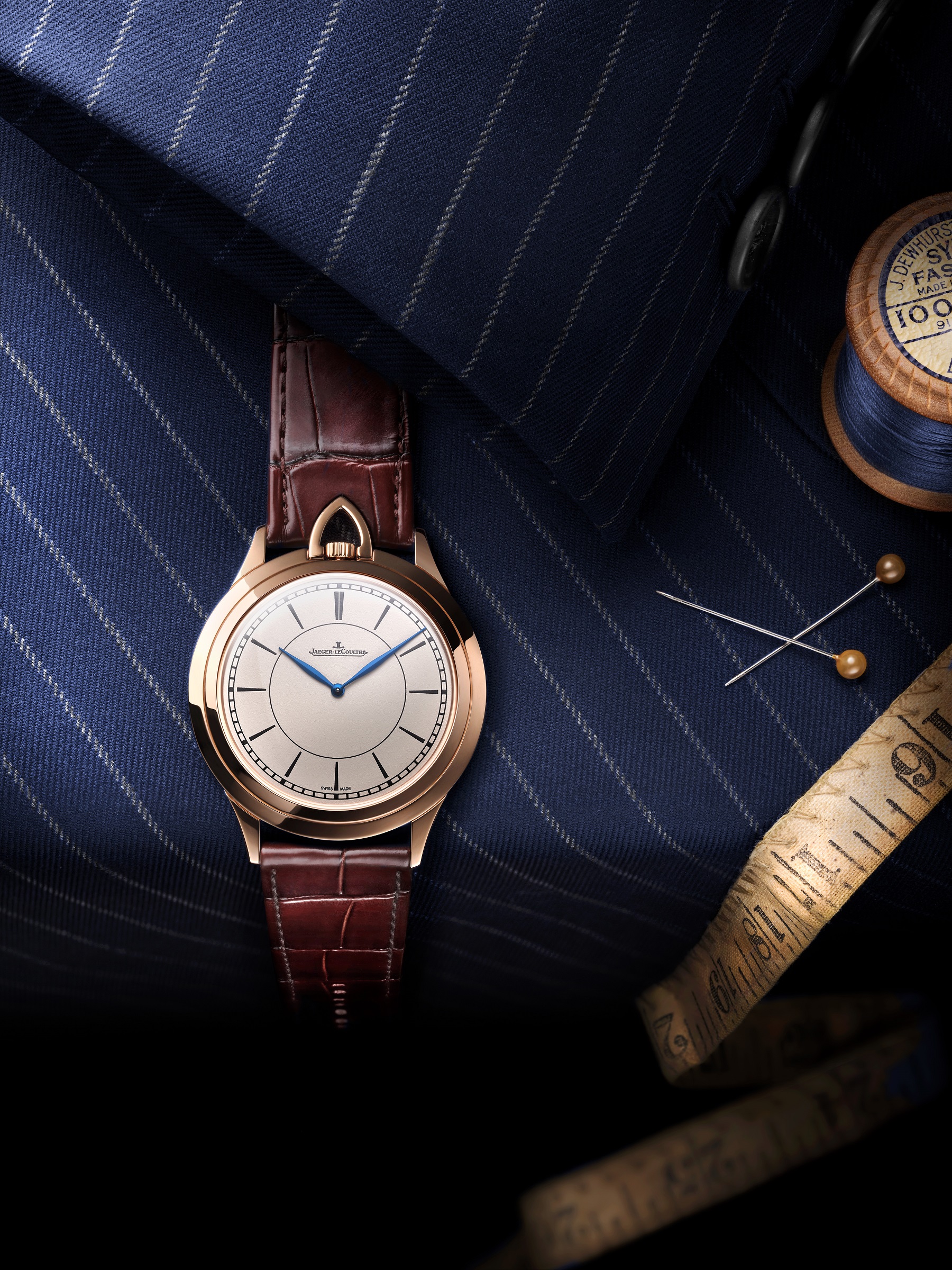 Limited to just 100 pieces, the watch is inspired by Jaeger-LeCoultre’s celebrated 1907 Couteu pocket watches, featuring a winding crown located at 12 o’clock, with a discreet cutout in the alligator strap to accommodate it. It also has a broad bezel that slopes gently from the sapphire crystal all the way to the edge of the case, creating a knife blade-like effect. Inside, it is powered by Jaeger-LeCoultre’s Calibre 849 movement – at just 1.85mm thick – and housed in an 18-karat rose gold case.

While it pays homage to Jaeger-LeCoultre’s traditional pocket watches, the Master Ultra Thin Kingsman Knife watch has been modernised and its aesthetic toned down with simple index hour markers to keep the dial refined and clean, while a finely drawn ring is repeated as a circular highlight on the bezel. Presented in an elegant 40mm size, the pink gold case is a mere 4.25mm thick. Directed by Matthew Vaughn, The King’s Man is the latest entry in The Kingsman spy-comedy franchise, and is slated for a September 2020 release. It serves as a prequel to the films, tracing the origin of the Kingsman secret intelligence organisation and stars an ensemble cast that includes Ralph Fiennes, Gemma Arterton, Daniel Brühl and Aaron Taylor Johnson.

“Our manufacture is proud of its heritage which drives the creativity of our master watchmaking since 1833. We are delighted to partner with Matthew Vaughn and Mr Porter to unveil a unique timepiece celebrating the elegance pioneering spirit. The thinness of this watch, inspired from a pocket-watch with a knife shape from 1907 is illustrating the skills and creativity of our fully integrated manufacture. It represents the spirit of times with timepieces passed from generation to generation,” Catherine Renier, CEO, Jaeger-LeCoultre, says.

Sign up to get the latest luxury and lifestyle news delivered to your inbox.
Jaeger-LeCoultre Mr Porter Brand collaborations
Charlene Co
watches