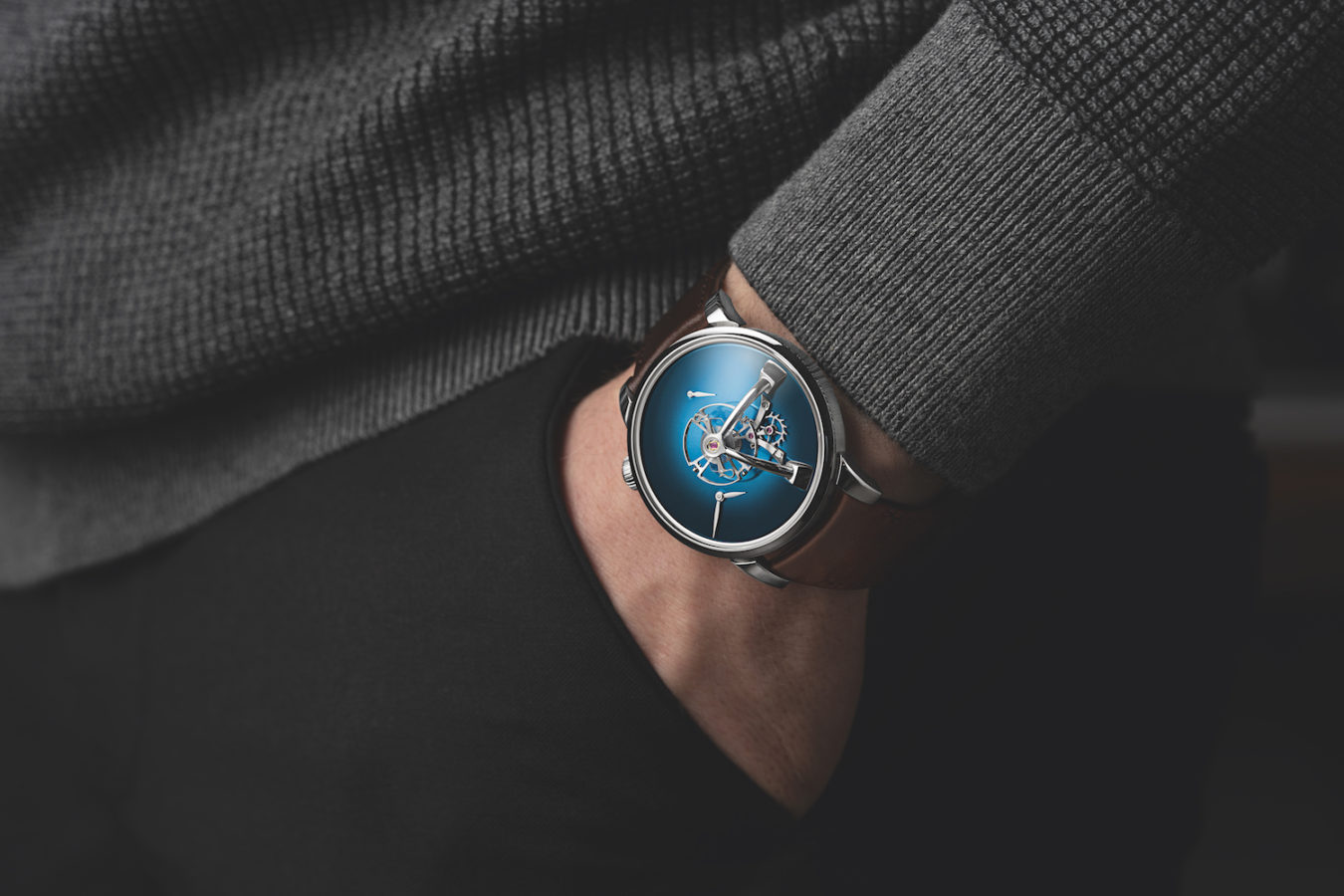 The LM101 MB&F x H. Moser is a match made in haute horlogerie heaven

Style
The LM101 MB&F x H. Moser is a match made in haute horlogerie heaven
Share
Next article

To commemorate both independent Swiss manufactures’ 15th anniversary, MB&F and H. Moser & Cie have created the LM101 MB&F x H. Moser – one of two watches in their first ever collaboration.

With minimalism guiding its creation, the LM101 MB&F x H. Moser is essentially a reinterpretation of the purest and “simplest” Legacy Machine by MB&F. In line with H. Moser & Cie’s back-to-basics approach with its Concept watch series, MB&F also chose to remove its logo to return to its roots and the very origins of horology when only the movements were signed.

In the same understated spirit, the timepiece has abandoned the floating domed subdials to display the hours and minutes, as well as the 45-hour power reserve employing hands placed on the main dial. The fumé dials borrowed from H. Moser & Cie. are expressed freely, and are enhanced by a refined bezel.

Four limited editions of 15 pieces fumé dials have been chosen for the LM101 MB&F x H. Moser: Red fumé, Cosmic Green fumé, Aqua Blue fumé and, the famous Funky Blue fumé. All are topped with a domed sapphire crystal with a case made of steel for the third time in MB&F’s history.

The Hour Glass is the exclusive retailer of MB&F in Singapore.

It’s lit: 6 lume dial watches you need in your collection