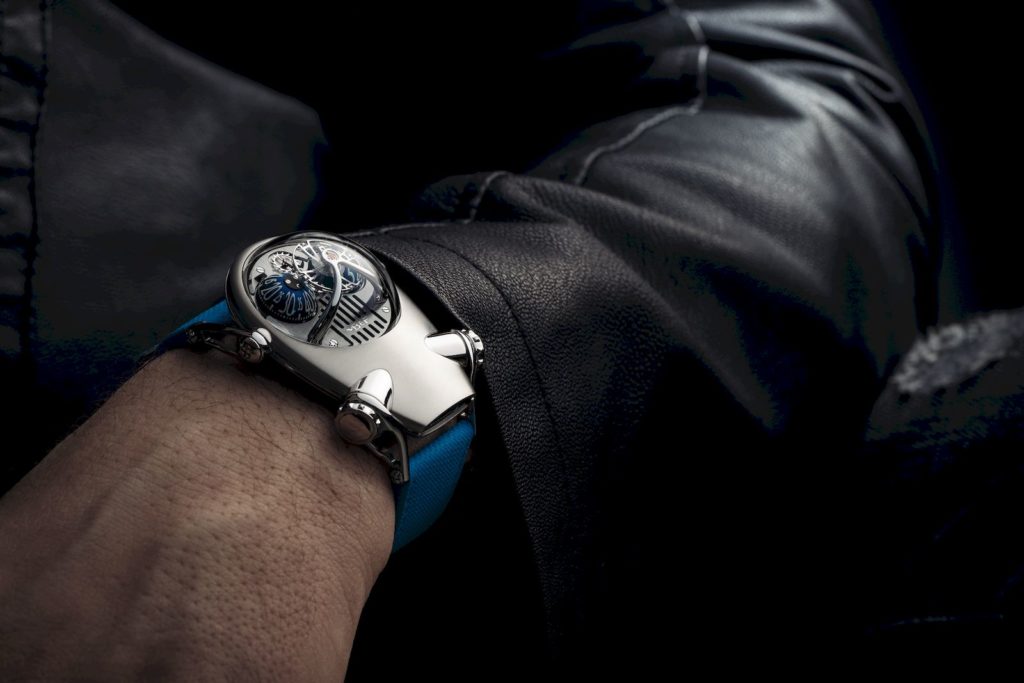 There’s more to MB&F’s Horological Machine N°10 ‘Bulldog’ than meets the eye. Its hinged jaws open and shut according to the amount of wind left in its mainspring – a fully closed mouth tells you that “Bulldog” is wound down. If you can clearly see the rows of shining teeth lining the jaws, get ready, because that means “Bulldog” is full of fight, charged up with 45 hours of mainspring energy. This massive power-reserve indication has been carefully designed and calibrated to consume the least energy possible, allowing it to direct its considerable mainspring torque solely towards its suspended balance and its revolving hour and minute domes.

The manual-winding engine of HM10 Bulldog was designed and developed in-house, leveraging the best of MB&F’s technical expertise. Despite its big personality – measuring 45mm across, 54mm from nose to tail and with a maximum height of 24mm – the machine is surprisingly wearable. Its sprung strap attachment “legs” allow the body to fit closely around the wrist, with the calf-leather strap as robust as any well-made leash – fastened with either a folding buckle or Velcro system.

MB&F creations have always attracted a highly loyal audience and HM10 Bulldog returns the favour in spades: Its allegiances go solely to its owner. Both the time indication and the power reserve display are visible to the wearer.