New in: Watches for June 2022 from Panerai, Vacheron Constantin and more 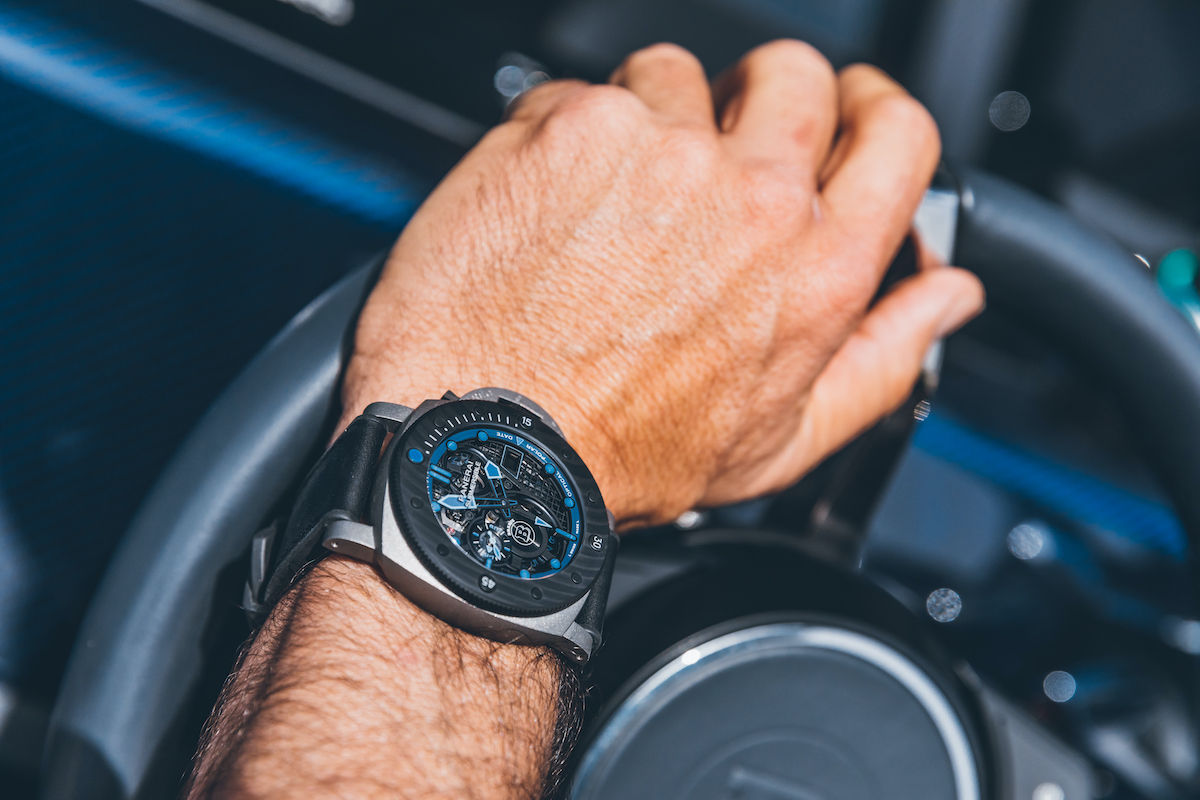 Style
New in: Watches for June 2022 from Panerai, Vacheron Constantin and more
Share
Next article

Discover the latest launch of technical triumphs in the world of watches for June 2022.

From the newest releases to updated expressions, this month features new timepieces birthed from partnerships and a breathtaking world timer.

First up, Panerai and IWC boost their partnerships with Brabus and the Mercedes-AMG Petronas Formula One Team respectively with the launch of new timepieces.

Panerai
The Italian watchmaker continues its partnership with luxury mobility brand Brabus via a second exclusive limited-edition dive watch, the Submersible S Brabus Blue Shadow Edition. Limited to 200 pieces, the 47mm model impresses with its blue and grey tones, which match the new Brabus Shadow 900 Deep Blue luxury day-boat. Its DMLS titanium case offers both performance and a striking matte finish. Made from robust and lightweight Carbotech, the unidirectional rotating bezel and lever boast a variegated pattern that is unique to each piece. Driving the watch is the new P.4001/S calibre, featuring a one-piece off-centre oscillating weight that allows for bidirectional winding. The tungsten oscillating rotor enables the movement and watch to be thinner and lighter. The timepiece is presented with two straps in bi- material comprising black rubber and leather, and deep blue rubber. 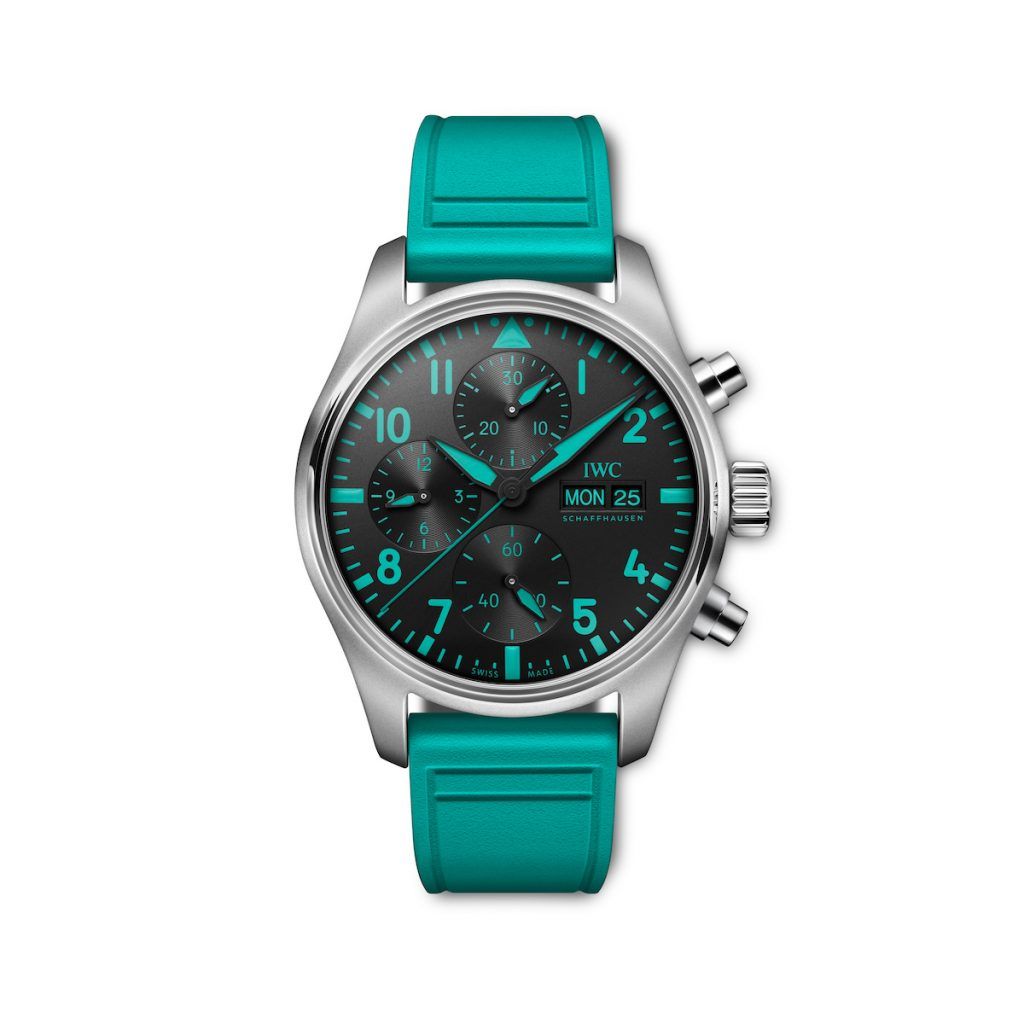 IWC Schaffhausen
The Swiss manufacture and the Mercedes-AMG Petronas Formula One Team unveiled the first official team watch to mark the inaugural Miami Grand Prix. Made from titanium, the Pilot’s Watch Chronograph 41 Edition “Mercedes-AMG Petronas Formula One Team” boasts a black dial with printing and luminescence in the team’s signature Petronas green. The IWC-manufactured 69385 calibre, a chronograph movement in classic column-wheel design, is visible through a sapphire caseback. The online-exclusive 41mm model is delivered with two straps in calfskin and rubber that can be changed quickly and easily via the integrated EasX-Change system. 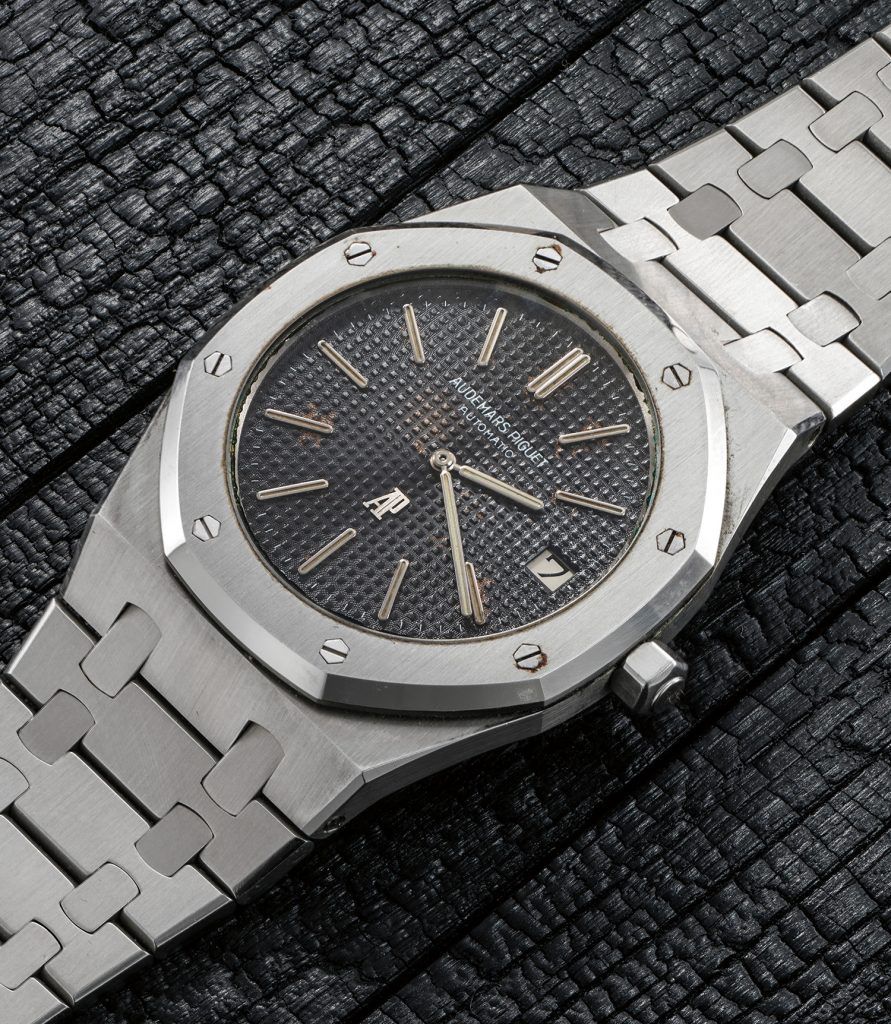 The Royal Oak 50th thematic auction
Held in May by Phillips in Association with Bacs & Russo in Geneva, the Royal Oak 50th thematic auction achieved a total of CHF22.3m (S$31.2m) in sales, more than triple the pre-sale estimate. Dedicated to the iconic Audemars Piguet Royal Oak, the commemorative white-glove sale of 88 curated lots saw the rarest assembly of historically important – and, in some instances, unique – models in one place. Many world records were set, including the well-preserved star piece: Ref 5402ST A2 in steel, the second Royal Oak ever produced. Its price of CHF1.058m (S$1.482m) set the world record for a vintage Royal Oak sold at an auction. Another noteworthy piece was the Royal Oak Jumbo “Karl Lagerfeld” Ref 5402ST. The distinctively blackened stainless-steel model, which fetched CHF937,500 (S$1.31m), is believed to have been purchased in Italy in 1974 and worn by the late fashion designer, Karl Lagerfeld. 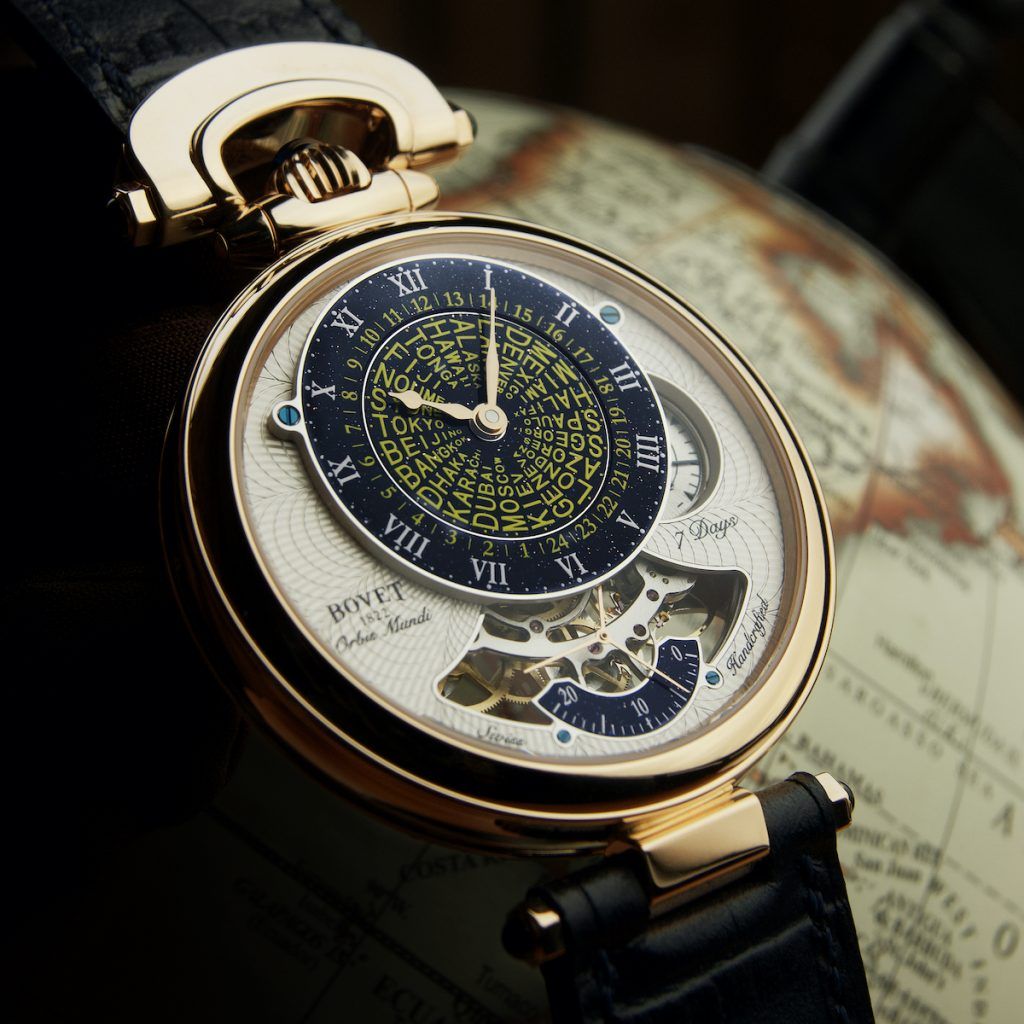 Bovet 1822 Orbis Mundi
Launched to celebrate Bovet 1822’s 200th year, the Orbis Mundi (the world in Latin) honours the manufacture’s tradition of multiple-time-zone timepieces. The breathtaking watch simplifies the setting and indications of the world timer for a new generation of watch collectors. Thanks to Bovet’s engineering expertise, it is user-friendly and intuitive as the crown sets the current time and the time for the 24 world cities with a counter clockwise and clockwise turn respectively. Exquisitely finished, the model stands out with its emblematic 42mm Fleurier case in either titanium or red gold, sapphire cabochon- topped crown and Bovet bow at 12 o’clock. Additionally, its dial features an opening at 6 o’clock to reveal the house’s proprietary balance wheel and regulating organ, its three-arm rotating second hand and a 20-second dial in aventurine glass. On the right of the world-time dial is the power reserve indicator that highlights the impressive seven- day power reserve.

Drawing from works by 17th-century Japanese painter Sōtatsu, each yellow gold dial features intaglio-type fine line engraving that reproduces an irregular chequered pattern with matte and shiny surfaces, creating the illusion of gold leaf decoration. The 41mm case of both models features fine line engraving on the bezel, caseband and lugs. The Thunder God model is engraved with volutes representing waves of thunder, while its minute repeater slider is adorned with six baguette-cut rubies to symbolise the power of lightning. There are also similar intaglio motifs on the watch case depicting the Wind God to express the filaments of clouds blowing the wind. Embodying the vitality of air currents are six baguette-cut tsavorites set on the slide piece.

This story first appeared in the June 2022 issue of Prestige Singapore.