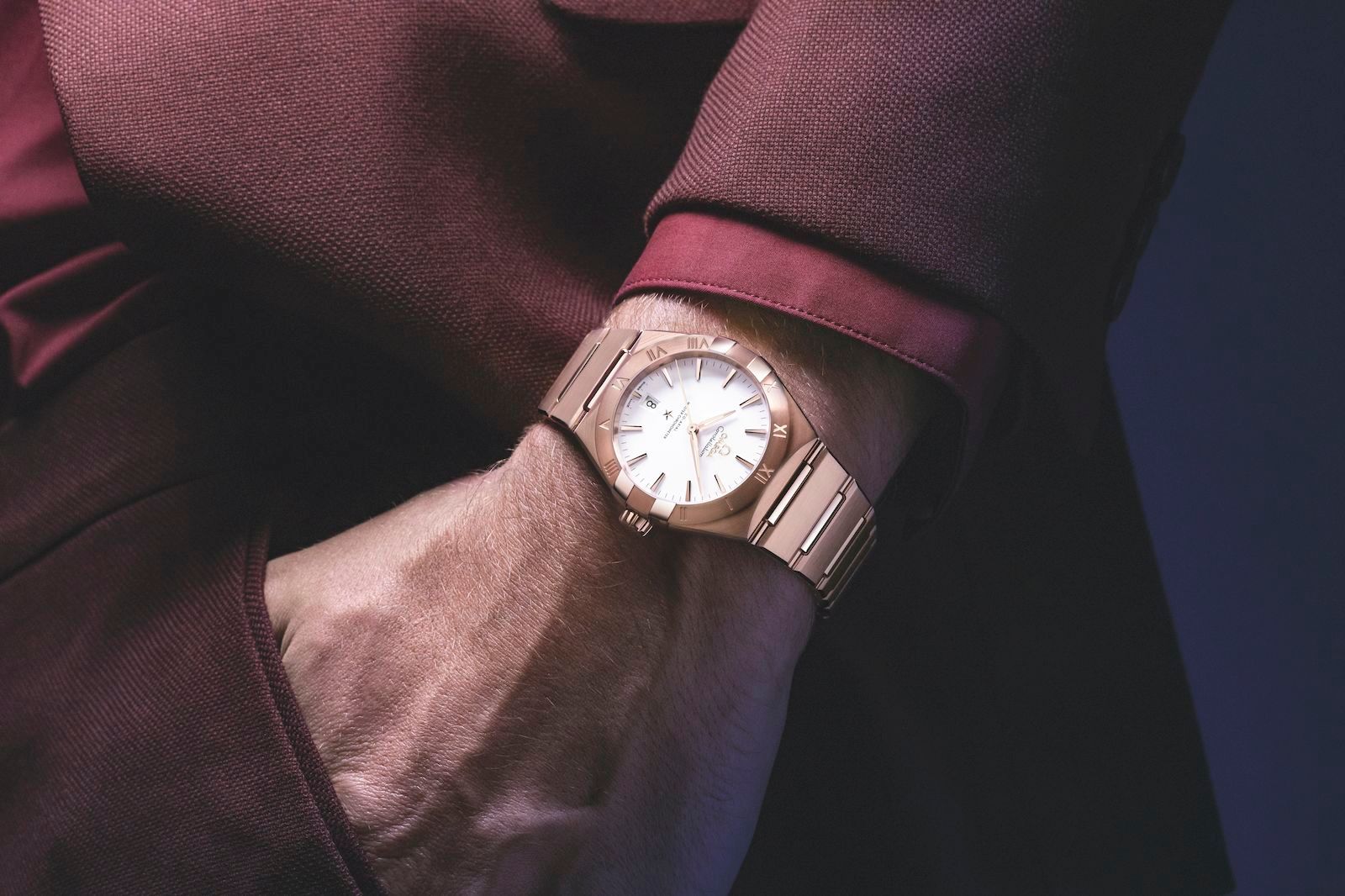 Launched in 1952 to showcase Omega’s expertise in precision timekeeping, the Constellation is one of the brand’s oldest and most iconic watch collections. Its inspiration was the 1948 Centenary – Omega’s first limited-edition timepiece and also its first automatic chronometer – created to commemorate the manufacture’s 100th anniversary.

Originally launched as a men’s chronometer, the Constellation has undergone multiple makeovers. From the first domed or “pie-pan” dials of the 1950s to the ultra-slim quartz watches in the 1970s, the line only achieved the aesthetics that most are familiar with from the 1982 Constellation Manhattan collection.

The hallmark features of these references were mainly the four claws on either side of the case at 3 and 9 o’clock, the barrel-shaped case with its half-moon facets at the top and bottom, the mono-link bracelet, as well as the perfectly circular dial and indexes on the bezel.

These details continued to be an integral part of the collection over the years, including the softer and rounder second generation in 1995, the robust Double Eagle in 2003, and the elegant Constellation ’09 in 2009. True to its name, every watch in the collection still bears an applied gold star on the dial, another signature of the Constellation series.

Fast forward to 2020 and the manufacture unveils the exciting fifth generation of 39mm models with a diverse selection of 26 new references. All of the watches have been given significant aesthetic updates, most notably the polished and bevelled edges along the case, claws and bracelet. Bezels are slimmer with redesigned Roman numerals, while claws have also been trimmed down to fit elegantly around the case. The redesigned hands and hour markers were inspired by the triangular facets of New York’s Freedom Tower. A trapezoidal date window is set below the golden star on the dial, while crowns are now conical for added sophistication. The new classic mono-rang bracelet sports a three-piece decor with polished and bevelled edges, and a 2mm comfort-release function.

All exuding a sense of refined business style, the latest models boast an impressive selection of captivating variations. You’ll be spoilt for choice with exquisite materials such as 18k yellow gold, proprietary 18k Sedna gold and stainless steel. Select from various two-tone or dual-metal configurations, along with dials with gold, blued or blackened accents. Variants with diamond hour markers are available too if you prefer a more flamboyant timepiece. There are leather straps in various colours as well if you are after other style options.

The new Constellation watches are driven by the in-house self-winding Co-Axial Master Chronometer Calibre 8800 or 8801, each boasting a 55-hour power reserve. The watches in this collection have also been upgraded to Master Chronometer status – the Swiss watchmaking industry’s highest certification for precision, performance and magnetic resistance.