Race to the stars with Hermès’ Arceau Space Derby watch

Inspired by 20th century American comic book superheroes, the maison invites us to an outer space voyage with its limited-edition timepiece.

The setting for a thrilling and futuristic horse race in the Arceau Space Derby from Hermès is brought to life in vibrant colours, hand-painted on an aventurine dial. Based on 20th century American comic book superheroes, the dial also reveals a brightly coloured cosmic equestrian team running a breathless derby among the stars, mysterious planets and constellations, as well as jockeys racing at full speed on a track winding through space.

Crafted in white gold and driven by a Manufacture Hermès mechanical self-winding movement, this reinterpretation of the original Space Derby silk scarf design certainly lends a new creative dimension to the Arceau watch. 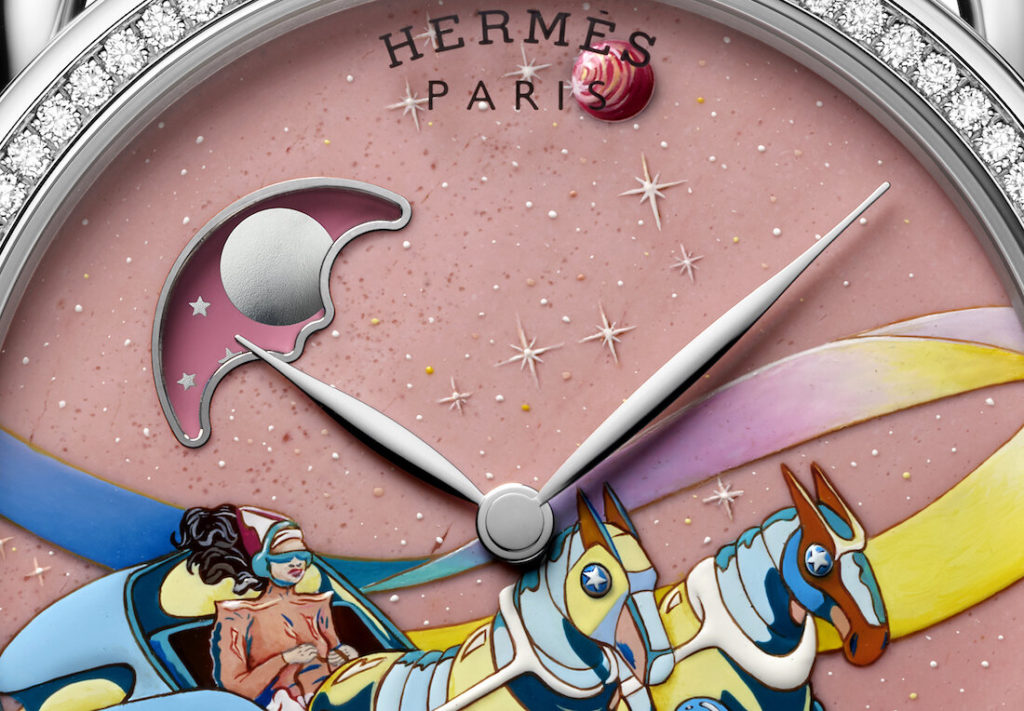 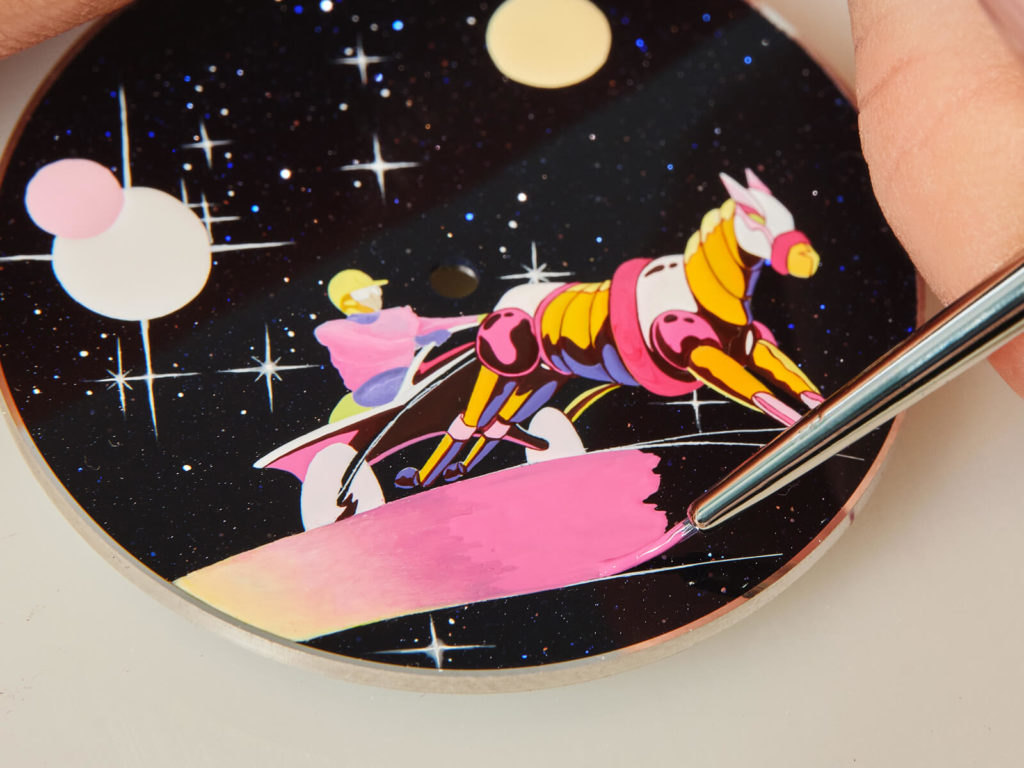 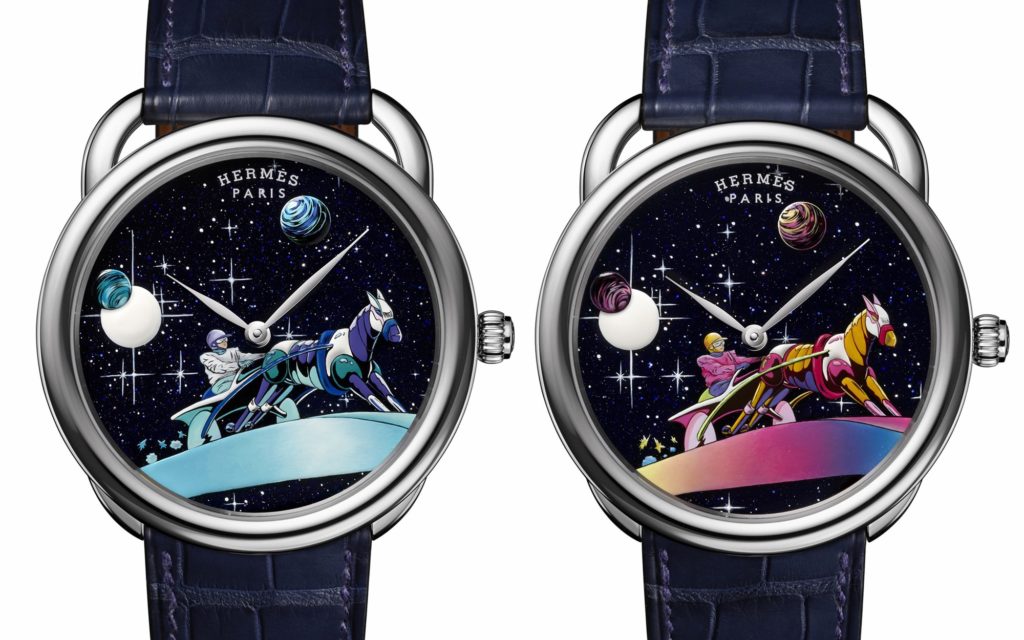