The eye-catching scene of the playful felines is set on a red mother-of-pearl dial set with 65 brilliant-cut diamonds – a tribute to Mr Winston, who was also known as the “King of Diamonds”. The warmth of rose gold recreates the magnificent tawny coat of the lovable cats with diamonds for eyes, while their stripes are expressed in red beaded mother-of-pearl. 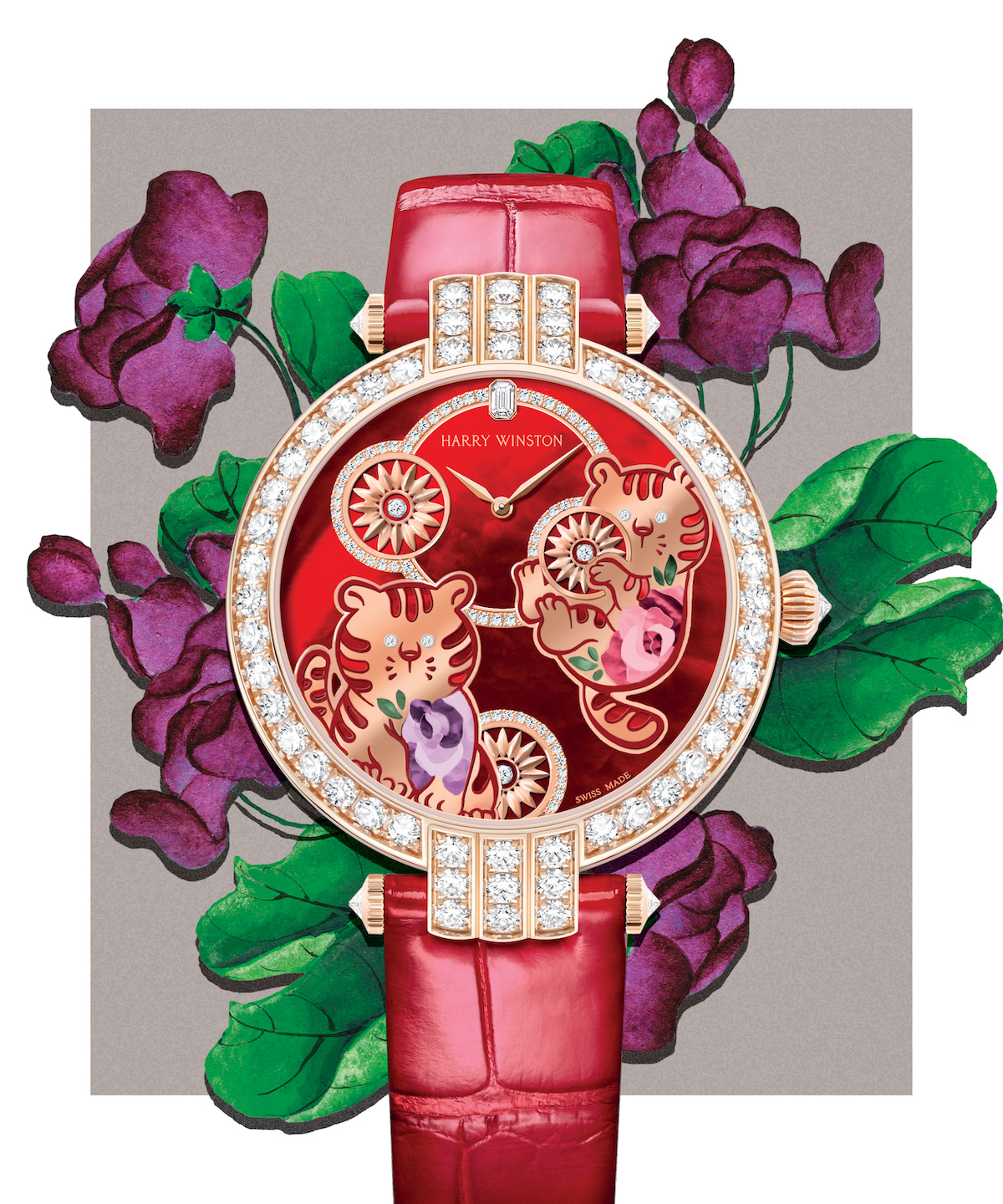 What makes this unique model extra special is that it is Harry Winston’s first timepiece featuring a rosette pattern inspired by the wrought iron gates at the grand entryway leading to its flagship salon on New York’s Fifth Avenue. Those familiar with the jeweller’s collection will recognise that the rose gold blooms are also the leitmotif of the Winston Gates fine jewellery collection. Each accented with a diamond in the centre, the three-dimensional rosettes add volume, texture and visual interest to the dial.

Brought to life with purple, pink and green beaded mother-of-pearl, the two peonies on the tiger cubs’ bodies are a nod to Mr Winston’s deep appreciation for nature. Adding even more sparkle are 57 brilliant-cut diamonds on the rose gold bezel, crown and lug tips. An exhibition caseback reveals the superior Swiss-made mechanical automatic movement with a power reserve of 68 hours. Limited to just eight pieces, the Harry Winston Premier Chinese New Year Automatic 36mm is presented in a special red box decorated with images of the tiger, rosettes and peonies in gold.