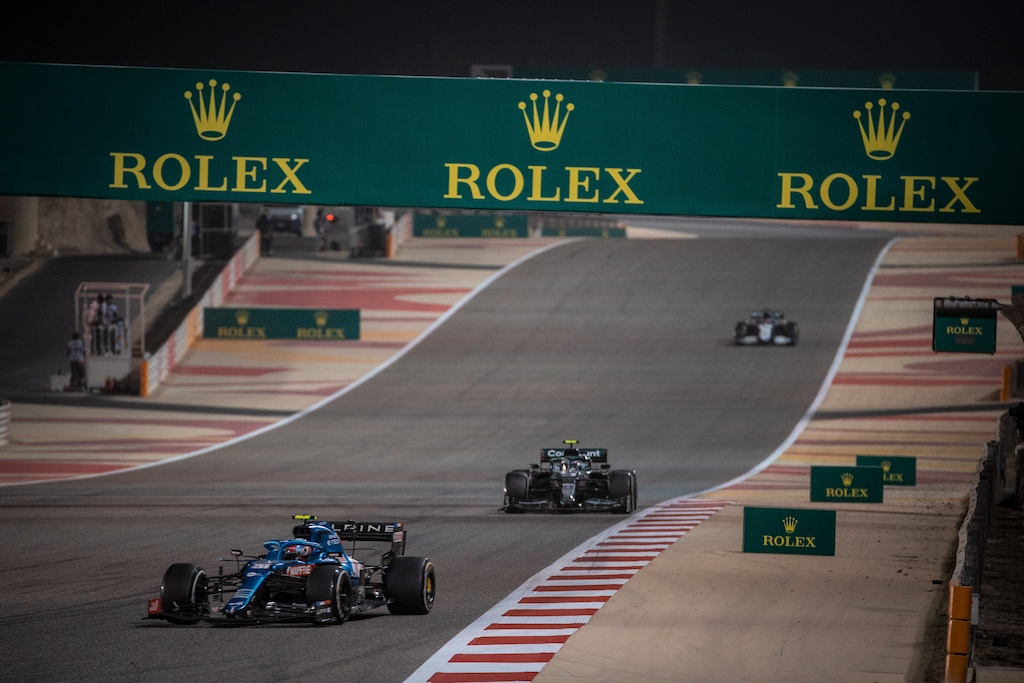 In its ninth year as a Global Partner and the Official Timepiece of Formula 1, Rolex continues its support as part of its long-term commitment to motor sport around the world.

The much anticipated 2021 FIA Formula One World Championship has just finished its first race earlier this week. Following the season-opener — which took place at the Bahrain International Circuit — Formula 1 will travel to Europe, with the second round set to be held in Imola (Italy) in mid-April. More importantly, contingent on the global situation, the provisional 2021 season is scheduled to comprise a record-breaking 23 races.

In its ninth year as a Global Partner and the Official Timepiece of Formula 1, Rolex continues its support as part of its long-term commitment to motor sport around the world. “Formula 1 is a highly respected global series at the forefront of engineering — it’s a natural fit that Rolex is associated with the sport as the brand develops the highest form of technology that exists in watchmaking,” says Rolex Testimonee and three-time FIA Formula 1 Drivers’ World Champion Sir Jackie Stewart. “Leaders in their respective fields, Rolex and Formula 1 share levels of excellence that are incredibly rare, making it a perfect partnership.” Furthermore, the 2021 grid also features a number of new and exciting driver line-ups (such as Daniel Ricciardo at McLaren, Carlos Sainz at Ferrari and Sergio Pérez at Red Bull), and with only three days of pre-season testing earlier this month, the teams have had less preparation time than usual. On the other hand, this year’s regulations have remained consistent, with small but significant adjustments made to address downforce levels. In particular, the updates include modified, heavier tyres and revised aerodynamic rules. Fellow Rolex Testimonee and nine-time Formula 1 race winner Mark Webber also reflects on the resilience and dedication of the sport. As demonstrated in 2020, the Formula One community continues to adjust and implement forward-thinking and robust solutions to ensure all Grands Prix take place safely, and with fans trackside where possible. “We should be extremely proud of what Formula 1 managed to achieve last year — it set the benchmark,” says Webber. “We made other sports look at us and how we operated with discipline, professionalism, desire and intensity to ensure races got under way in such a difficult environment. It was brilliant and we look forward to going again, with the same determination, energy and attention to detail.” To top it all off, Formula 1 has also announced its commitment to diversity and the next generation by adding the W Series — an all-female single-seater championship — to its 2021 support schedule, alongside Formula 2 and Formula 3.

Sign up to get the latest luxury and lifestyle news delivered to your inbox.
Riga Ramadhan
watches

Rolex and yachting: How the watchmaker supports a culture of distinction in sailing

The enduring legacy of Rolex and cinema