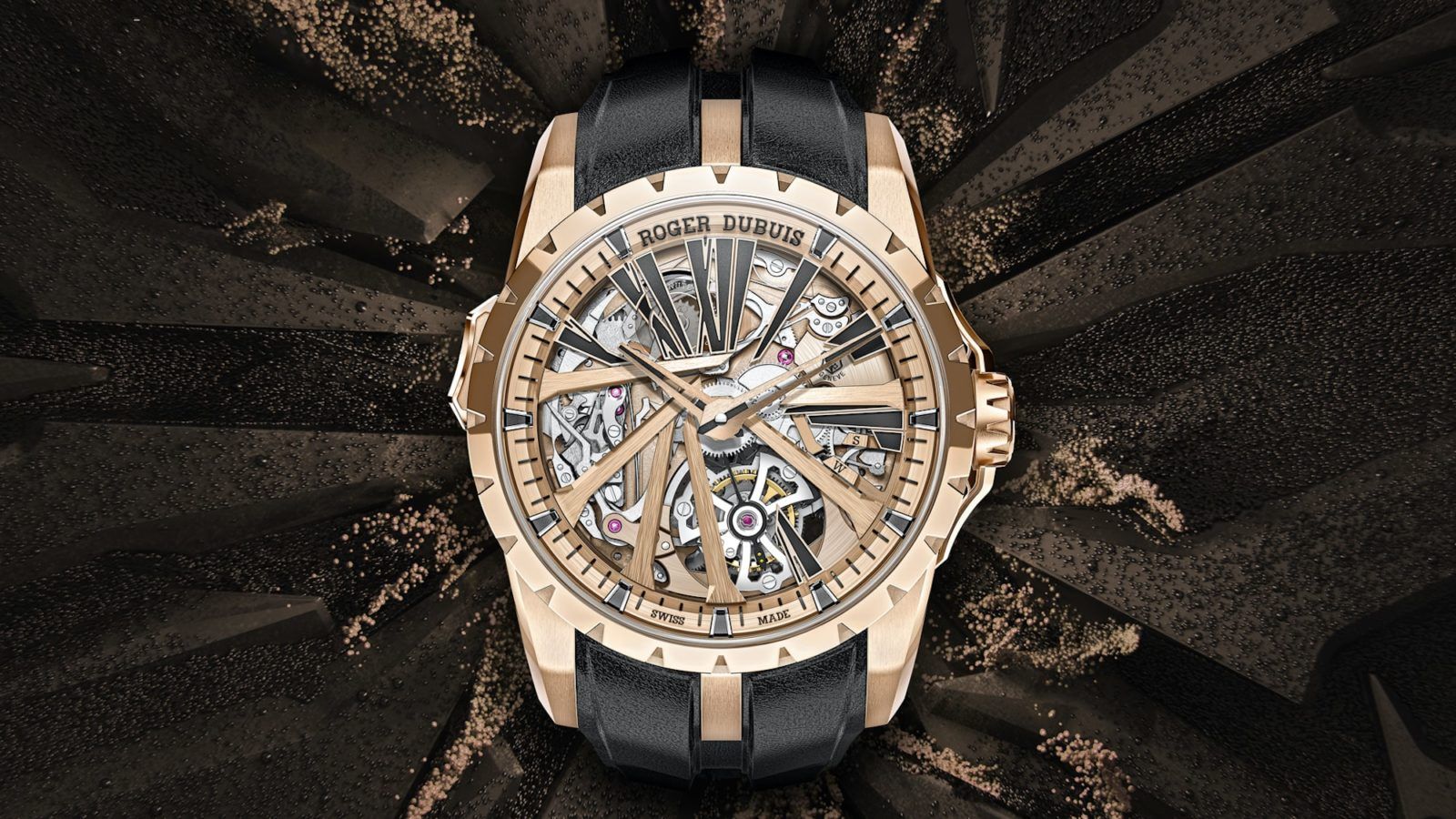 Non-conformism, extravagance and an uncompromising spirit are all part of the unique Roger Dubuis DNA.

Perfectly epitomising the maison’s identity is its latest Hyper Horology masterpiece: the Excalibur Diabolus in Machina in pink gold. The devil is in the details of this 45mm one-off limited-edition creation, which was recently revealed at the fittingly flamboyant Salón Internacional Alta Relojería México.

Styled in the iconic Excalibur case and flaunting a combination of matte and polished finishes, the watch is the ultimate expression of Roger Dubuis’ singularity. The maestro himself violated his manufacture’s own aesthetics codes by allowing its famous star to literally implode, resulting in a deconstructured neo-star that still manages to demonstrate geometric rigour.

Another impossible feat is the technical brilliance of the watch, whose RD0107 calibre bears the Poinçon de Genève and features two highly sophisticated complications: a flying tourbillon with a minute repeater, accompanied by tone playback function indicators. In addition to the peerless mechanical excellence of the flying tourbillon, which has been an integral part of the brand’s identity right from the start, a significant highlight is the minute repeater’s tritone sound based on the famous “Diabolus in Musica” chord outlawed in medieval religious music.

The wearer can check the time using a push piece that activates a ring tone with a low pitch for the hours, a high pitch for the minutes and two tones for the quarter hours. Tuned here to C and G flat, its tones are enhanced by the nobility of the materials through which they resound, offering listeners an enchantingly sensory experience.

And what is a Roger Dubuis timepiece without some wit? Perched at 11 o’clock is a disc that has been integrated with a Roman numeral. Marked with Hours, Quarters and Minutes, the disc starts to turn as soon as the minute repeater is activated, visually illustrating the time intervals being chimed. A second indicator between 3 and 4 o’clock instantly shows whether the watch is in “manual winding” or “time setting” position. The minute repeater’s push piece also boasts a safety mechanism called “all or nothing” that ensures it is triggered only when fully pressed.

An embodiment of rule-breaking modern watchmaking, this futuristic creation is the result of Roger Dubuis’ vision of time that flies in the face of traditional conventions, made possible by its independent state-of-the-art manufacture. More than just a watch, it is a manifesto for an exclusive tribe of pioneering, inventive minds.