4 New Bulgari Hotels Opening In The Next 4 Years 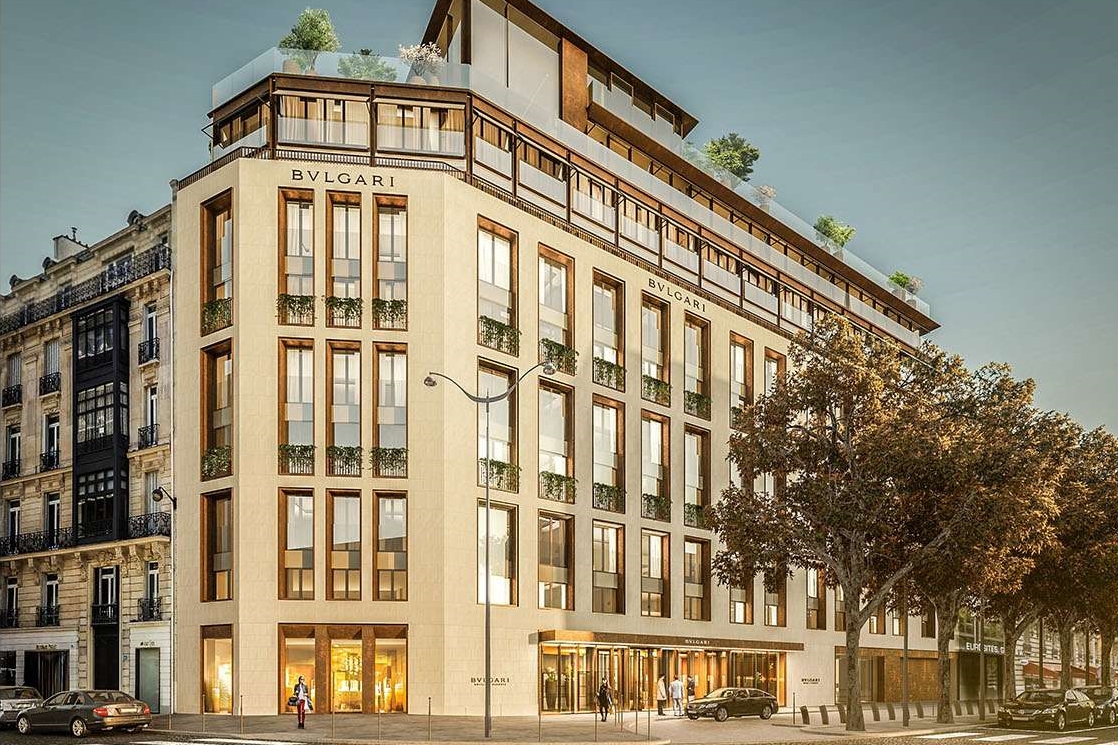 If slipping on a Bulgari ring or spraying a bottle of Bulgari’s Magnolia Sensuel to your wrist isn’t enough of the high life, you can soon sojourn at one of these four new Bulgari hotels, popping up across some of the world’s best cities.

With five properties already under its belt, the 134-year-old brand, typically associated with to-die-for jewellery and watches, chose to adapt and expand quickly in a nail-biting environment for luxury. Still, despite 2015-2016’s flop, consultancy firm Bain & Company predicts a steady 4-5 percent growth for the overall luxury market through 2020.

Nonetheless, Bulgari isn’t taking any chances. Beyond its luxury goods, the Rome-founded company wants to up its “luxury experience” offerings — by almost twofold.

Bulgari first ventured into the hospitality business 14 years ago, opening The Bvlgari Hotel Milano in 2004. A branch in Bali thereafter launched in 2006. The third one was London in 2012 and last year, Beijing and Dubai welcomed their own new Bulgari hotels.

Beyond that, the brand has confirmed the fast-approaching opening date of The Bvlgari Hotel Shanghai as June 20, 2018. The Moscow and Paris outposts are slated for 2020, followed by Tokyo in 2022.

Located in a 48-storey high-rise, along the banks of the Suzhou Creek, The Bvlgari Hotel Shanghai is set to become the newest haunt of the city. Besides the 82 exquisitely crafted rooms on the top eight floors, there are six dining options for guests to frequent, located in the hotel tower as well as in an adjacent neoclassical building that has been majestically restored. The picturesque Chamber of Commerce Shanghai, built in 1916, now houses the glamorous Bvlgari Ballroom, an haute-cuisine Chinese restaurant and a whisky bar. A spa with eight treatment rooms, 25m-long indoor pool, and fitness studio complete the property.

To be situated 300m from the Kremlin and Red Square, The Bvlgari Hotel Moscow will occupy an entire city block, a former residence of a noble family. It will have an imposing facade that unites traditional elements with a modern touch, bringing to life a vision that is in harmony with its surroundings. Out of the 65 rooms, we’re most looking forward to the expansive 3,200sq-ft Bvlgari Suite. There will also be a restaurant, bar and spacious roof terrace, as well as a spa, with its signature 25m-long lap pool.

To soon face (and face off) the celebrated Four Seasons Hotel George V, The Bvlgari Hotel Paris has secured a prestigious postcode. Located at 30 Avenue George V, the avenue on which the 76-room hotel will sit, along with the Champs-Elysées and Montaigne, forms Paris’ ‘Golden Triangle’, renowned for its wealth of luxury shopping and cultural attractions. The restyling of the building looks utterly contemporary, while still using the typical Parisian limestone. Facilities to include a spa with (again) a 25m-long pool, plus a Bvlgari restaurant and bar that’ll open to a courtyard garden.

The agreement’s been signed to open Japan’s first Bvlgari Hotel in Tokyo. The hotel will occupy the top seven floors — 39th to 45th — of a mixed-use glassy skyscraper developed by real-estate company Mitsui Fudosan. Bulgari’s fourth hotel in Asia-Pacific will offer 98 guestrooms, the most prolific of the four new Bulgari hotels. A ballroom with large outdoor space, the spa and state-of-the-art fitness centre are in the making. And yes, there’ll be that 25m-long pool here too, of course.

SEE ALSO: This could be the most high-design hotel in the Maldives