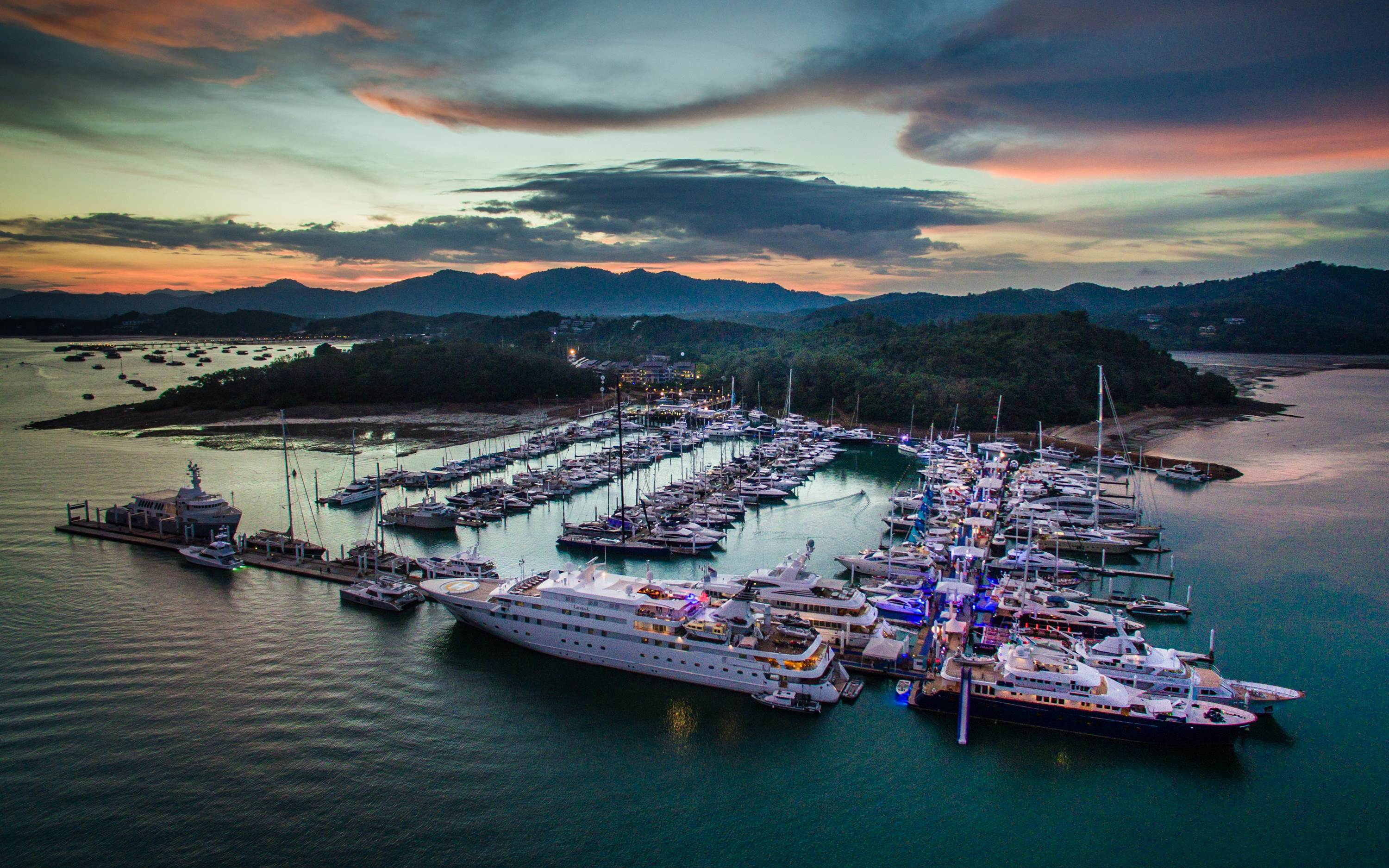 Asian yacht shows are becoming increasingly popular. The reasons are simple: stunning coastal locales, improved marine facilities and an exuberant art and culture scene. So whether you’re a first-time visitor to a yachting show or a seasoned seafaring junkie, these are just some of the biggest Asian boating events to visit, all just a stone’s throw away from each other. Time to bob along.

The first annual Phuket Rendezvous will transform the Royal Phuket Marina into a humming hub for boat lovers and pleasure-seekers. For four days in the first week of 2018, there will not only be leading yacht brokers and dealers in the region in attendance, but other consultants too, including property developers, bespoke travel organisers as well as specialists within the watch, automobile, fashion, hospitality and food and beverage industries. So expect more than just boats or things that float.

Back for its third year, the Thailand Yacht Show will be held at Phuket’s stunning Ao Po Grand Marina. Happening during Lunar New Year 2018, when Phuket is abuzz with visitors, the show will showcase leading boat and yacht brands for sale and charter, as well as other support services to complement all types of yachting lifestyles imaginable in this impressive tropical region.

SEE ALSO: 6 places to park your yacht in Thailand

This year, Dubai International Boat Show will move to a glamorous new venue, The Dubai Canal, Jumeirah – designed to be the city’s centrepiece, connecting the Dubai International Financial Centre, Business Bay District, a string of hotels such as W Hotel and St. Regis, and Jumeirah Beach. Graced annually by dignitaries, members of royal families and VIPs, the event, now in its 26th edition, is a meeting point for purveyors of matchless maritime machinery, boats, leisure equipment and more.

For a small nation, Kuwait has about 15,000 registered leisure boats, making it one of the most vibrant maritime markets in the Arab world. With 5 successful editions under its belt, the Kuwait Yacht Show 2018 will ride on the market’s growth year by year. It is reported that this year, around 15,000 industry leaders and professionals from across the world will join the base at the Marina Crescent Salmiya where plenty of superyachts will be on display.

The Singapore Yacht Show 2018 will return to the impeccable ONE°15 Marina in Sentosa Cove for four days. The 8th edition of the show is set to be one of the most luxurious Asian yacht shows in 2018, bringing the biggest number of world-class yachts unto one of the few marinas in the region with full facilities to accommodate megayachts of up to 60m. This globally-recognised on-water exhibition also showcases landed products and activities, such as supercar displays and fashion shows.

The 23rd China Shanghai International Boat Show is set to be one of the biggest Asian yacht shows with an expected number of 500 exhibitors. Set inside the massive 590,000-sq-ft Shanghai New International Expo Centre, it is the only boat show in China hosting overseas pavilions from Italy, New Zealand, Korea, Taiwan, Australia and Japan.