Travel
Where to go in France: Emily In Paris Season 2 gives us some ideas
Share
Next article

Season 1 of Emily In Paris followed Emily Cooper, an American from Chicago, who struggles with French mannerisms and etiquette following an opportunity to work for a French marketing agency in Paris.

While trying to adjust to a completely different culture, she experiments with love and finds friends while juggling work. With her regular Instagram posts about her sojourn in France, she also gains thousands of followers and ends up becoming an influencer.

On November 11, 2020, Netflix announced season 2 of the show, adding that three newcomers will join the cast, which includes Philippine Leroy-Beaulieu, Ashley Park, Lucas Bravo and Camille Razat, along with Lily Collins.

Jeremy O. Harris will play an iconic fashion designer, Lucien Laviscount joins as a Brit who gets under Emily’s skin before she starts to like sarcastic charm, and Arnaud Binard guest stars as the party boy owner of a popular Saint Tropez nightclub. pic.twitter.com/lwiX1hZlsQ

While the first season was set in Paris, apart from the one episode that takes place in Champagne, the second season takes Emily outside the city. This is where fans get to catch glimpses of at least two famous French Riviera destinations — Saint-Tropez and Saint-Jean-Cap-Ferrat.

Both these places attract jet-setting tourists from around Europe and the USA, and are frequented by the who’s who of both American and European fashion and cinema. From the teaser trailer of season 2, it seems Emily will be having a time of her life here with her friends Mindy and Camille, and the rest will be revealed on December 22. Until then, here’s a look at things to do and places to explore in Saint-Tropez, Saint-Jean-Cap-Ferrat, and, of course, Paris.

The beaches in Saint-Tropez are mesmerising. Plage de la Bouillabaisse is a large and very popular sandy beach. Seekers of tranquillity can head to the Plage des Salins, which has a pebbled shoreline along its remote beach. Hiking trails also begin at (or lead to) the beaches.

A walk about the Old Town of Saint-Tropez, also known as La Ponche, will take you through its rich history — both military and cultural. One of the highlights here is the Église Notre-Dame de l’Assomption church, which is topped by the 18th-century Italian Baroque bell tower and houses a bust of the town’s patron saint, Saint Tropez.

Among its museums are the Musée de l’Annonciade and the Museum of Maritime History. There is a Maison des Papillons, or a Butterfly Museum, dedicated to the beautiful insect.

The Four Seasons Grand-Hôtel du Cap-Ferrat, the crown jewel among hotels in Saint-Jean-Cap-Ferrat, is clearly visible in the trailer of Emily In Paris Season 2. The hotel was built on the headland of Cap-Ferrat in 1908.

The commune is located on a peninsula close to Nice on the French Riviera, over 120 kilometres away from Saint-Tropez. Monte Carlo, Monaco, is just 14 kilometres to the east of Saint-Tropez and Menton near the Italian border is less than an hour’s drive away. Menton is famous for Mirazur — one of the toughest restaurants in the world to get a reservation at.

Saint-Jean-Cap-Ferrat encapsulates the country’s history, culture, traditions and natural beauty. And the beaches here are breathtaking, drawing celebrity tourists from around the world! Among these beaches is the Cros deï Pin, also known as Harbour Beach. The historic beach has a connection to writer William Somerset Maugham through the latter’s chef, who first opened a cabin near here in 1932. The beach is known for water sports and is frequented by families. It is also the only beach where dogs are allowed, albeit on a section.

Then there is Les Fosses, an ideal spot for snorkelling because of the rich marine life. A walking trail begins from the quarry of this beach. People who seek more seclusion, however, should find their way to Les Fossettes. Considered the most discreet beach on the peninsula, the place is also a snorkelling hotspot.

Further, parts of Paloma Beach and Passable beach are private. Paloma is east-facing and marks either the starting or ending location of the Pointe Saint-Hospice trail. This beach has been visited by the likes of renowned artists, politicians, and Hollywood stars, such as Henri Matisse, Winston Churchill, Sean Connery, Roger Moore, Elton John and Tom Cruise.

Saint-Jean-Cap-Ferrat also boasts majestic villas and museums such as Musée des coquillages, or Seashell Museum. Here you can see the Mediterranean’s largest collection of shells at present, including 400 world-record-holding shells and exotic shells in around 7,000 exhibits. The walls of Villa Santo Sospir are resplendent with the art of poet Jean Cocteau, who drew tattoos on the white walls and turned the villa into a site of exquisite artistic beauty.

The Villa Ephrussi de Rothschild is a listed historical monument (national heritage site) overlooking the bays of Beaulieu-sur-Mer and Villefranche-sur-Mer. Though built in Italian Renaissance style in the early 20th century, it also bears the architectural stamps of different styles, including Spanish. It houses the artworks of Baroness Béatrice de Rothschild and is surrounded by themed gardens. Visitors at Saint-Jean-Cap-Ferrat can also enjoy the hospitality at private swimming pools such as La Plage and Club Dauphin. The latter can be accessed via a funicular railway. 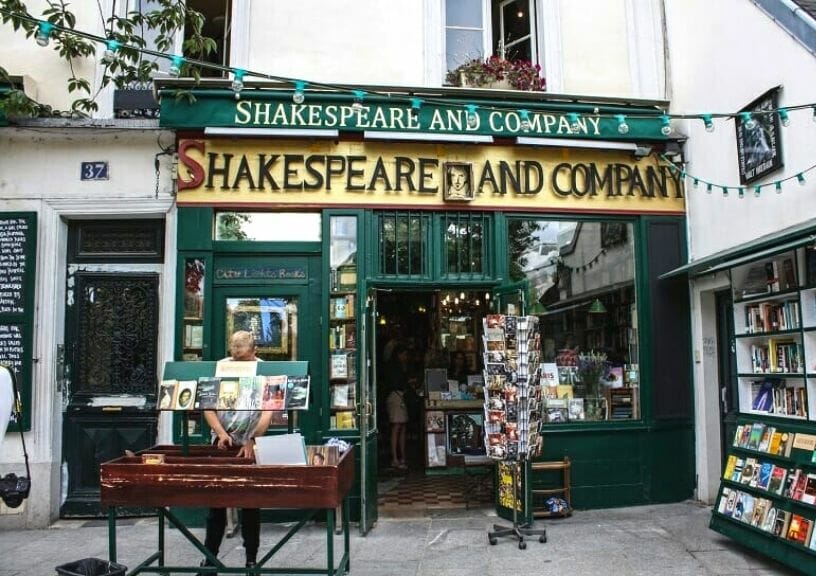 When Emily is in Paris, how can the city of love and romance not be an essential part of the series? The Eiffel Tower is not just a symbol of Paris anymore; it is emblematic of global tourism. Countless stories have immortalised the Arc de Triomphe on the Champs-Élysées and the Notre-Dame Cathedral.

Just outside of Paris is the Palace of Versailles. The UNESCO World Heritage site is also directly connected to one of the most important periods in world history — the French Revolution.

The city also houses the Louvre, the world’s most visited art museum that houses the Mona Lisa. From fashion to literature, Paris sits at the centre of the universe of modern culture. For book lovers, a visit to the legendary independent bookshop Shakespeare and Company on rue de la Bûcherie is a must. It has made appearances in movies like Before Sunset and Midnight in Paris.

And no trip to Paris is complete without fresh croissants and coffee. Walk into any of the coffee shops or cafés to try delicious pastries and baked goods. La Fontaine de Belleville, Café de Flore, Les Deux Magots, Ten Belles, Café Charlot, Café Marlette, Café Mirabelle are some options.