With clear azure skies and an endless expanse of turquoise and teal stretching into the horizon, the Maldives’ idyllic postcard-perfect scenery makes your heart skip a beat as your plane approaches Velana International Airport.

This timeless magic is precisely what Waldorf Astoria Maldives Ithaafushi is banking on, despite the country already having over 132 island resorts – and counting. It is Hilton’s second property in the Maldives, the first being Conrad Maldives Rangali Island. The good news is, unlike for the Conrad, there’s no need to wait for seaplane operational hours to reach paradise. Waldorf Astoria’s private yacht, parked a short distance from the arrival hall, whisks me to the 122-villa resort in the South Malé Atoll in under an hour, with the wind tousling my hair and briny ocean spray caressing my face.

The legendary Waldorf Astoria service begins the moment I arrive at its jetty to begin my two-night stay. There are 18 to 20 people in my group and each of us is assigned a personal butler, who apparently has done a Secret Service-worthy study of everyone’s dossier. Don’t like parsley? He’ll make sure the message is passed on, as I find out when we dine at two different restaurants and the waiters at both sides ensure that the vegetable never appears on the plate of a fellow guest who has an aversion to it. Want to lie in bed and not move an inch? Just pick up the mobile phone that is given to every guest and call or send a WhatsApp text to your Alfred Pennyworth. That was how I changed my USD notes into smaller denominations, from the comfort of my villa.

“We work to curate the perfect stay by discovering our guests’ likes and dislikes from the time they get off the plane and come aboard our luxury yacht,” says the resort’s General Manager Etienne Dalançon, beaming at my question about the staff’s knowledge. “We work on a ratio of five service staff to one guest. There are 31 nationalities working within the resort, with 55 percent of them being local Maldivians, so we are able to cater to luxury travellers from all over the world.”

Superlatives are not enough to describe this place. Each villa has its own private pool and stunning Indian Ocean views, and there’s a good range of accommodation to choose from, the most jaw-dropping being the Ithaafushi Private Island. Spanning a whopping 32,000sqm, it has a two-bedroom overwater villa and a three-bedroom beach villa to accommodate large groups. The private island, accessible only by yacht, has all the trimmings of a holiday home made for over-the-top enjoyment: Dedicated chef, personal concierge team, spa, gym, five swimming pools and an entertainment centre.

For smaller groups, there’s the 536sqm Stella Maris Duplex Villa, with wooden steps leading directly into the ocean, a jacuzzi on the lower deck, and a chef’s service and barbecue station on its upper deck.

At a generous 234sqm, my King Beach Villa is a cosy cocoon with contemporary neutral palettes, textured wall panels and fabrics with geometric prints. I bask in the warmth of the sun rays that flood through the floor-to-ceiling windows, laze in the swinging daybed and soak in the infinity pool that is next to a dining gazebo with in-water sun loungers. The villas are spaced well apart, so there’s plenty of privacy to enjoy the outdoors.

I have no qualms about lazing indoors all day (only a massage at the spa succeeds in dragging me out), but with 11 dining venues on the property, I certainly have to do them justice. Romantic sunset drinks are best taken at the signature restaurant Terra, where I sit admiring the stunning ocean views from my dining pavilion shaped like a lattice lantern that is set among the treetops. Later, I enjoy cheese and wines at The Rock, a cavernous underground chamber whose white walls are carved from large rocks imported from Jordan. It has an impressive list of more than 7,500 wines, including the specially curated 2003 Domaine de la Romanée-Conti Pinot Noir and 1982 Chateaux Margaux 1er Cru Classé, Bordeaux.

I’m also excited that Dave Pynt, the culinary mastermind of Singapore’s Michelin-starred Burnt Ends, is opening The Ledge by Dave Pynt at the same time as the resort. Here, he will bring a touch of his Singaporean restaurant with the same 4-tonne, two-oven brick kiln that is fired by Jarrah wood – the third that he has designed and custom built. I’m already plotting ways to come back for the smoked, roasted, baked and grilled meats, and the market-fresh seafood and vegetables.

Travel
These Are the World's 10 Most Romantic Destinations for Couples

With the abundance of tasty food, some wastage is inevitable and Waldorf Astoria is tackling it with a strict waste control management programme. Produce is ordered according to the resort’s occupancy as well as the freshest seasonal produce for the day. A waste dehydrator machine recycles the food waste, which will be used as fertiliser for the garden and nursery.

Fun in the sun

You haven’t been to the Maldives if you’ve got no tan lines – soaking up marine and solar essence is a must. There is a fully equipped fitness centre, and a combined water sport and padi dive centre. Every snorkelling or diving session is accompanied by a qualified instructor for safety, and a marine biologist who ensures that any activity along the reef does not disturb, alter or destroy the marine organisms, plants and corals. For families with young children, Waldorf Astoria Young Discovery Park offers a water recreation area, and an indoor space with activities catered to kids and teens.

After my snorkelling safari, I retreat to the spa, which offers Asian‐inspired treatments in overwater or garden villas, for a good massage of my legs and shoulders. On the last day, I leave feeling wistful and raring to come back again, before the tourist numbers surge. I’m crossing my fingers and hoping it wouldn’t happen any time soon. 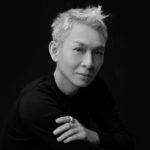 Talk to Me About:
Society