At long last, the storied Raffles Hotel Singapore has reopened following a restoration that began in February 2017. The careful restoration took place in three phases, and sees an upgrade across all its facets, including its accommodation, dining and retail options, and facilities. Its inimitable experiences and services, including the famed Raffles Butler service, remains. “The newly restored Raffles will provide an experience like no other,” said Christian Westbeld, General Manager, Raffles Hotel Singapore. The Grand Dame first opened in 1887, and became a status of opulence and society with a clientele of luminaries that include Elizabeth Taylor, Ava Gardner, and Rudyard Kipling, and a dazzling colonial-era design, with palatial interiors and lush, leafy courtyards woven across the grounds.

“It is our wish and desire that our guests will continue to create treasured memories at the hotel, while rediscovering what makes it so special – the distinctive architecture, heritage and legendary service”
Christian Westbeld, General Manager, Raffles Hotel Singapore

Few hotels in the world are as elegant as Raffles Hotel’s suites and it sees a refresh with three new accommodation categories. These are the Residence suites with private access, two Promenade suites named after prominent female figures, and the all-marble six Studio suites, bringing the total count of rooms to 103 to 115 suites. Returning to the hotel is the iconic Afternoon Tea at the Grand Lobby. Nibble on bite-sized treats such as classic scones with a housemade rose petal jam, served on a classic silver tiered tray. while surrounded by towering Victorian pillars. Accompanying your tea is a pastry trolley that features the “Long Bar” Chocolate Peanut Bar, Coconut Mango Passion Fruit Verrine and French Pistachio Religieuse. 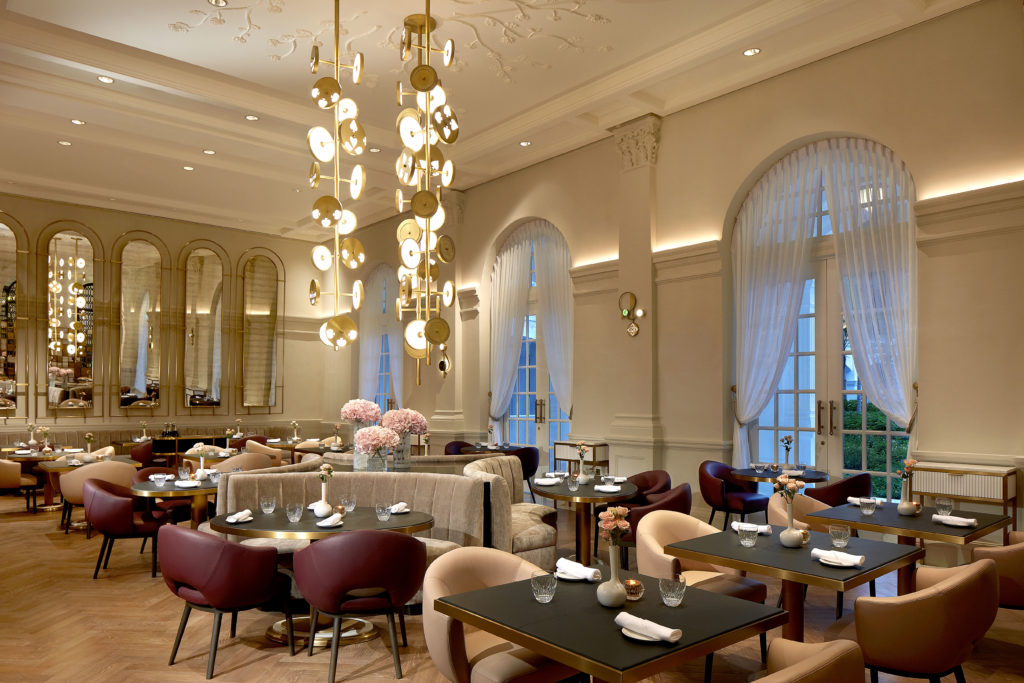 But while the old remains a distinct feature of the hotel, the property is also seeing a fresh lineup of new dining destinations, which includes Michelin-starred chef’s Anne Sophie-Pic’s La Dame Pic, and Chef Alain Ducasse’s Bar and Billiard Room: His first Mediterranean grill concept introduced to the world.

The retail scene at Raffles Arcade also sees a facelift, with AC Boutique featuring Singapore-based designers, and its flagship store, Raffles Boutique, which sees a wide array of souvenirs for guests.

“Raffles Hotel Singapore is one of the few remaining great 19th century hotels in the world and its restoration has been carefully designed to preserve its unique historic charm, while creating extraordinary experiences for our esteemed guests,” says Westbeld.

All photos are credited to Raffles Hotel Singapore

Raffles Hotel Singapore set to open another property in Sentosa