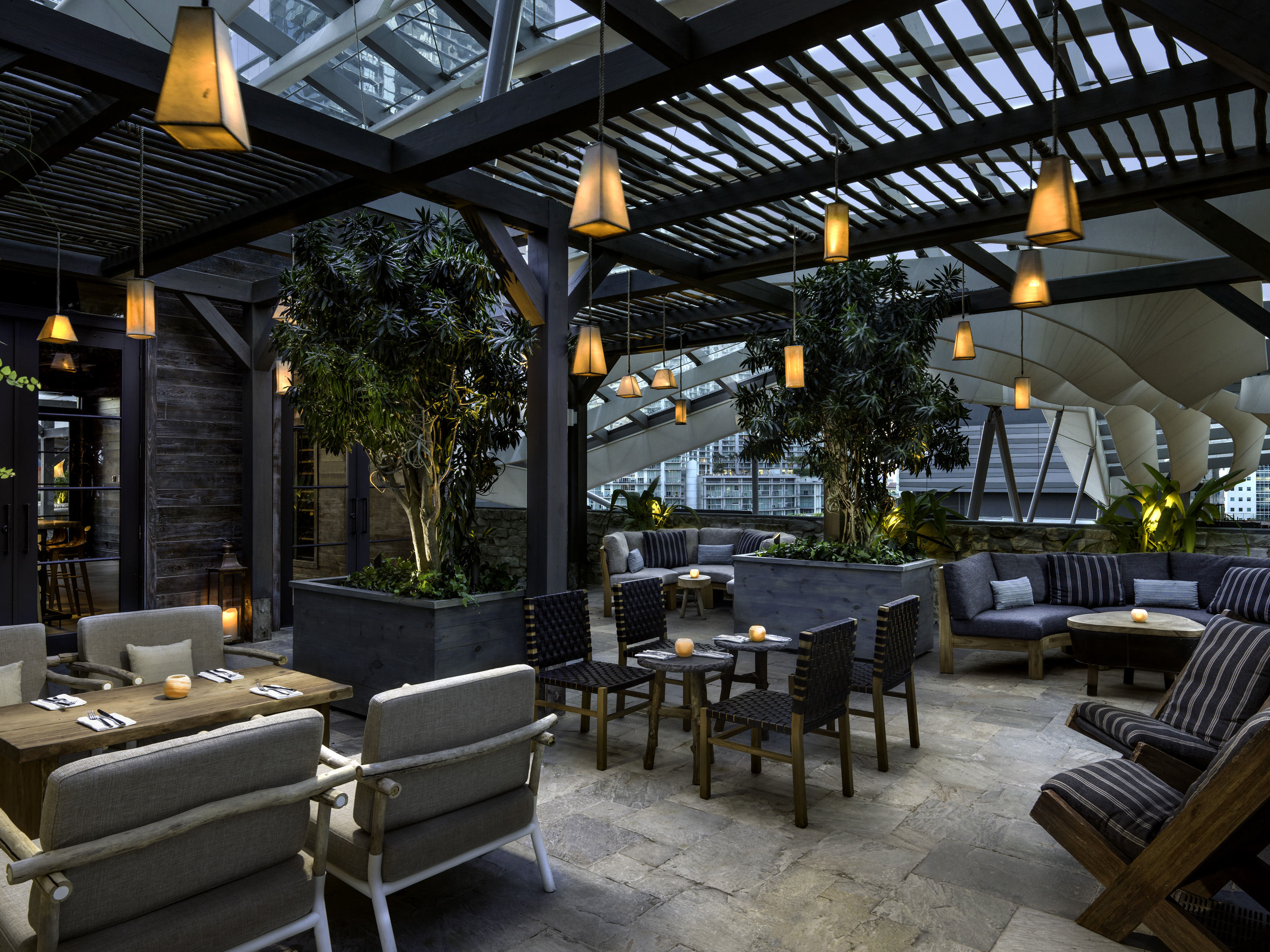 This former 1920s grain store on Cape Town’s V&A waterfront has been cleverly reimagined by whizzkid designer Thomas Heatherwick into a museum of contemporary African art and, occupying the upper floors of what was once the elevator tower, a small boutique hotel. Here, behind high windows that are described as “pillowed glazing panels”, lie 28 exuberantly luxurious guestrooms, each with its own balcony, whose extravagant sense of style is carried over to the hotel’s public areas, including the Willaston Bar and basement art gallery, The Vault. LIFESTYLE TIP: For a sense of theatre at The Silo, nothing quite matches the stunning one-bedroom Penthouse, which occupies more than 2,000 square feet on the top floor.

Those who always thought the glassy minimalism of Swire Hotels’ East would work even better in a location rather sexier than Hong Kong’s Quarry Bay need look no further than East Miami, which adjoins Swire’s vast Brickell City Centre development close to the downtown area. Here, a similar sleek aesthetic – natural light and a stark simplicity that’s softened by natural materials – applies, with the added bonus of Florida sunshine and (if you’ve a sea view from your room) dazzling blue water as a backdrop. LIFESTYLE TIP: As in the 852, the rooftop Sugar bar is your go-to hangout, but don’t neglect to book at the groovy Parador La Huella restaurant, imported direct from Uruguay’s ultra-hip Jose Ignacio.

Carved out from within a huge former Midland Bank building, designed by the great 20th-century British architect Sir Edward Lutyens (hence the hotel’s name), The Ned has fast become a phenomenon in the City of London. The brainchild of Soho House founder Nick Jones, it’s a joint venture with the owners of New York’s NoMad, and is both a hotel and a private club. It’s an amazing place, all the more so because of the voluptuous human-sized corners – including sumptuous guestrooms – that have been created in counterpoint to the building’s awesome Edwardian grandeur. LIFESTYLE TIP: Unlike walk-in visitors, hotel guests enjoy access to all the property’s private spaces, including the rooftop and the stunning basement Vault Bar.

What was once a 1970s cinema in downtown Melbourne has, with a lot of work and a good deal of ingenuity, become an elegant and ultra-contemporary, 180-plus-room hotel that’s packed with quirky works of contemporary art and whose public areas buzz with life. Decor has an industrial edge, though not at the expense of comfort, and we’re especially taken with the deep, standalone bathtubs in the corner rooms, which look out over the city. Just make sure your booking is on an upper floor. LIFESTYLE TIP: Rooftop bars seem to be the thing these days, and QT’s – called, er, Rooftop – is among the best watering holes in town.