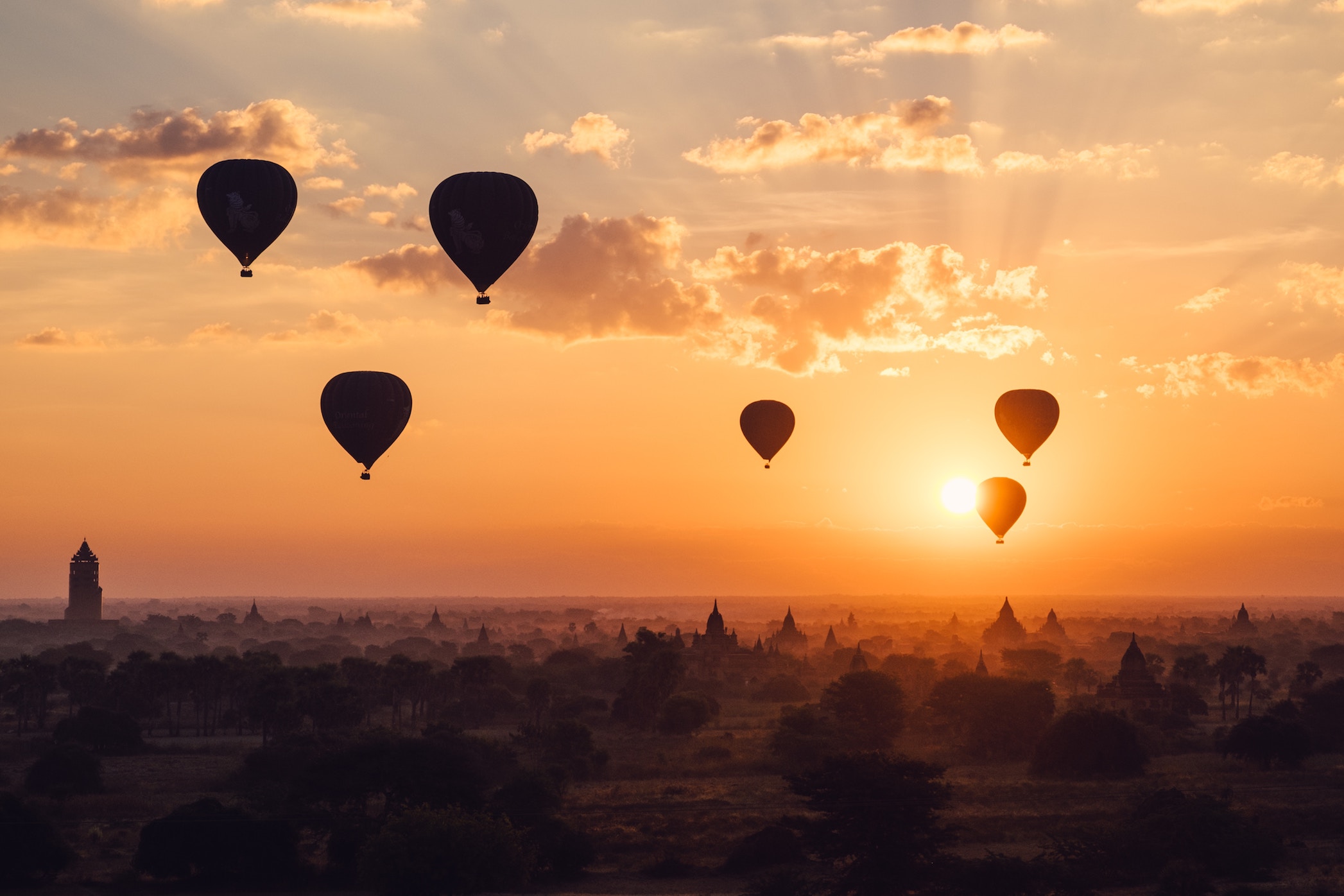 Living in Singapore sure has its perks — great restaurants, bars and hotels included — but we think its convenient proximity to a gamut of Southeast Asian destinations outweighs them all. Looking to make a quick three-day escape? These islands and cities are under a four-hour flight away and combine the best in culture, history, and slow living.

SEE ALSO: Private islands for rent for the ultimate vacation

Just 50 minutes away by boat ride is Bintan: The largest isle in the Indonesian Riau province. Pick the right resort and your journey will be seamless; The Sanchaya, for instance, has a private VIP lounge in the Bintan terminal, a chauffeur service as well as a private service for you to dock your private yacht. Picturesque views greet you at every turn with private beaches for sun-worshippers and well-manicured golf courses for avid golfers. For those game for an adventure, Bintan offers more than luxe island living: Its many hidden treasures include a scenic cerulean lake, white sand dunes and village tours of forgotten communities.

They don’t call Bali the Island of the Gods for nothing. Teeming with clifftop-ringed beaches, sprawling rice fields and rumbling volcanos, the island makes for the perfect quick retreat for the weary soul. Sip on sunset cocktails over clifftop views in Uluwatu, wake up with sunrise savasanas in the jungle-cloaked landscape of Ubud, or get into the thick of buzzy island living in Seminyak, where independent clothing boutiques, coastal chic home decor stores and healthy cafes beckon Instagrammers by the hordes. With accommodation, you’ll be spoilt for choice as the city has plenty of luxury hotels, resorts and villas to pick from.

With the ancient ruins of Angkor Wat a destination in itself, Siem Reap has always been a prime tourist spot. But it’s now seeing a renaissance thanks to a new breed of stylish boutique hotels as well as trendy restaurants and cafes that have recently mushroomed. Siem Reap has no high-rise buildings, much less sprawling malls or luxury brands but therein lies its charm. Its shopping scene is dominated by local craftsmen with handmade goods sold everywhere fromits  upscale boutiques to its ‘Made in Cambodia’ market. Skip the boisterous backpacker’s pubs and head to restaurants such as Cuisine Wat Damnak and Marum restaurant for a taste of authentic, yet refined Khmer cuisine.

Looking at Hanoi now, you’d barely believe that the city was blocked from the outside world until the 1990s. Now a high-octane hub of tourism, the capital combines the best of old and new Vietnam. The heart of the city, the Old Quarter , promises meandering lanes of utter chaos: Hawkers, honking motorcyclists and cyclists jostle for space while Hanoians  watch on as they sip ca phe  by the roads.  Over at the French Quarter, you’ll find grand old boulevards, majestic colonial-style hotels, art galleries and upscale restaurants while the area around lake Tay Ho is now buzzing with cool bars, restaurants and markets for both locals and expats. For coffee drinkers, Hanoi is heaven on earth. Coffee shops – hawking the country’s signature Vietnamese drip coffee with condensed milk – are countless and are the perfect spots to refuel at after a long day of city exploration.

Sure Boracay might have temporarily closed, but if the tourism slogan “it’s more fun in the Phillippines” is any indication, the country truly is a treasure trove of unique, hidden destinations. Take Vigan, the capital city of Ilona Sur. The 16th century colonial town gives its visitors a taste of old Spain, with its cobbled streets and well-preserved mansions. Once an important trading post during the Spanish colonial period, the city is tiny and takes just two days to explore. Return to a bygone era at the famed Calle Crisologio, where you’ll find horse-drawn carriages clip clopping down the cobbled streets and age-old properties, which blend Filipino and colonial European design. See the city on foot; its landmarks, such as the baroque-style Roman Catholic St Paul’s Cathedral and 18th-century Archbishop’s Palace, are set closely together.

Rudyard Kipling once wrote that Burma is “quite unlike any other land you know about”. Proving him right is the ancient city of Bagan. Rightfully known as “the Disneyland of temples”, Bagan is dotted with pagodas — watching the sun rise over the stupa-strewn misty plains is a rite of passage for any visitor. While these are no longer the gilded, gleaming pagodas of the past, the ruins remain an archaeological spectacle. Slow travel is the best way to experience the city in a day — go on on a bicycle tour to see the age-old traditions of harvesting and weaving in Minnanthu Village , see the intricate carvings of temple ruins up-close, and witness life in a 150-year-old monastery. Luxury hotels are few as expected of a city that’s only now picking up on tourism.

When the chaos of city living gets a little too much, your best bet for finding a peace of mind is an escape off the beaten track. That’s where the Northern Thai province of Chiang Mai comes in. The mountainous region boasts a rich, natural landscape of towering waterfalls, limestone caves and hot springs. Set aside a day tour to Chiang Rai and the fabled Golden Triangle, where the borders of Thailand, Laos and Mekong meet. Here, you can see tribal communities in action, trek through the rolling uplands and visit an elephant sanctuary.