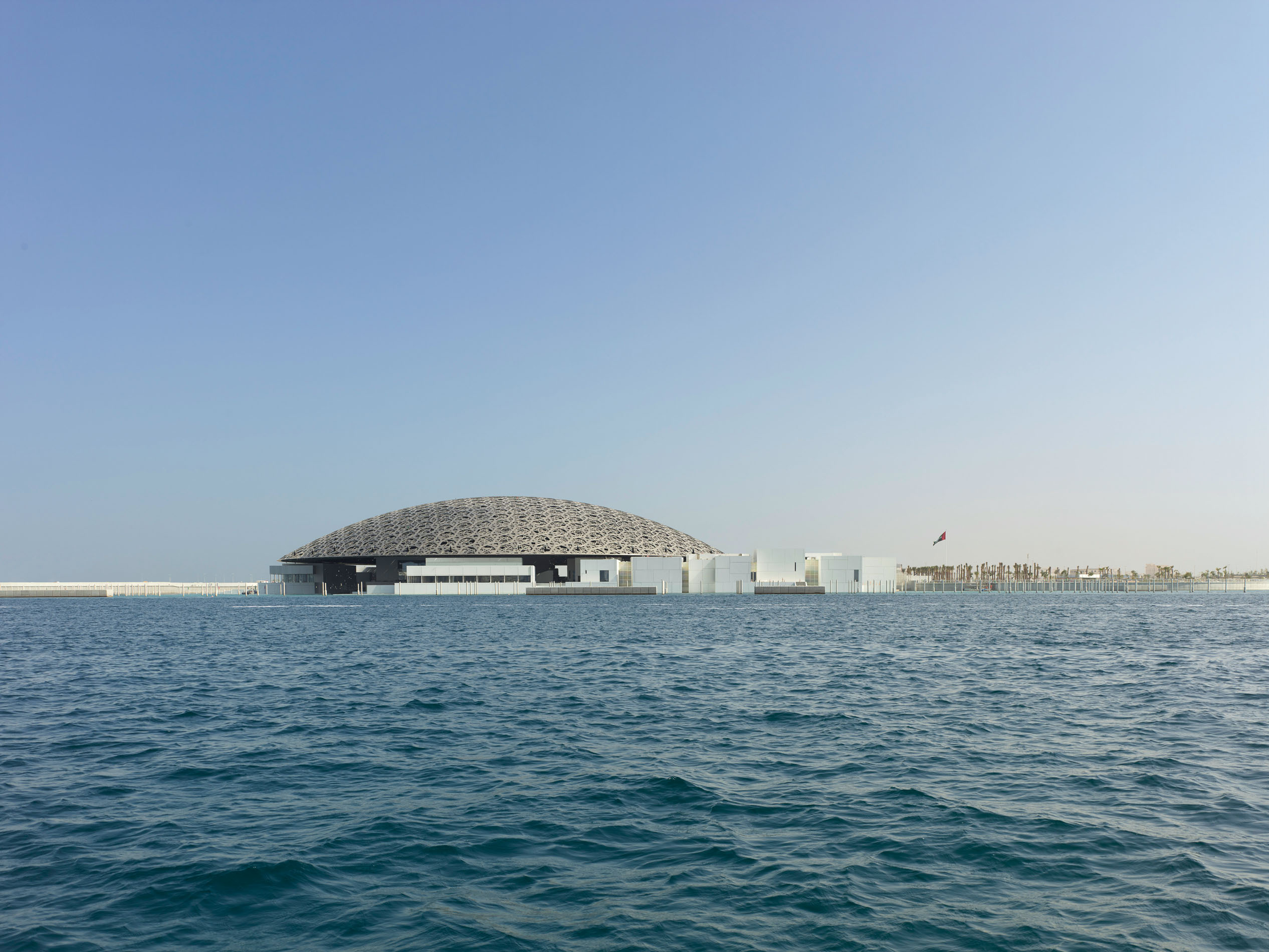 If Dubai is the flashy young man with the bone-rattling supercars and flamboyant outfits, then Abu Dhabi must be the older fellow who dresses in made-to-order Savile Row suits, and spends his time in Chesterfield-sofa-dotted gentlemen’s clubs.

It is easy to imagine this same gent watching the antics of his young compatriot with a mixture of amusement and fondness. If need be, he might lend a helping hand to bail him out of trouble (which it did during the 2008 Asian financial crisis). Otherwise, he is content to leave him be.

The capital of the United Arab Emirates (UAE), Abu Dhabi (and not Dubai, as is commonly mistaken) is less prominent but completely comfortable with that. What it lacks in fame, it makes up in fortune and soul.

Of the former, 90 percent of the country’s oil reserves are found in this emirate, which accounts for 9 percent of the world’s supply at the moment. Of the latter, an active Department of Culture and Tourism (DCT) sees to the city’s development as a destination “rich in cultural authenticity”.

Reinforcing its success is the recent announcement that a record 4.875 million people lived in Abu Dhabi in 2017, translating into a 9.8 percent year-on-year rise. Said DCT’s Director General HE Saif Saeed Ghobash: “We continue to go from strength to strength in positioning ourselves as a distinctive global tourist destination steeped in culture and heritage.”

Among the reasons for this increase was a packed calendar of events in 2017, culminating in the opening of the Louvre Abu Dhabi on November 11. Built in collaboration with the French government, it has become an icon on the city’s cultural and tourism landscape.

The museum is accessed through Saadiyat Island, one of more than the 200 that make up Abu Dhabi. Turn off the highway and the building is unmistakable — no surprise considering its designed by Pritzker Architecture Prize winner Jean Nouvel.

A distinctive dome appears to float above the complex, measuring 180m in width and made up of 7,850 metal stars arranged in an abstract geometric pattern. When light pours through the perforations, an effect resembling “rain of light” is created, to mimic overlapping palm trees in the oases of the UAE.

The suggested route through the museum’s galleries cleverly ends with the visitor emerging onto a plaza beneath the dome, where its intricacies can be fully appreciated. Stroll around and you realise the museum is actually built over the water. Promenades with views of the sea are interspersed in the space, forming a strong connection between the two.

It turns out that Nouvel deliberately designed it as a “museum city” in the sea. In his architectural statement, he writes: “The possibility of accessing the museum by boat or finding a pontoon to reach it by foot from the shore is equally extraordinary, before being welcomed like a much-awaited visitor willing to see unique collections, linger in tempting bookstores, or taste local teas, coffees and delicacies.”

Those unique collections are housed in 55 individual but connected buildings, which include 26 galleries occupying 6,400sqm of space. From the map, it looks like a maze but fortunately, well-placed signage guide visitors from one room to another smoothly. It turns out that the inspiration behind the building is the architecture of traditional Emirati houses.

The museum started acquiring works as far back as 2009. When it opened last year, 235 of its more-than-600 important artworks and artefacts from its own collection went on display. These are scattered throughout the inaugural exhibition, which details the history of humanity told across 12 chronological chapters.

From the birth of the first villages are plaques and statues that tell volumes about civilisations before the birth of Christ. As you meander your way through, there are Roman mosaics and Egyptian mummies that detail the great empires.

In later centuries leading up to present-day, masters both old and contemporary take centrestage. Examples include Da Vinci’s Portrait of a Woman (1495-1499), a 1928 collage by Picasso titled Portrait of a Lady, and a stunning sculpture of steel and glass crystals by Ai Weiwei aptly named Fountain of Light.

Elsewhere, the Louvre Abu Dhabi plays host to four temporary exhibitions every year. These will be planned and conceptualised by 13 French museum partners, following the same approach as the permanent collection: To highlight comparisons, influences and ideas across civilisations and cultures.

The first is titled From One Louvre to Another: Opening a Museum for Everyone. It delves into the history of the original Louvre in Paris, which dates back to the 18th century and the collections of King Louis XIV at Versailles. Expect to find 150 significant works from the Parisian namesake and the emperor’s chateau.

HE Mohamed Khalifa Al Mubarak, Chairman of DCT and the Tourism Development and Investment Company, said: “The UAE is a dynamic, vibrant and multicultural society, where people live in harmony and tolerance.”

“This diversity is reflected in Louvre Abu Dhabi’s collection, which celebrates the innate human fascination with discovery. Each visitor will encounter extraordinary artworks and artefacts from global cultures that are both familiar and surprising. Louvre Abu Dhabi is the UAE’s gift to the world.”

But the museum isn’t the only present from the country. Next to it, on the same Saadiyat Island, is an upcoming cultural hub. Plans are underway for the 27-sq-km space to house several more important buildings.

The Guggenheim Abu Dhabi, designed by Frank Gehry, is expected to devote 18,000sqm to global art from the 1960s to today. A stone’s throw away is the Zayed National Museum, designed by Norman Foster, which will be the UAE’s first national museum. Forming the second phase of the development of the Island is a performing arts centre by Zaha Hadid, and a maritime museum by Tadao Ando.

Institutions aside, the culture calendar is chock-a-block with activities such as the Weekends at the Oasis series in Al Ain, itself a UNESCO World Heritage Site. Interaction is encouraged, to be educated on the heritage and history of the area and explore its nooks and crannies, including palm groves and a sophisticated irrigation system.

A good way to end a visit to the emirate, and get a greater sense of place, is at the magnificent Sheikh Zayed Grand Mosque. Its sparkling white facade is blinding in the desert sunlight, but it does not stop tourists and worshippers from arriving en masse to admire it. And for good reason: This place of worship is a fascinating study in hyperboles.

You might feel slightly guilty for stepping on the stunning 5,700-sqm carpet, which took one year and 1,200 artisans to hand-weave. The exquisite intricate Islamic medallion design was created by third-generation carpet maker and artist Ali Khaliqi.

Don’t forget to look up. There are three colourful, crystal-studded chandeliers by Faustig of Germany, the largest of which is 10m wide, 15m tall and weighs 12 tonnes. The other two are smaller versions at eight tons each. At the foyer entrances surrounding the mosque are four more blue-themed ones in a similar style.

As its name suggests, the Sheikh Zayed Grand Mosque is the largest in the UAE. Given that Abu Dhabi is the capital of this moderate Islamic country, it is apt that something of this scale is built — even the understated older fellow is allowed to indulge in a touch of extravagance once in a while.

SEE ALSO: How Africa is Flexing Its Muscles In The Art World