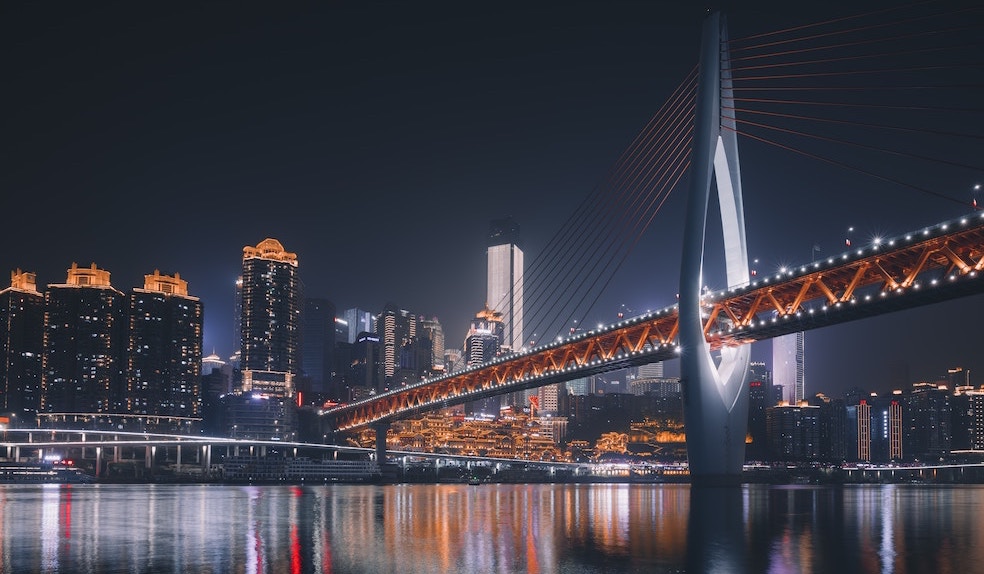 These destinations in Chongqing offer snapshots of China’s past

China has become synonymous with a relentless pursuit for urbanity, with its major cities —

Shanghai and Beijing — serving as poster children for the nation’s endless growth. Chongqing, a

municipality in southwest China, is fast catching up. Despite the face of rapid growth, this city still manages to retain its status as the epicentre of the country’s rich cultural heritage.

Situated at the lower reaches of the Yangtze River, this port city was once the bed of empirical power through the Qin and Han dynasties. It then suffered greatly during the Second World War, but emerged from that turbulence in the 21st century as one of China’s four core cities, along with Shanghai, Beijing and Tianjin.

Any visitor to Chongqing will have a world of experiences at their fingertips. This ranges from stellar Chinese cuisine (Chongqing is famed for its hotpot), vibrant city life, and the myriad of geographical and historical monuments that flank the centre of Chongqing. Gain insights to the tapestry of China’s past and a window into its future with our guide on the city’s best tourist attractions.

The cliffs around the Dazu area are imbued with a kind of mysticism. The rock faces of the cliffs are covered in carvings dating from the ninth to 13th-century. Over 10,000 carvings adorn the cliffs, with most depicting themes of Buddhism and Taoism. This runs alongside the secular depictions of life during the pre-modern era in China. This ancient marvel is a classic example of a grand masterpiece of ‘history-turned-art’ that will take your breath away.

Admission fee: ¥120 for a ticket to both caves

Chongqing is renowned for its topographical diversity, and its crowning jewel is Jinfo Mountain. This is one of the areas that compose the South China Karst — a UNESCO World Heritage landscape than spans four provinces and over half a million square kilometres. The Jinfo Mountain Karst itself includes a national park and a nature reserve. Tourists can visit the locale for hikes, learn more about ecotourism or embark on a sightseeing tour. The latter includes a cable car ride up the mountain’s peak.

How to get there: Private day tours are available for booking if you don’t have personal transport. Direct tourist buses to the mountain are available from the Chongqing Long-distance Bus Stations.

Also known as the Porcelain Village, Ciqikou is an ancient small town to the west of Chongqing. Once a thriving abode and porcelain production site throughout the Ming and Qing Dynasties , it now stands as a protected and preserved cultural site that offers tourists a glimpse of what life was like in dynastic China.Beyond journeying its streets, Ciqikou also has tea bars, artist workshops and galleries for

Admission fee: Entrance to the village is complimentary

The Fengdu Ghost City is far less perturbing than its name suggests. With a history that stretches back to two millennia, the ancient complex is spotted with shrines, statues and other depictions of the afterlife in Taoist culture. Divided into Heaven and Hell segments, Fengdu Ghost City is a must-visit especially if you’re on the way to the Yangtze River – given how near the two are.

Admission fee: Entrance to the village is complimentary

How to get there: A drive from the Chongqing city centre will take approximately two and a half hours. Alternatively, the Chongqing Chaotianmen Port offers a 6-hour day cruise of the Yangtze River, which includes a stop at Fengdu Ghost City. If you prefer land transport, buses to Fengdu New County run from the Chaotianmen Coach Station every half an hour. Once at Fengdu New County Station, take bus 109 at Xianan bus stop to get directly to the Fengdu Ghost City.

Hongya CaveSituated in the heart of Chongqing’s frenetic Central Business District, Hongya Cave is worlds apart from the towering modern skyscrapers that surround it. Located next to the scenic Jialing River, the 2,300-year-old beguiling stilted housing complex was one of the earliest and  most developed pier of ancient China.

Today, this microcosmic city gives tourists a rare glimpse inside the lives of the Bayu minority and their lesser-known culture. Given its semblance to the scenes in Japanese cartoonist Hayao Miyazaki’s “Spirited Away”, the site has been seeing flocks of tourists visiting it since then.

Spend your afternoon wandering the four main streets in the city and experience its old-school street culture and food. Come sundown, the bars in the area are charged with Bayu dance performances that patrons can watch to experience a dynamic side to the past of Hongya Cave.

How to get there: A drive from the Chongqing city centre will take 20 minutes on the G50S highway. Alternatively, you can take the metro and stop at Linjangmen Station, and walk 700 metres to the Hongya Cave from Exit A.

A grand sight lies in the Southeast of Chongqing — and it’s one that fans of ‘Transformers: Age of Extinction’ and Zhang Yimou’s ‘Curse of the Golden Flower’ will easily recognise. The Three Natural Bridges within the Wulong Karst National Geology Park are an imposing collection of natural stone bridges, which were formed after sinkholes beleaguered the former caves. Now, breathtaking limestone arches take their place, alongside waterfalls and calcite formations that create an otherworldly scene.

Photographs at the peak of these colossal structures are possible, but choose wisely between a ride in a glass elevator and a treacherous 1,000-step staircase.Address: Wulong District, Chongqing, China

How to get there: Take a train from the Chongqing North Railway Station to Wulong Railway Station, and a taxi to the Xiannü Town Tourist Centre, which is the nearest drop-off point to get to the Three Natural Bridges.

Sign up to get the latest luxury and lifestyle news delivered to your inbox.
travel china destination Chongqing
Staff Writer
travel