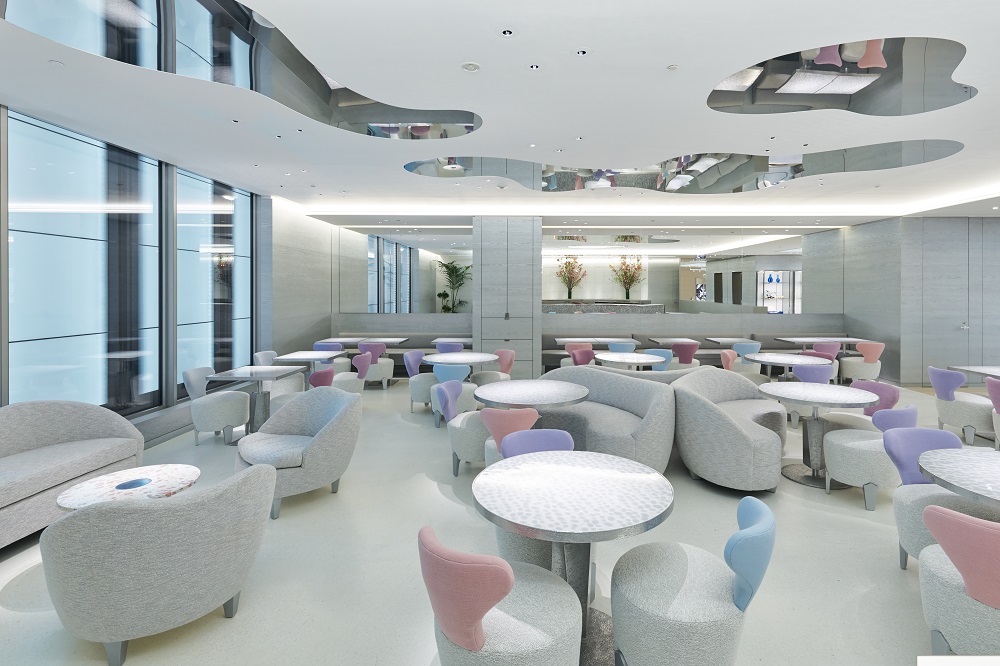 The first Café Dior, in collaboration with world-renowned pastry chef Pierre Hermé, opened its doors in June 2015 at the top level of its Seoul flagship. And this year, exclusive desserts by the same French patissier-chocolatier’s desserts will be made available at another Café Dior, this time in Ginza, Tokyo. The cafe will be a part of Dior’s latest five-storey boutique, which opened in April 2017, on the third floor. Visitors can enjoy its sweet treats after browsing the brand’s collection of read-to-wear, accessories, jewellery and timepieces on the other levels.

Its Tokyo outpost at the Bulgari Ginza Tower, opened in 2007, recently bagged the titled of top restaurant in the World 2017 by Gambero Rosso, adding to its list of accolades that includes a one Michelin star since 2011. Now, the Bulgari il Ristorante – Luca Fantin has recently opened its second edition at the Bulgari Resort Bali in May, helmed by Resident Head Chef Fabrizio Crocetta. Part of the Italian brand’s hospitality arm, the new restaurant will continue to deliver fine Italian cuisine and vintages, as well as the same Italian service you’d receive at one of its jewellery stores.

Expanding its F&B roster in Paris, Chicago and New York City, Ralph Lauren set up its first dining destination in London. Ralph’s Coffee & Bar opened in January this year and is located next door to Polo Ralph Lauren’s Regent Street flagship. Similar to The Polo Bar outpost in New York City, this 36-seater establishment pays homage to the American luxury brand’s equestrian sensibilities with its use of polished brass, dark wood panelling and saddle leather seats, as well as other horse-related paraphernalia. And the curated menu offers traditional American-style fare and a custom blend of coffee roasted specifically for Ralph Lauren.

American longest-established retailer Brooks Brothers also recently jumped on the F&B bandwagon with the opening of The Red Fleece Cafe in Manhattan’s Flatiron district. Dedicated to the Red Fleece line, a range of sportswear and tailored clothing for men and women, the cafe opened its doors in October 2016 and is located on the lower level of the brand’s freestanding concept store. Serving coffee from Oregon-based Stumptown Coffee Roasters, exclusive teas from Kusmi Tea and pastries from Balthazar Bakery, the cafe’s to-go cups also come decked in patterns inspired by Red Fleece, including houndstooth, red tartan and stripes.

The Vivienne Westwood Café in Hong Kong, which opened in October 2015, is composed of two themed areas: One resembling the backstage of a fashion show; the other an 18th-century French tea room complete with chandeliers and paintings. The brand’s touches can be seen on its decor, where its tableware features the signature tartan print of the designer, while its chocolates (that adorns its desserts) sport the label’s orb logo. The cafe is the second Vivienne Westwood cafe in the world, with the other situated at K11 Art Mall in Shanghai.

The swanky establishment is the Italian brand’s first foray into the F&B scene. Opened in Shanghai’s IAPM luxury shopping mall, 1921 Gucci is its first full-service restaurant and is located within its boutique at the same location. The year in its name pays tribute to Gucci’s founding year and serves up a delightful selection of Italian dishes. Interiors are in line with the luxury label’s iconic style, exuding elegance and class with its use of gold and velvet. Earlier in 2011, the brand also opened a Gucci-themed cafe in Florence to celebrate its 90th anniversary.

Part of Burberry‘s London flagship at Regent Street, Thomas’s Café was named after the brand’s founder, Thomas Burberry. With a separate entrance at Vigo Street, the all-day cafe, which opened in mid-2015, is located within the gifting area of the store where visitors can explore its updated collection of gifts – from blankets and cushion covers, to stationery and board games – while enjoying some quintessentially British fare. Items can also be personalised or monogrammed on site.

Of course, we can’t forget the award-winning Beige Alain Ducasse Tokyo. Located at the Chanel Ginza Building in Tokyo, the restaurant came up in collaboration between the Parisian brand and the Alain Ducasse Entreprise in 2004. Taking into the account the spirit of “simple and elegant” of Chanel, the restaurant’s immaculate interiors were designed by Peter Marino, who has also designed the brand’s boutiques all over the world. The two-Michelin-star establishment serves up delightful French cuisine crafted by Executive Chef Kei Kojima.