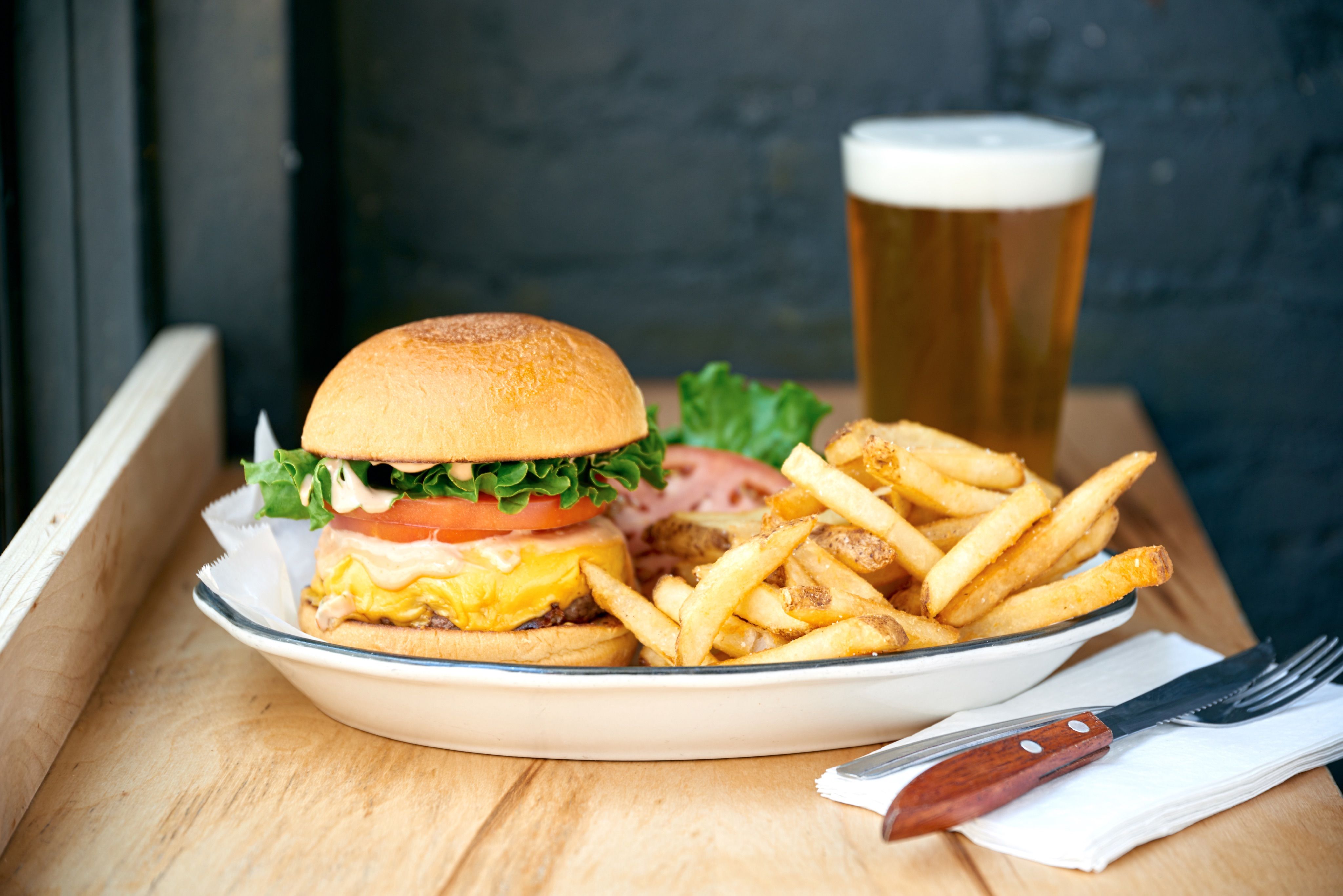 It’s half past two on a Tuesday afternoon. Thumping techno streams in at just the right decibel. Glasses of craft beer float around the floor, before they get delivered to tables already teeming with big, juicy burgers and insane-looking milkshakes. Only four days old and Black Tap Singapore is already buzzing. This bar-ish, American-import burger joint is the brainchild of a man with just the right moniker: Barish, Chris Barish.

The very-soon-to-turn 45-year-old Virgo is amused, “I like that. That’s the first time anybody has made the connection: Barish, bar-ish.”

But in a parallel universe, Barish could’ve been a film director or actor instead of owning bars and restaurants speckled all around the world. He reflects, “There were two paths for me in life: One was to be in the movie business because my father was a movie producer, and the other sort of just happened: I started throwing and promoting parties when I was about 17 and it’s been about creating social spaces ever since. I think I always knew I was going to produce something. I’m just producing restaurants rather than films.”

He counts his dad, Keith Barish (Planet Hollywood founder, and producer of late-20th century blockbusters such as The Running Man with Arnold Schwarzenegger and The Fugitive with Harrison Ford), as one of his mentors, whom he learnt a great degree of marketing flair from. Chris Barish says this about Barish Senior, “He’s more involved in the celebrity aspect of things and putting these great shows together. And he taught me that entertainment and restaurant-building are very similar.”

So in 2000, a young 27-year-old Chris Barish opened his first venue, Light, in midtown Manhattan after graduating from NYU’s Tisch Film. “Before that, I invested in a bar called Moomba and we had every celebrity in the world come in. On the top floor, we only had room for about 85 people. Nobody could get in — it was crazy. So when I opened Light, I wanted something more inclusive.”

Black Tap further taps into Barish’s principle of inclusiveness. A quick scan of the new restaurant at Marina Bay Sands and you’d be able to see such prime example of customer diversity: A gentleman with his two kids have just been seated, and to their right, somebody is having a midday tipple with a bunch of friends.

“Don’t get me wrong, I love nightclubs but demographically, it’s a narrower audience. And here — oh look, he’s having another beer — you get such a wide range of customers, people from all over the world, from different age groups too.”

According to Chris Barish, the name Black Tap is a nod to craft beer bars, where typical black tap handles are the mainstay. The Singapore gastropub currently serves 21 craft beer — 12 on tap, with two from Singapore, including Barish’s new favourite: Archipelago Brewery’s Tropical Pale Ale.

But the brand is definitely more known for its bread and butter offerings: Craft burgers and CrazyShakes. After opening its first 15-seater in New York in 2015, Black Tap has been building an almost cult-like following, thus winning the sort-of Oscars of the burger world (the coveted “People’s Choice Award” at the New York City Wine & Food Festival’s Burger Bash) for three consecutive years.

In Singapore, customers get to experience almost the same quality ingredients as they would when visiting the New York flagship. “We fought hard to make sure our beef is from the US, that the same Martin’s potato buns are used. We’re also importing a lot of US candies but we also found a local Singaporean candy maker to work with, who’s making a lot of the items locally now. Our lamb and turkey are from Australia while our chicken is sourced from Malaysia.”

Joe Isidori, the co-founder of Black Tap, said in his book titled Craft Burgers and Crazy Shakes from Black Tap that though the restaurant “may be a modern restaurant born in the Instagram age, it’s all about nostalgia. Burgers and milkshakes are iconic American food. And the kind you love the best has a lot to do with where you enjoyed the ones you had as a kid.” For Barish, this was J.G. Melon on 3rd Avenue. “It’s the only other burger place I’m going to give applause to. My grandparents would take me there. Owned by a great guy named Jack O’Neill, they had the building painted green, had great burgers and awesome cottage fries.”

The self-professed “burger guy” also wouldn’t turn a milkshake down. In fact, if you ask his wife and business partner, Julie Mulligan, which CrazyShake she’d most likely associate her husband’s personality with, she’d reply, “Sweet N’ Salty [a peanut butter-base shake]. It’s ’cause of his big heart and generosity that comes with a humorous edge. Also he likes peanut butter cups so it’s perfect.”

Barish sometimes shakes it up and orders from Black Tap’s extensive cocktail menu to pair with his meal. “If it’s after work, post-interviews,” he snickers. “I like to have one of our great cocktails such as the Black Tap Mule, where we use fresh ginger, cucumber and lime — it’s a really refreshing drink.”

Though at this very moment, Chris Barish is sipping on Diet Coke. “It’s my last day of a 10-day visit in Singapore for the restaurant’s launch. It’s been burgers and milkshakes almost everyday… and Boon Tong Kee’s chicken rice and rich Chinese food from Imperial Treasure and Crystal Jade. I woke up this morning, thinking: Okay, celery juice it is.”

Chris Barish shares three things that are most important to him:

“One of the conversations my wife and I have a lot — especially having a 10-year-old to always think about — is the longevity of the business. What will Black Tap look like in three, five and ten years? We’re putting a lot of work in; we’re travelling the world; we have team members, who are like our family, that we have to think about — people who have a whole career here.”

“At Black Tap, we use the word ‘fun’ a lot. What I personally do for fun is go to the movies. I took my daughter Beatrix to watch her first action film recently: Mission: Impossible – Fallout. The movie is great! Also, when we get home, Beatrix can’t wait to catch Crazy Rich Asians with us. She’s already watched it twice!”

“I don’t want to say it because of my mom who wants me to be on a diet… but I love food.”