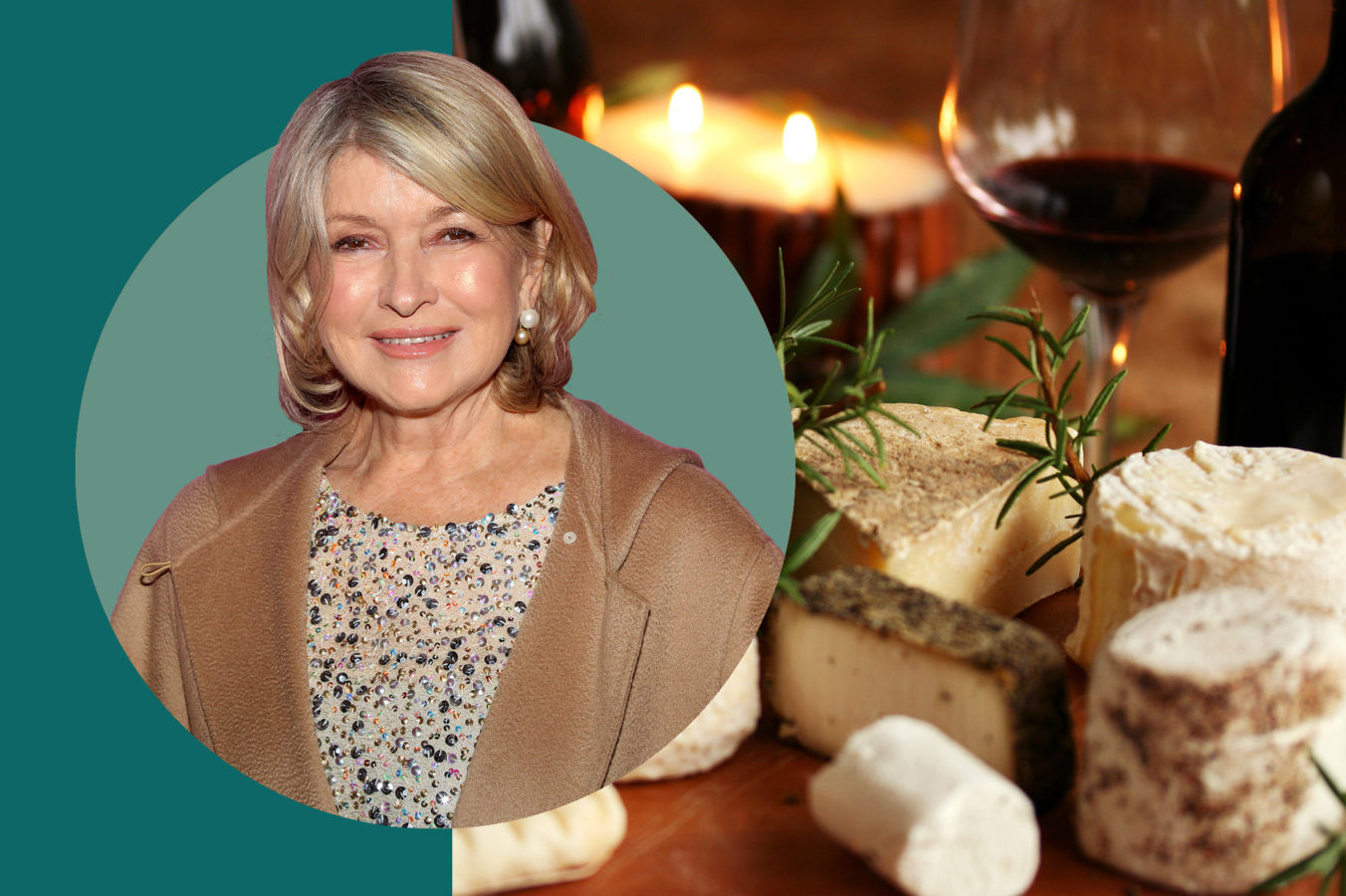 Martha Stewart knows how to host a good party — and she knows that starts with good wine. Joined by master sommelier Ferdinando Mucerino, Stewart led a tasting of wines from Martha Stewart Wine Co., pairing each glass with an extravagant spread of cheeses and snacks. During an event, which was held for American Express Card Members in partnership with Resy, Stewart sounded off on pairing, serving, entertaining and etiquette tips for holiday gatherings. Here are the best things we learned.

1. Think outside the board

While boards are super popular, Stewart had her holiday appetiser spread set out on her counter, atop different plates that were lifted by pedestals. “It’s more than a cheese board,” she said. It’s a “buffet of cheese,” and it can be just as festive. (Also: “Make sure you have a knife for every cheese.) As for accoutrements, Stewart put out a block of beeswax honey, mostarda, olives, Marcona almonds, crudité, and cured meats.

One of Stewart’s favourite places to source fine cheese and charcuterie is Murray’s Cheese Shop in New York City. “They have one of the very finest cheese assortments in the city; and they also sell online.”

2. Source a small variety of wines

You don’t need to overwhelm your guests with options, but it’s good to cover your bases. First and foremost, “a good white, and a very nice light red for people who covet a red wine.” She also recommended two wines, in particular, from her wine collection to have on hand: the 2020 Terra Sara Verdejo, and the 2018 Sierre Trails Old Vine Zinfandel. (“The zinfandel is great if you’re going to serve a roast turkey,” she said.)

3. Get creative with glassware

You don’t have to serve your wines in traditional wine glasses, selecting the proper glass for whites, reds, etc. Stewart said she collects old wine glasses and her favourite is the bistro glass — the squat-looking kind they use to serve wine at traditional French bistros. But the glass she chose to drink her white wine from during the event was thinner than your standard white wine glass. “It’s not traditional, but it’s a very elegant glass,” she said. “I would drink wine out of any glass.” (Same, Martha.)

4. Pay attention to the temperature of what you’re serving

The temperature of your offerings matter, from the wine to the crudité. If you’re serving crisp vegetables for dipping, make sure they are super cold, said Stewart. While for your cheese, it’s imperative for the flavour that they are room temperature, so take them out a few hours before having people over. “Most cheese tastes much better at room temperature — especially creamy cheese and blue cheese,” she said. If you’re serving shrimp cocktail, however, that should be “icy cold.”

5. Feel no obligation to open a guest’s wine

“If you bring a wine to a party, the host is not obligated to open that wine,” said Stewart, answering a question from an attendee. “Unless you bring it for a specific dish that’s being prepared for the kitchen.” She added, with a laugh, “Sometimes I look at a wine that’s come with a guest and hide it in my closet.” Honestly, we respect it.