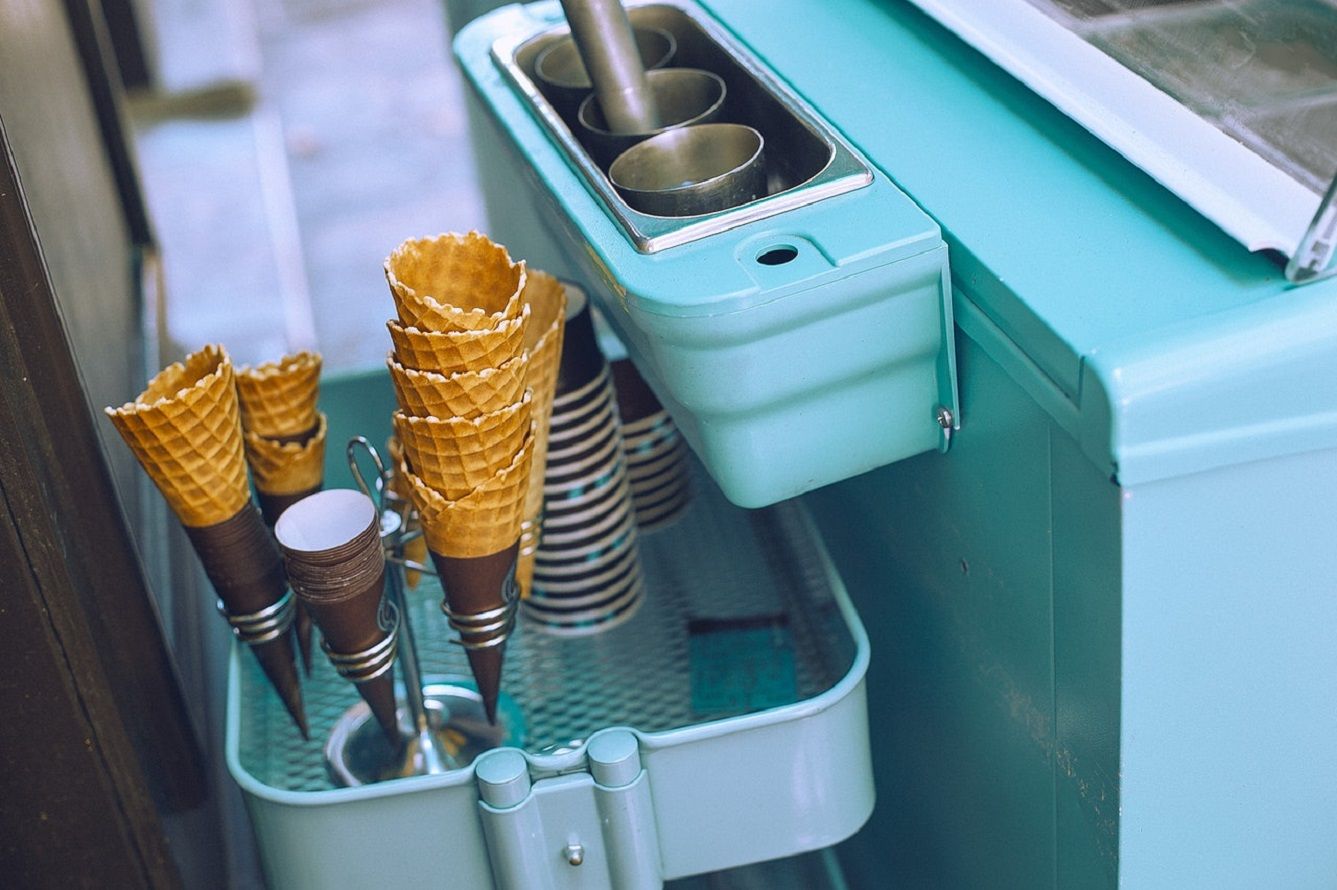 While last week’s Chefs at Home episode was all about pizza, this week, the menu includes everything from octopus to banana-rum ice cream. Jenny Dorsey — chef, writer, activist, and founder of Studio ATAO — kicks off the first instalment by making a Lemon Verbena Octopus Terrine, crowned with a garnish of fresh blackberries and pickled mustard seeds. Then, she moves on to crispy Spot Prawns with Morel and Chocolate Sauce, before wrapping up with the ultimate salty-sweet treat — Banana-Rum Ice Cream in Cheddar-Cracker Cones, which turn Goldfish crackers into ice cream cones. Learn how to make all three by following along with the videos below.

First up is the Lemon Verbena Octopus Terrine, which Dorsey says you can serve as an appetiser at a dinner party. “I love this recipe because it sounds kind of complicated, and it looks really gourmet, but it’s really simple, and I think you’ll want to make it at home,” she says.

To start, prep your octopus by removing the beak and blanching it in boiling water for one minute, taking care not to overcook it. Then, remove the head, cut it in half, and get it into the sous vide bag along with the onion, ginger, garlic, salt, dried lemon verbena, coconut oil, and finally, green peppercorns. Sous vide for five hours at 76°C. Once the octopus is done, cut each piece in half and arrange the tentacles lengthwise in the plastic-wrap-lined loaf pans. Strain the liquid leftover in the sous vide bag through a fine-mesh sieve and then spoon a few tablespoons of it into each pan. Then, cover the octopus with the overhanging plastic wrap and place another pan on top, using a heavy object like a can or big book to weigh them down.

Next, Dorsey makes the spot prawns with morel and chocolate sauce, which she calls “one of my favourite sauce recipes in the whole wide world.” To make it, sauté sliced yellow onion in a saucepan, gradually adding in the dried morel mushrooms, white chocolate chips, chopped dill, and finally, dashi broth. Once all of the ingredients are in the pot, they first cook on the stovetop for 30 minutes. After that, you remove the pan from the heat and let the ingredients infuse for another 15 minutes. Strain the sauce into a small bowl, pressing on the solids to release juices, and then keep it warm until you’re ready to use it.

For frying the prawns, you’ll need to make the tempura batter — a combination of all-purpose flour, cornstarch, baking powder, kosher salt, egg, and sparkling water — and dip each prawn in the batter so it’s coated. Then, (carefully!) add them to the pot of heated oil (185°C) and fry ’em until they’re light golden brown and crisp, which should take one to three minutes.

After you’ve let the prawns drain on paper towels, they’re ready to eat. Get them on a plate with a ramekin of the dipping sauce, and garnish them with small dill sprigs and the fried prawn heads, if you’re using them (which you absolutely should).

Get The Recipe - Spot Prawns with Morel and Chocolate Sauce

Last, but certainly not least, is the Banana-Rum Ice Cream in Cheddar-Cracker Cones, one of Dorsey’s “favourite dessert combos.” Start off by making the cheddar-cracker cones. You’ll need cheddar crackers (she uses Goldfish), blitzed up into a fine powder with a food processor. Then, mix that powder in an electric mixer with eggs, granulated sugar, unsalted butter, and whole milk to create the batter. You can then use a mini or regular waffle cone maker (or a nonstick skillet, if you don’t have one) to create the cones.

From there, all that’s left is making the ice cream. The custard base is made with egg yolks, granulated sugar, heavy cream, milk (or half-and-half), and banana extract. The ice cream also gets a double dose of rum, thanks to the bananas flambéed in rum plus additional rum that gets mixed in. Once everything has been churned in the ice cream maker and had time to harden up in the freezer, scoop the ice cream right into your cheddar cracker cones and enjoy.

“It’s a nice cascading effect of salty and sweet,” Dorsey says as she tries a cone.