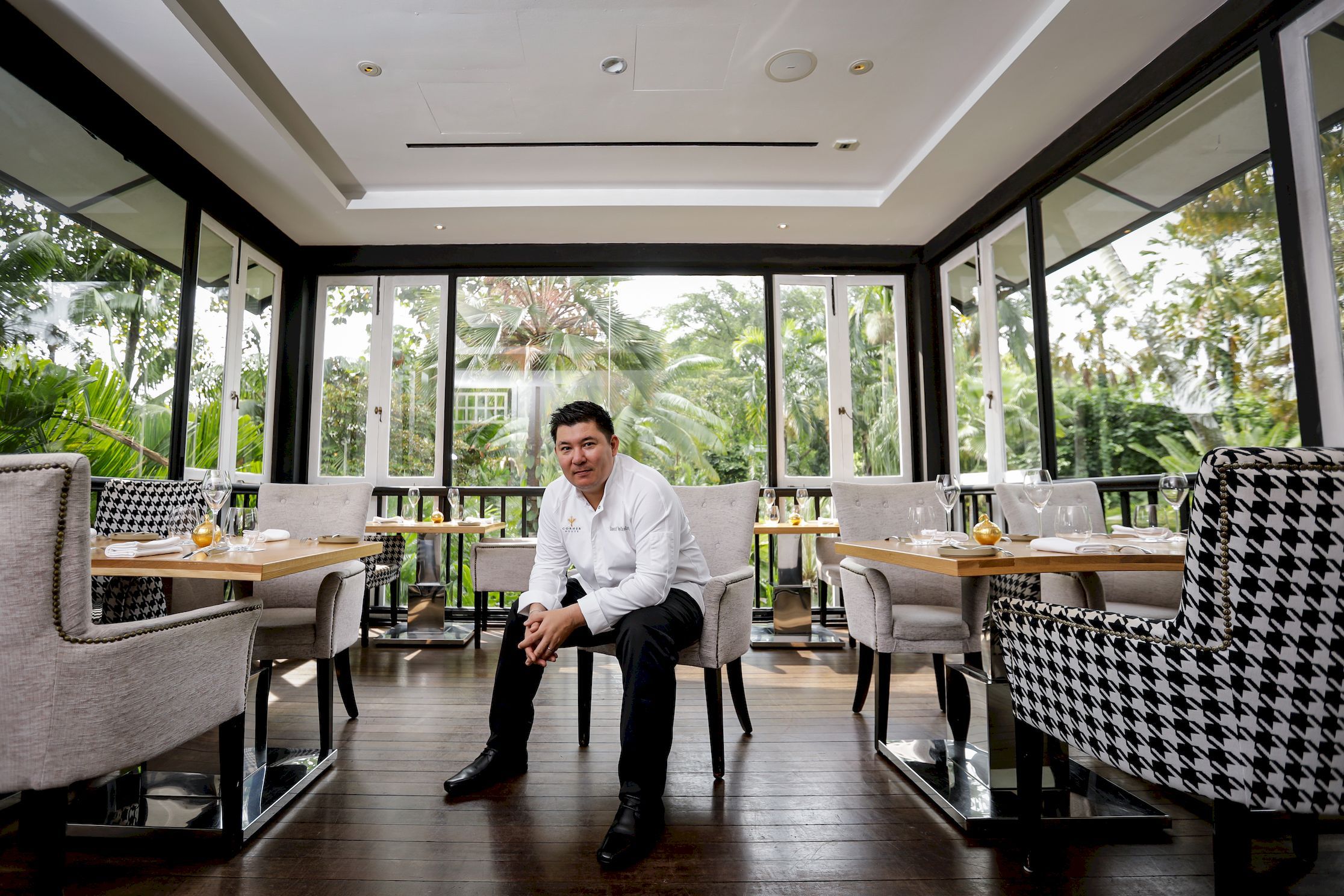 One-Michelin-starred Corner House has appointed David Thien as its new Executive Chef. The Bordeaux-born and Singapore-based Thien will officially assume his new role on 25 March and is taking over from departing chef-patron Jason Tan, who has helmed the restaurant for the past six years.

Thien, 39, will introduce a new menu in early May that’s inflected with French and Asian flavours, and inspired by “personal stories, thoughts and memories”.

“I arrive at Corner House with a deep respect of the legacy created and the wish to honour further French and Asian cooking moving ahead. The 12 years spent in Asia have greatly influenced my cuisine, crystallising a fresh vision of a French chef celebrating Asian food without boundaries,” said Thien, who’s a Frenchman of Chinese Mauritian roots.

He was formerly Chef de Cuisine of the defunct Shelter In The Woods, which he co-founded with Renny Heng (Corner House’s owner) in 2012, and has done stints in the kitchens of L’Atelier de Joel Robuchon, TWG Tea Group’s restaurants, and Straits Clan. Thien also previously worked with acclaimed chef Thierry Marx — whom he considers a mentor — at Cordeillan Bages in France, a famed institution that once held two Michelin stars.

“David Thien is one of the very few chefs I sincerely respect for his exceptional culinary skills. This coming chapter will bring together what Corner House and David does best, which is to employ French techniques with an Asian influence to create a meal that is textural, flavourful, and unforgettable,” said Heng who opened Corner House in 2014.

Under chef Jason Tan’s leadership, the restaurant has become one of Singapore’s most successful fine dining establishments and is famed for its gastro-botanica cuisine, which places equal importance on plant and protein elements in its food. A signature dish is Oignon Doux Des Cevennes, showcasing an onion prepared in four ways including a confit and tart. It has maintained its Michelin star for the past four years and is currently ranked 49 on the Asia’s 50 Best list.

This is not the only exciting development for Corner House in 2020. The fourth quarter of the year will see it participating in an Eight Hands Dinner where Thien will collaborate with chefs Julien Royer of three-Michelin-star Odette, Alain Herber of Tiong Bahru Bakery, and Frédéric Colin of Brasserie Gavroche on a special menu. The four chefs first met when they previously worked at The St Regis Bora Bora together.