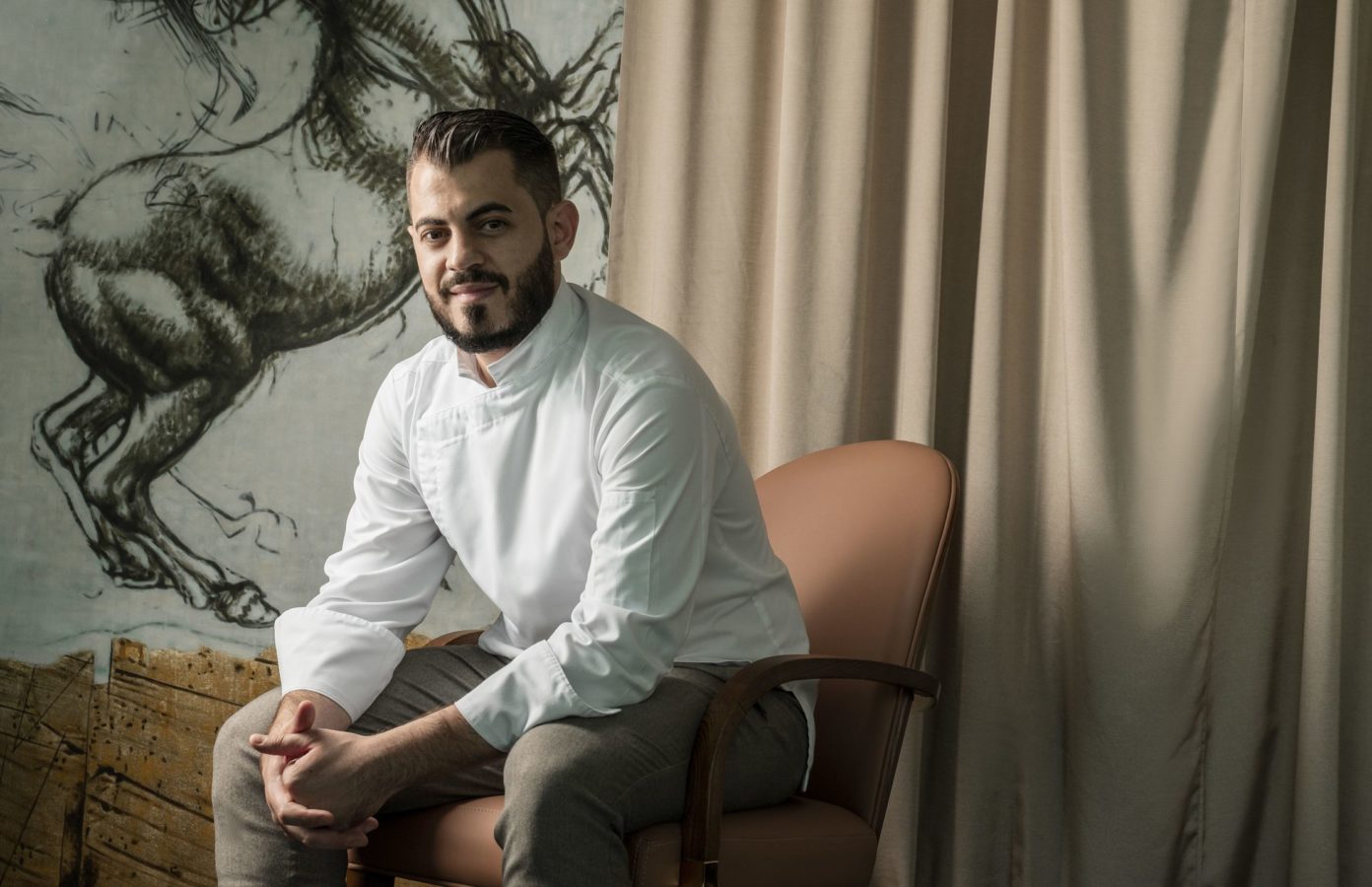 Wine & Dine
A new dawn for dining: How restaurants are restarting in a crisis
Share
Next article

Where restaurants have shuttered in Covid-19’s wake, others have rebooted. We reveal how the food industry is heralding new chapters in a crisis.

When the Circuit Breaker was announced, Riviera Forlino’s Executive Chef Rémy Carmignani (pictured above) was devastated. Just five days before the lockdown measures were announced, the restaurant had announced its rebirth that encompassed a new concept, refreshed interiors and an exciting culinary transformation.

He had just moved his family over to start afresh in Singapore and was raring to showcase Riviera Forlino’s new menu and identity to diners. “There was so much heartbreak,” he laments.

Riviera Forlino is just one restaurant in an industry that is gasping for breath under the weight of substantial losses and high rental costs. Adaptability was key for the industry’s biggest players. In an interview with Prestige in June, Wee Teng Wen, Managing Partner of The Lo & Behold Group that is behind some of gastronomy’s biggest names like Odette and Le Bon Funk, implemented a multi-pronged “Transform to Survive” plan. This went beyond the delivery and takeaway model and included retail and in-home experiences to “diversify revenue streams”.

In the same issue, Loh Lik Peng, Chief Executive Officer of Unlisted Collection, which owns Michelin-starred restaurants such as Nouri and Burnt Ends, echoed his sentiments. Asked about the brand’s strategy for the future, Loh says they will try to ensure “multiple and robust income streams”.

As diversification became synonymous with survival, Chef Carmignani and his team were forced to pivot. Instead of delivering from its usual menu, Riviera Forlino offered family packs of signature dishes and pre-prepared meals to help diners recreate the restaurant experience at home. He spent the Circuit Breaker perfecting his new dishes.

Likewise, Executive Chef Kirk Westaway of JAAN used the “enforced respite” to work on his new summer menu. While he was impressed to see his peers “completely change their working models in a matter of few days”, the restaurant did not offer takeaways and deliveries. Instead, it collaborated with Tough Time Tickets. Each ticket was offered at a reduced price for a seven-course meal from Chef Westaway’s Reinventing British menu and is valid for a year from purchase.

Restaurant Refresh
Now that dining in has resumed, the food scene looks a lot like it used to – save for new precautionary measures. Restaurants have reopened and restarted their businesses, with changes varying in scale.

Riviera Forlino is charging ahead with its revamp. To shed the image of the old Forlino, its entrance and passageway now sport eye-catching neon signs, palm-print wallpaper and kitschy wall art by local artist The Next Most Famous Artist. He lends a Singaporean spin to Bartholomeus van der Helst’s portrait of Gerard Andriesz Bicker by superimposing it with a cup of bubble tea. The portrait is an unexpected emblem of the restaurant’s – and gastronomy’s – new era. It beckons you into the dining room, where dark leather chairs have been replaced by suede blush ones as a modern juxtaposition to the space’s gold pillars.

At Corner House, its restart comes with the appointment of Executive Chef David Thien. Chef Thien has stepped into the big shoes of Chef Jason Tan, a household name who helmed the kitchen for six years and earned the restaurant its Michelin star.

Where Chef Tan focused on gastro-botanica cuisine, Chef Thien puts a distinctly personal spin on the menu. His concept, labelled “French-Asian cuisine without shackles”, follows a narrative of his memories and experiences. The omakase-style menu is served in three, five and seven courses alongside chapters he wrote. The French-Chinese- Creole chef has lived in Singapore since 2007. A number of his dishes are sublime interpretations of local food such as achards and Chinese chives.

The new menu comes at a lower price point. Chef Thien explains that the restaurant’s goal is to “provide the best experience and be more affordable for local clients”.

Restarting takes a different shape for JAAN. For the first time, Chef Westaway launched a pop-up held at modern cocktail bar Anti:dote. The menu featured elevated British pub favourites inspired by his memories of growing up in Devon. “When Phase Two commenced, we wanted to understand the appetite for dining out in the market.” He describes the demand for A Casual British Summer pop-up as so “amazing” that he had to extend its running for a longer period.

Keeping the light on
While the pandemic may have battered and shuttered many, it’s not all doom and gloom. A glimmer of hope remains as closures have turned into a metamorphosis for some. One-Michelin-starred Vianney Massot Restaurant folded its Hongkong Street location before its lease could be renewed. In a statement, it explains that the space was “no longer compatible” with its vision. Fortunately, the closure is temporary. It is now looking for a new address.

Popular patisserie Antoinette has permanently closed due to an exorbitant Urban Redevelopment Authority levy it had to pay for the use of its Penhas Road shophouse. Chef-owner Pang Kok Keong has ventured far from French pastries and opened casual eatery Pang’s Hakka Noodles.

New, flourishing names on the scene prove that Singapore’s food and beverage industry is showing no signs of slowing down. These include Sushi Kou, which is helmed by Yoshio Sakuta from two-Michelin-starred Shoukouwa, Brooklyn-based Lucali BYGB and New York’s famous seafood shack Luke’s Lobster.

The road to recovery is a long one but things are looking up. Weekend reservations at popular spots are now hard to come by with more crowds dining in. Purchases of takeaway meals and deliveries are still consistent. “It shows just how resilient the industry is,” says Chef Westaway.

Despite the challenges ahead, many remain optimistic. Chef Thien’s hopes for gastronomy in this new world says it all: “To grow, remain alive and exciting.”

Guide: Restaurants in Singapore with takeaway and delivery options

Chef Julien Royer on weathering a pandemic, and why hospitality is important

The gourmet grocers that deliver