Brisbane chef Javier Codina on longevity in the dining scene, and his upcoming residency at The Sanchaya 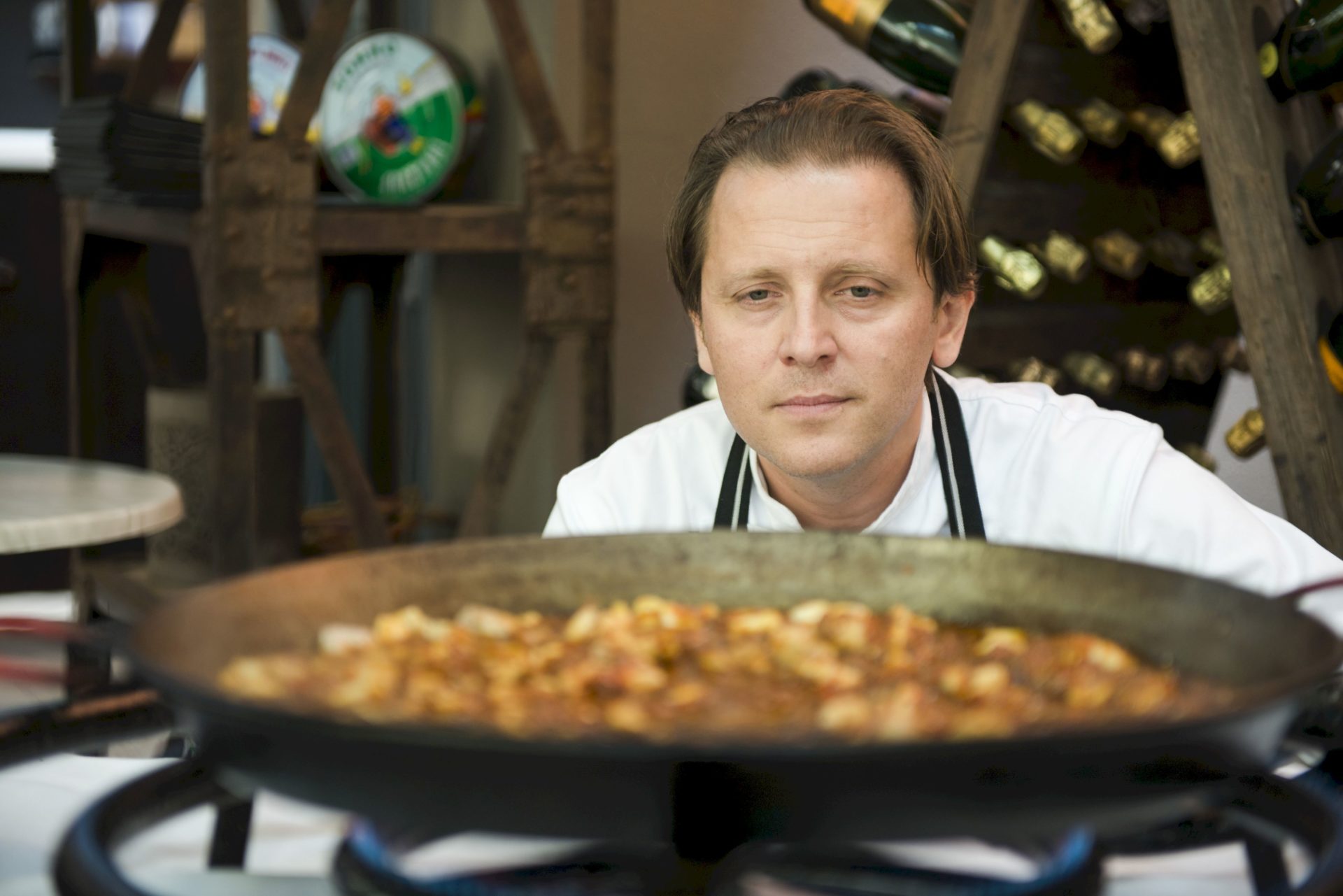 Chef-owner Javier Codina of Moda Tapas Brasa Bar will be at The Sanchaya later this month for a guest chef residency. (Photo: Marcus Bell/ Studio Impressions)

Ask any restaurateur in any big city about the challenges they face, and chances are, he or she will mention the ever-growing competition, saturated dining scene, or constant need to retain customers — all of which make it difficult to sustain one’s business.

Over in Brisbane, however, it seems that Barcelona-born chef-restaurateur Javier Codina has cracked the code to longevity in the industry. His restaurant Moda Tapas Brasa Bar turns 20 this year, and has revamped thrice. It started out in 1999 as an Italian restaurant named Gianni’s, before evolving 11 years later into Moda, a Spanish restaurant serving hearty classics such as chorizo and paella. Last October, it relocated from its original Edward Street premises to The Barracks, a heritage site at Petrie Terrace, and rebranded as a tapas eatery equipped with a rotisserie and Mibrasa charcoal oven.

“I think that the best way to describe my longevity and success in Brisbane is very simple: Consistency, happiness, and honesty. My philosophy, approach and passion to work with local producers have enabled me to fulfil my dreams,” said Codina, 49, adding that he moved his restaurant because it was time to “start a new chapter” after nearly two decades in the same venue.

On the menu are entremeses (appetisers) such as scallops and smoked duck breast, charcoal-grilled meats, and tapas like cobia ceviche and black pudding pintxos. There’s also a Javier’s Table three-course degustation option for diners who’d rather leave their meal in Codina’s good hands.

Apart from focusing on growing Moda in its new home, Codina is also preparing for a guest chef residency at The Sanchaya in Bintan from 27 to 29 September 2019. He’ll team up with the resort’s resident chef Giacomo Turzo on a three-course dinner showcasing Moda’s signature dishes such as Riverina beef cheek and seafood paella, as well as a Sunday barbecue brunch inflected with Mediterranean flavours. On the 28th, Codina will replicate his Javier’s Table experience at The Sanchaya’s Decanter restaurant.

We caught up with Codina to find out more about Moda’s secret to success, as well as his upcoming residency.

Wine & Dine
Malcolm Wood, co-founder of Mott 32, tells us what to expect when it opens in Singapore
This will be your first time in Bintan. What made you agree to the weekend residency at The Sanchaya?

I love new experiences, cultures, flavours and ingredients, so when the residency at The Sanchaya came about, I jumped at the opportunity. What excites me the most is going to a new country and working with the local ingredients, which always offers a challenging yet fulfilling experience.

What can guests expect to see and taste during your residency?

The menu I have created is going to be an eclectic combination of flavours of my childhood memories and Queensland, the place I now call home.

At The Sanchaya resort, I am going to take the guests on a trip to culinary Spain, bringing flavours of the Mediterranean, Castilla and Basque Country. By nature we Spaniards take our food very seriously, and in a very passionate fashion. Every single dish I have created for the event has its own story to tell, whether it’s personal, professional or sentimental, and the guests will be able to experience the story through taste.

Absolutely, the first thing once I arrive will be a trip with Chef Giacomo to the local market. I am very excited to taste the local seafood and learn about the region’s indigenous ingredients.

Apart from The Sanchaya residency, what other projects do you have in the pipeline?

As we moved Moda’s location less than 12 months ago, my main focus will be to establish ourselves in the new part of the city in Brisbane. It’s fantastic to be part of the historical location at The Barracks. Our new location is very close to Caxton Street and Suncorp Stadium, drawing in a new patronage.

Your restaurant has also been renamed Moda Tapas Brasa Bar. Can you tell us more about what else has changed?

Moda has evolved into a brasserie-style restaurant, where our customers can come for delicious tapas, pintxos and glasses of vino, or indulge themselves in a more elaborate menu and dishes complemented by our Javier’s Table experience.

What are your thoughts on Brisbane’s dining scene, and how has Moda evolved over the years to remain relevant?

We live in a society with a very open mind, with the majority of the population willing to try new things. There is a whole new generation of chefs trying to push the boundaries and techniques. My approach is the opposite, trying to enforce the classical flavours with a modern twist while always keeping the produce at its best.

Having run Moda for almost two decades now, you’re very much a veteran in the F&B scene. What advice would you give to aspiring restaurateurs and chefs?

I would advise that you keep speaking with the customers, and always remember that you are cooking for them and not for yourself.

Lastly, what do you love most about being a chef?

I grew up around food and cava at home, and as they say, home is where the heart is. My passion for the land, growers, farmers and their families is what keeps me in the kitchen.