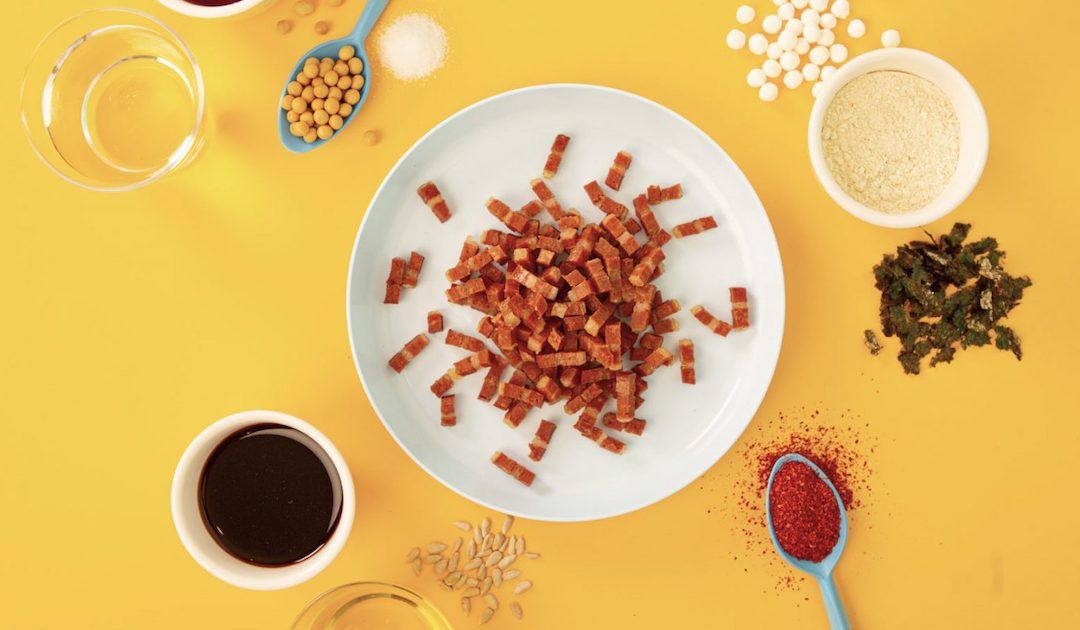 Vegan bacon sizzles on a pan in the office of La Vie, a French startup whose quest to produce the “holy grail” of the growing plant-based meat industry has gained the financial backing of Hollywood star Natalie Portman.

The Paris-based company has raised 25 million euros (S$38 million) from investment funds and climate-conscious celebrities like Portman, an avowed vegan. If not the first to bring plant-based bacon to the market, La Vie’s founders are banking their success on mastering imitation pork fat, setting it apart from other brands.

“We’re the only ones in the world today to have succeeded in developing a vegetable fat that cooks, fries, infuses and browns” like animal fat, enthused the company’s chief executive and cofounder, Nicolas Schweitzer.

After several minutes on the frying pan, the rashers of La Vie’s imitation smoked bacon were golden brown, crunchy and similar in taste to the real McCoy. Next up are lardons. The chunks of meat and fat also brown up nicely, but are a bit salty.

“We have a reduced salt version as well,” said Vincent Poulichet, 32, the company’s scientific expert and other cofounder.

The lardons received a C rating on France’s “Nutri-Score” food health rating scale — a middle score on the A to E ranking. “Worse than broccoli, but better than pork lardons,” the company notes wryly on its website.

Startups and established food manufacturers alike have been rolling out a variety of products that aim to replace beef, chicken and pork with plant-based ingredients. But making faux bacon taste like the real thing is another challenge.

Ethan Brown, the head of industry leader Beyond Meat, told the Wall Street Journal last year that making bacon, steak and raw chicken were all the “holy grail”.

A growing number of consumers are seeking to reduce or eliminate meat from their diets over concerns including animal rights and the industry’s impact on the environment. According to a 2021 report by market research firm Euromonitor International, more than one in four consumers globally say they are trying to limit their meat intake, in addition to the 10 percent of people who are vegetarian or vegan.

London-based market research firm Fairfield expects the market for plant-based meat to grow by nearly 19 percent annually between 2021 and 2026, to hit $13 billion.

Replicating the taste of pork with plant-based bacon and lard

La Vie’s founders, who created their company in 2019, believe conquering consumers on taste is the real key to success. “After three years of research and 5,000 trials we succeeded in the somewhat crazy challenge of reproducing the taste of pork,” said Schweitzer, 34.

The fat in La Vie’s plant-based bacon and lardons is made mostly from sunflower oil and specially-treated water. The meat part contains soy protein, salt, natural colourants derived from radish skins and tomatoes, and natural flavours. It was after testing La Vie’s products at home in the United States that Portman joined the company’s financial backers.

“It was by giving people a taste of our products that we managed to put together this extraordinary round of financing,” said Schweitzer. “Right away, investors said, ‘Oh, yeah!'”

Venture capitalists like Oyster Bay, Seventure and Partech joined the funding round, as did the owners of several successful European startups such as Oatly, Vinted, Back Market and BlaBlaCar.

Expanding to British and US markets

In addition to taste, La Vie believes its bacon is healthier for people, the planet, and of course pigs. The company says its products contain less than a tenth the saturated fat of real bacon, and their production has fewer carbon emissions and uses less water.

La Vie’s imitation lardons are already on sale at Carrefour shops, and it aims to get them on the shelves of all major supermarkets in France in 2022. It also sees vegan and vegetarian restaurants as key to getting more potential clients to taste its products.

La Vie aims to get its products on British shelves by April and then rapidly enter the key US market as well. The company, which has partnered with an established cold cuts and prepared foods manufacturer, plans to quickly double its staff to 60 employees.