Plant-based seafood is now a thing. Here’s how you can try vegan fish in Singapore 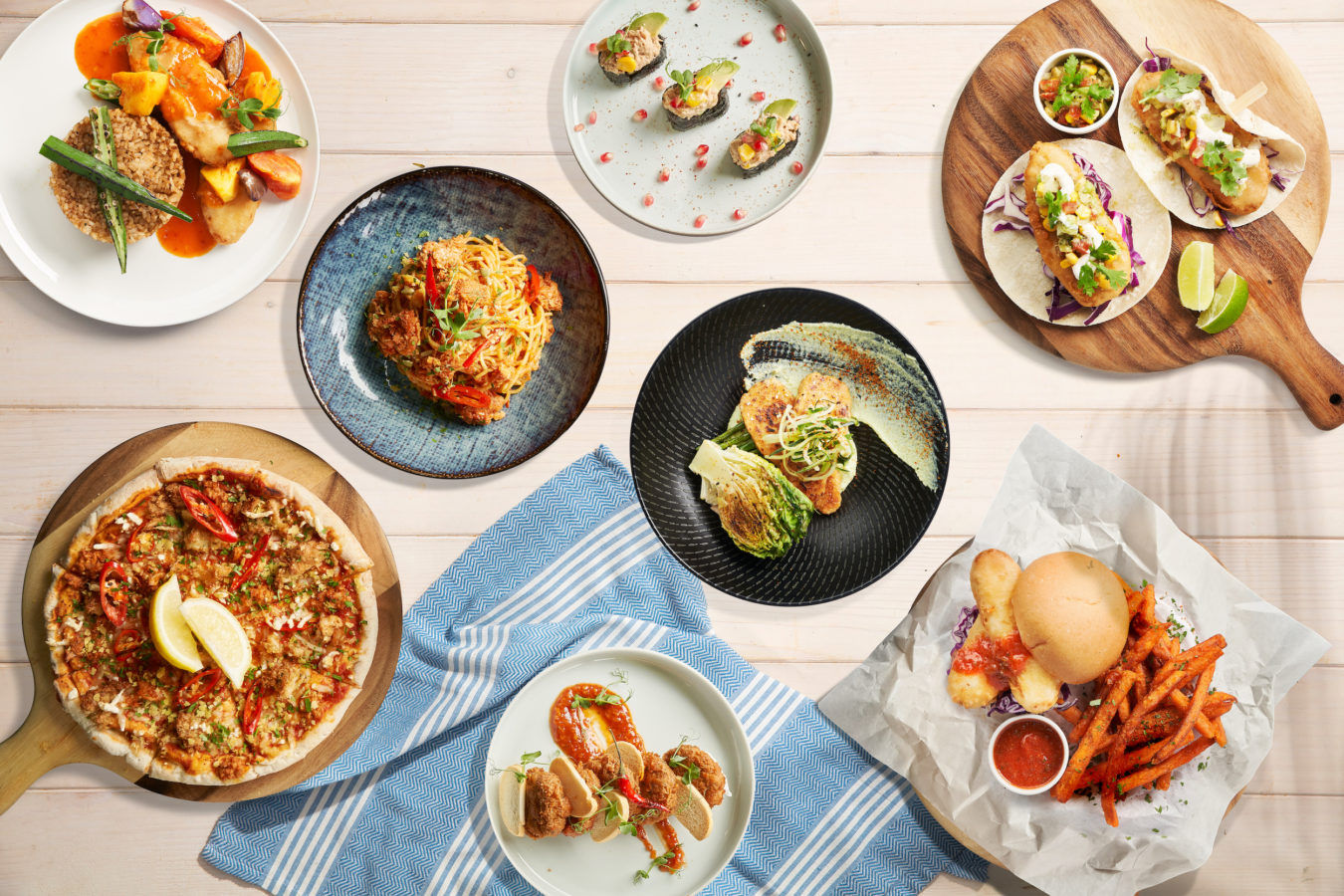 Wine & Dine
Plant-based seafood is now a thing. Here’s how you can try vegan fish in Singapore
Share
Next article

It came for your beef, your chicken and your pork. Now, seafood is next in line to be given the plant-based treatment.

Launched in Singapore this November, Hong Kong-based company Omnifoods has introduced a range of six plant-based fish to stand in for tuna, crab and whitefish. Similar to their pork substitutes, the new products are said to offer a safe and alternative source of protein while tackling environmental concerns like overfishing and degradation of the seas.

“We are very excited to bring our delicious new Omniseafood creations to Singapore,” said David Yeung, founder and CEO of Omnifoods’ parent company Green Monday Group. “Having proven market success with our range of alternatives to meat, our primary objective is now to address overfishing and offer consumers a healthy and sustainable option that slows down the impact of seafood consumption.”

Omnifoods’ expansion comes at a time when the market for plant based products is growing. According to Enterprise Singapore, local interest in conscious consumption doubled in 2020, and flexitarians — people who primarily eat a plant-based diet but occasionally consume meat or seafood — represent the fastest growing segment. Global demand for plant-based meats is also surging, with the value set to reach US$23.2 billion by 2024, said market research company Euromonitor.

The ocean is another reason cited as the need for plant-based seafood. The average person here consumed 22kg of seafood last year, said the Singapore Food Agency (SFA), surpassing the global average of 20kg. The World Wide Fund for Nature (WWF) also observed that three quarters of the seafood served in Singapore is unsustainable.

While local authorities have been pushing aquaculture as an alternative, fish farming involves the use of antibiotics, pesticides and other chemicals to prevent disease and parasites. Much of these chemicals then accumulate in fish tissues. (SFA has a certification stamp for fish farms that adhere to good aquaculture practices, including the type of feed and chemotherapeutants used. Out of the 110 farms currently registered here, only four have received the mark.)

Omnifoods said their products address all these concerns. Made primarily from non-genetically modified soybeans, the plant-based alternatives are certified vegan and free from alliums, trans-fat and cholesterol. It is also mercury-free, and contains no hormones, artificial colouring, monosodium glutamate, antibiotics and preservatives.

The company pointed out that the products share a similar look, feel and taste of the real thing. During a tasting at their Singapore restaurant Green Common, the Omnituna sushi arrived tender and smooth, and the crab cakes were sweet. Breaded fillets, which were served as a burger and taco, were flaky and juicy. The only letdown was the regular fillet, which lacked the expected taste of fish.

Omniseafood is currently available as part of the dishes at Green Common. Products like the tuna and fillets can also be purchased as ready-to-cook items.