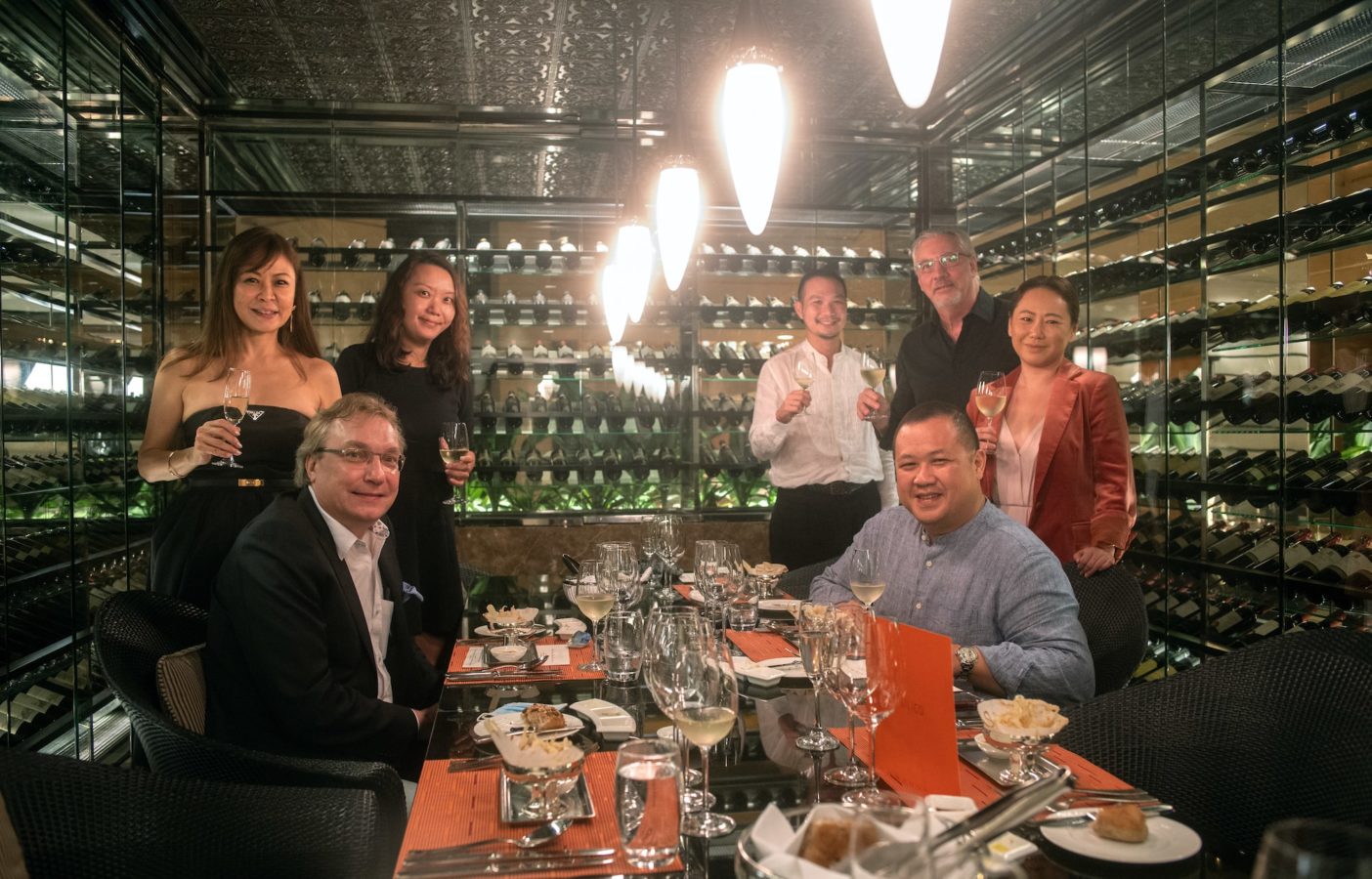 In the first-ever Prestige Passions function, we partnered with Regent Singapore’s popular Basilico restaurant to bring the culinary treasures of Italy’s southwestern coastal region to readers.

On Mar 25, we jointly hosted Alicia Thian and Brian Bonde to a sumptuous wine dinner featuring signature Calabrian dishes paired with labels by one of the region’s top producers, Librandi.

During the evening, we were joined by the wine supplier Mario Zocca, managing director of Wine List Asia, and his team. While savouring the five-course menu, which was paired with four wines and one spirit, Zocca also presented a mini masterclass on the little-known ancient wines, endemic grapes and winemaking methods of Calabria, which date back to 8th century BCE.

The dinner party learnt that Calabria, which occupies the “toe” of Italy’s boot-shaped peninsula, is one of the country’s most underdeveloped and enigmatic regions. Although separated from the island of Sicily by a narrow sea channel, it boasts a unique gourmet heritage unlike that of the Sicilians or its neighbouring regions. Calabria’s location at the confluence of cultures (Greek, Arab, Spanish, Roman and Norman), and its prominence as a hub of historical trade routes, resulted in cuisine that is simple yet robust and spicy – and along with it, vino that is made for its food and also marries well with Asian cooking.

Paired with the first dish, Fried White Bait Fish with Lemon and Spicy Marinara Sauce, was the soft, fruity and utterly refreshing white Cirò Bianco DOC 2019, which is completely made from the Greco Bianco grape. Further whetting our appetites was a Mediterranean Octopus Carpaccio served with the Cirò Rosato DOC 2020, which is a memorable dry rosé featuring 100 per cent Gaglioppo grape and boasting much more structure and complexity than its cousins from other production regions.

The pasta dish was Fresh Maccheroncini tossed in a traditional and flavourful Calabrese pesto, paired with the medium-bodied and vibrant Duca San Felice Cirò Rosso Classico Superiore Riserva DOC 2015. The beautiful Charcoal Grilled Baby Rack of Lamb was drizzled with a reduction of Magno Megonio Val di Neto Rosso IGT 2016, which is a full-bodied red wine with a long finish that also accompanied the dish.

For dessert, the San Felice red was cooked into a lovely marmalade for the filling of the Pie Calabresi, a traditional cookie that was served alongside the delectable Tartufo di Pizzo Calabro, a chocolate and hazelnut gelato dome. Ending the night on a sweet note was the Venti L-Amaro Italiano, an aromatic and strong herbal liqueur blended from 20 botanicals, each from Italy’s 20 regions.

Speaking of regions, Basilico holds such special region- based wine dinners regularly. Puglia, Friuli Venezia Giulia and Tuscany were some that were featured recently, although the restaurant has always enthusiastically promoted Italian regional cuisine over the years. If you are keen on the famous vino and food of Piedmont and Sicily, or the undiscovered delights of Campania and Umbria, check out regenthotels.com/regent-singapore for the latest updates. Availability each time is limited to around 40 guests.

Review: Basilico’s new Best of the Best menu is an all-star curation of its greatest dishes

Italian Restaurants That Are Finally Open For Brunch In Singapore