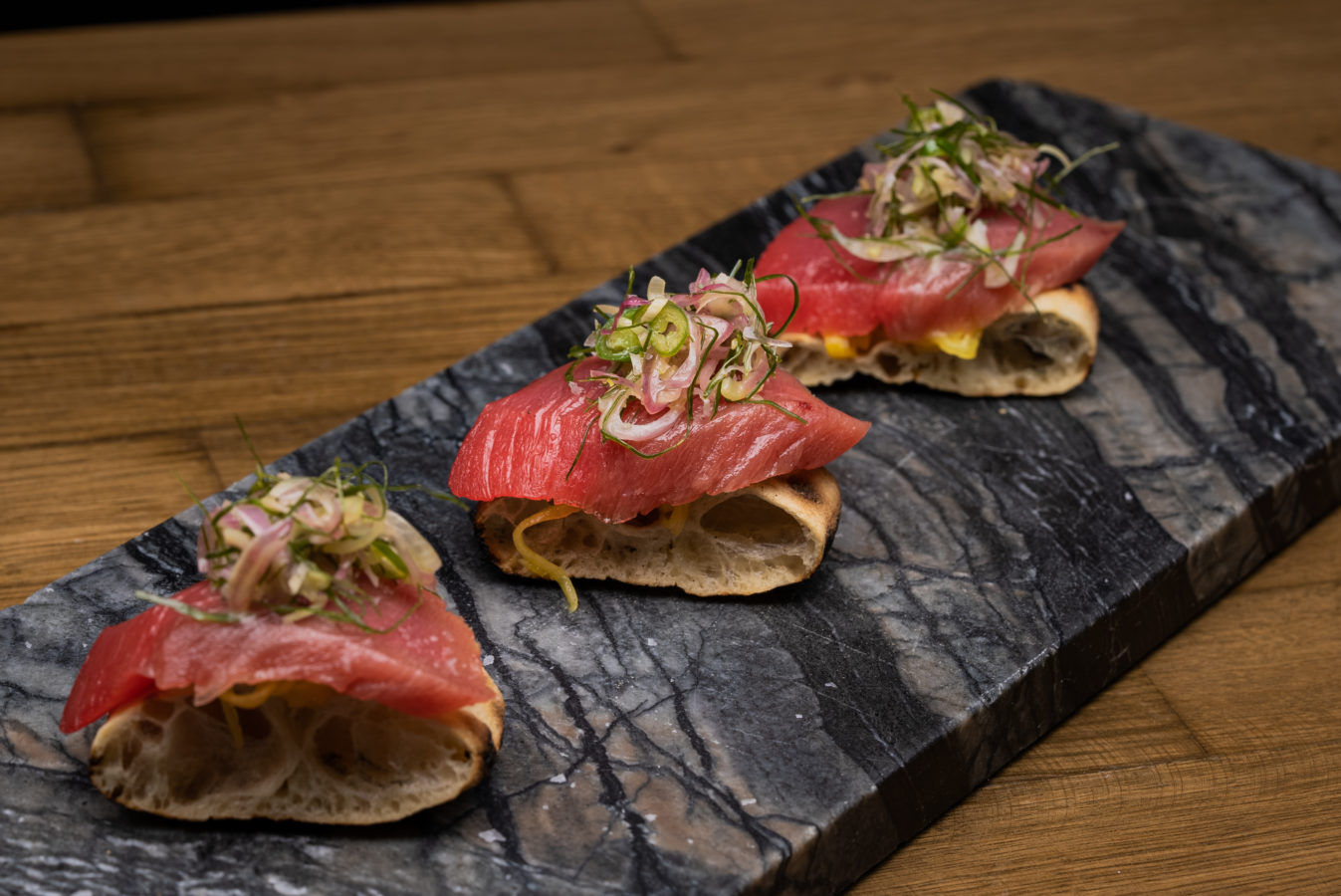 The blasphemy of combining bread and sushi is likely to leave purists aghast or, more likely, enraged, but if anyone were to pull it off it would be chef Bjorn Shen.

The Singaporean chef-owner of Middle Eastern-inspired restaurant Artichoke and Masterchef Singapore judge is known for his big and bold flavours, original and often wild concepts. He started Small’s in January 2020 as a creative space for adventurous foodies, where up until this year, he was serving pizza omakase.

It drew huge success and Shen and his team are now ready to evolve the menu into the new bread sushi concept. Leveraging off their dough-making skills, the breads used in the sushi are crafted from the same type of high hydration, long-aged doughs the space has been serving, but also cooked differently depending on the type of fish showcased. 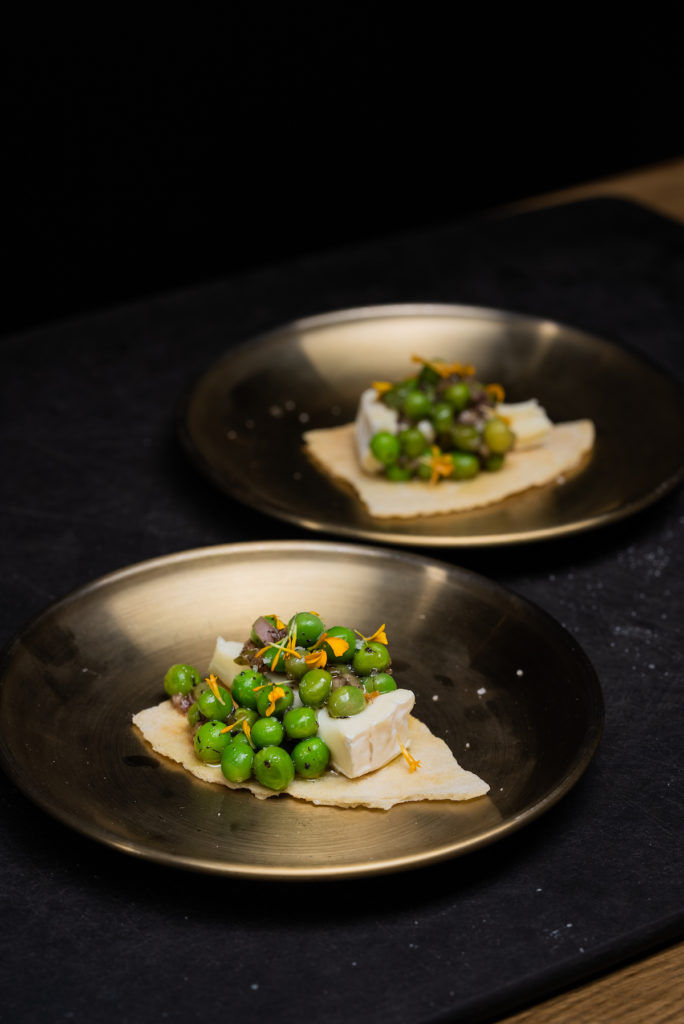 The menu is a tasting menu of three snacks, eight to 10 “bread-sushi”, one hotpot and two sweets. As with a typical omakase, the menu is subject to changes depending on ingredient availability as well as to accommodate new ideas.

We started off with snacks of celery marinated in sesame and shio kombu, cherry tomatoes with dried perilla, and a bread cracker topped with baby peas and housemade wasabi dressing that was not too sharp but sure to awaken the tastebuds for the meal to come.

After watching Shen and his team working in the open kitchen from our seats at the bar counter with much anticipation, we receive our first bread sushi. It is a Shima Aji (Striped Jack) with a Spanish-style grated tomato and ginger-scallion relish served on a high hydration dough.

We almost breathe a sigh of relief because thankfully, the combination works. With a texture and taste similar to Neapolitan pizza dough, the crisp exterior of the bread and its airy yet chewy inside was a welcome vehicle for the light and mildly oily fish.

At Small’s, diners are encouraged to eat the bread sushi in one bite and we obediently oblige. As we continued to pop each new creation into our mouths, it dawns on us that we are, surprisingly, not as stuffed as we typically would be at a traditional Japanese sushi omakase – perhaps due to the lightness of the dough.

Each bread sushi was also a flavour and texture bomb and some of our favourites include the Aburi engawa (flounder fin) with a Thai-inspired green papaya salad on schiacciata bread, topped with frozen monkfish liver grated upon serving, as well as the Akami (lean tuna) with heart of palm and sambal matah (raw sambal of Balinese origin) atop a high hydration dough. 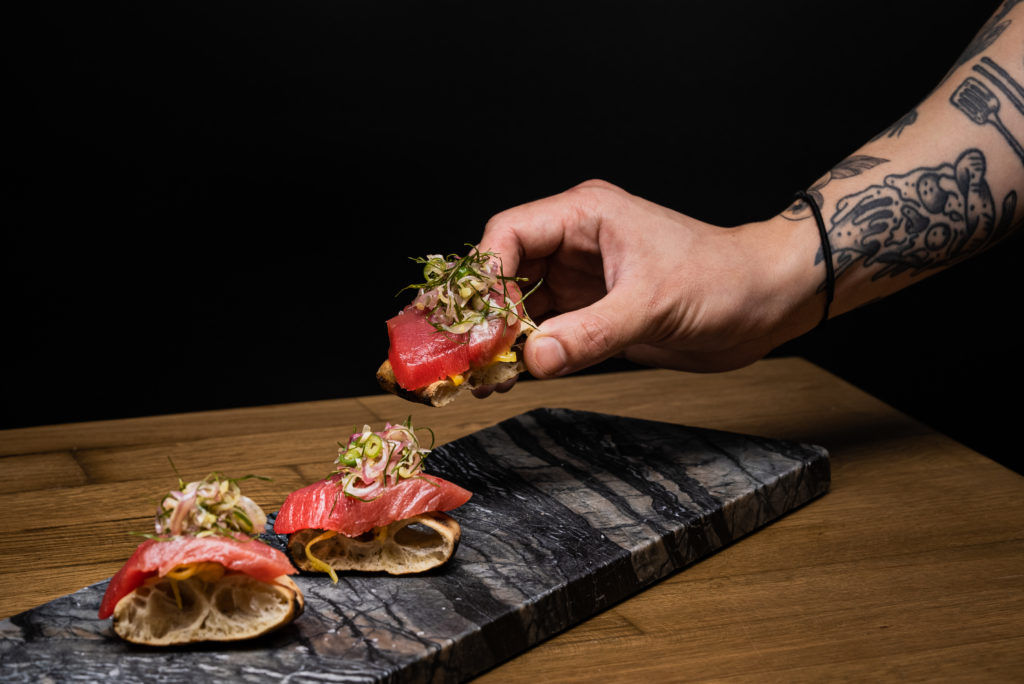 To end off the savouries, we had a Japanese-style vegetable hot pot that seems simple enough with dashi-based broth, enoki and shimeiji mushrooms and daikon, but also includes bread noodles. The thin, charred bread strips are like lavosh crackers before they are softened in the soup to a chewy texture. Combined with the smokiness from the char, they are reminiscent of flat rice noodles in the “wok-hei”-infused local dish, hor fun.

A meal at Small’s is not just a crazy, gastronomic adventure but also has the warmth and intimacy of hanging out at a friend’s house. With current restrictions, the space seats just 12 diners around the bar, with two seatings a night. Before and after dinner, guests can kick back on the couches in the comfy lounge area for drinks and conversation. Together with Shen, the team is affable and approachable, ensuring each experience at Small’s is filled with great food, great conversation and overall great vibes.