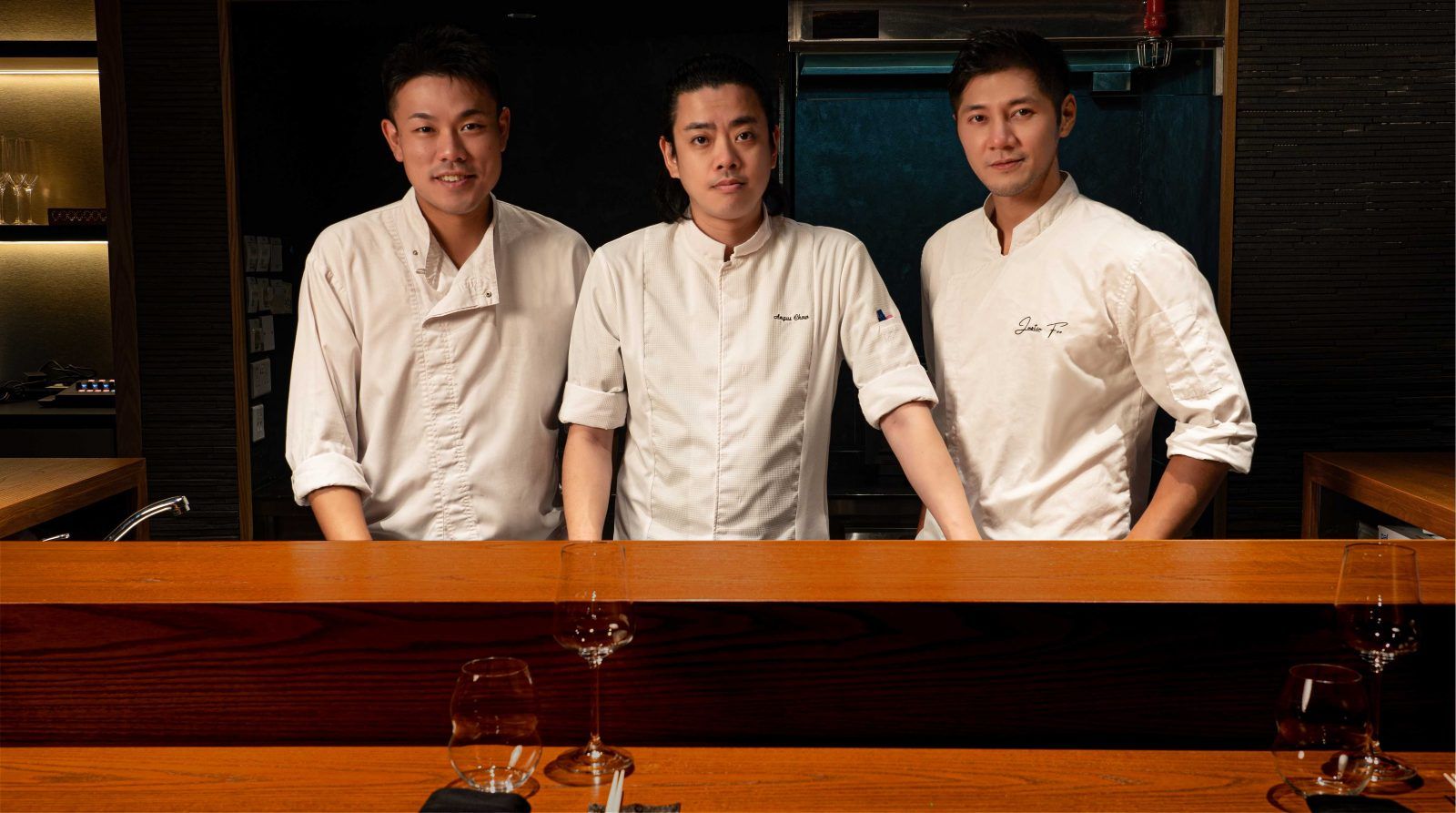 Troop past Sushi Ichizuke within Zouk’s Japanese dining enclave. There, surreptitiously hidden behind a door, is Maison Shūko: an eight-seater intimate space with equal parts star wattage and heart.

Dining here is grounded in both celebration and contemplation. Maison Shūko honours Singapore’s local farms and the hardworking producers behind them. This tribute takes place through a cinematic journey that connects the different courses.

Connection, as chef Justin says, is what’s inspired the menu. The producer at FTTG Media personally directed and curated the three-minute shorts shown before each course. Each film is titled after key aspects of food sourcing and named as such; for instance, The Farmer, The Forager and The Cultivator.

While provenance messaging on menus is becoming increasingly commonplace, Maison Shūko shows you the farms and the owners that have put the food on your table. Names range from well-known farms such as Hay Diaries, Ah Hua Kelong and Jurong Frog Farm to the artisans and an urban farmers from social enterprise Green Cube (who just so happens to be chef Justin’s neighbour). The spotlight is cast on the day-to-day tasks of the producers, from the milking of the goats to feeding of the frogs.

While the food has been prepared using the trio’s formidable French culinary skills, the cuisine at Maison Shūko is called ‘Asiatique’. This offers a broader definition of distinctly Asian cuisine that surpasses the boundaries of Singaporean food.

Eight courses, which will change seasonally, make up the menu. Each is a focused tribute to the farmers behind the food. A signature starter is the Crocodile & Cracker. 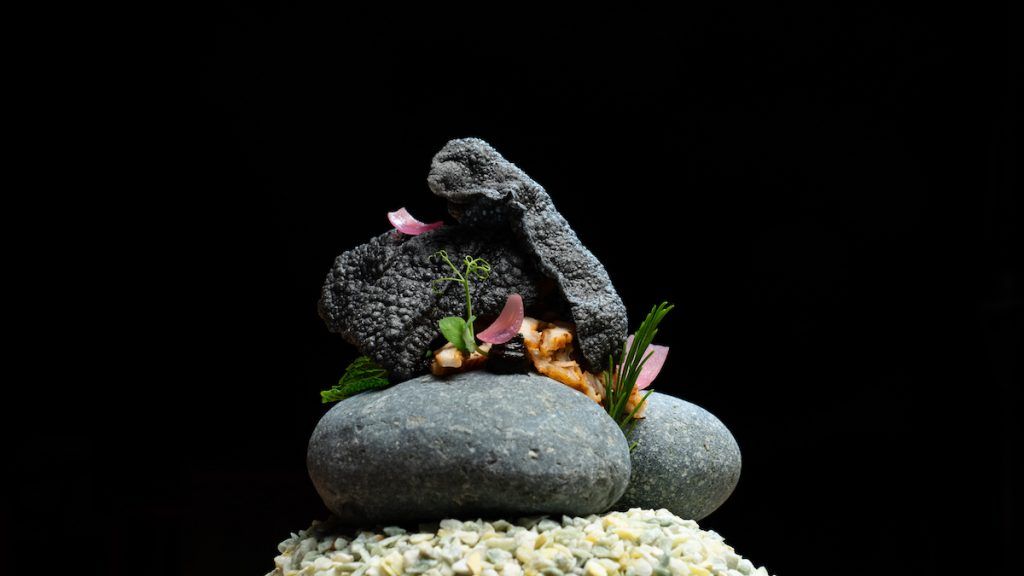 It’s my first time having crocodile and my assumptions of it being soft, succulent and slimy are proven wrong. The meat – sourced from Long Kuang Hung farm – is pounded and cooked down; its subtle fishy taste mellowed with a lime marinade. It is then tossed in a larb salad dressed with ponzu, shoyu, and a black garlic puree. Served atop a grey concrete slab, it’s accompanied with fresh herbs and stacked under charcoal crackers, to resemble a crocodile’s natural habitat. It is surprisingly moreish. The black garlic puree offers the dish caramelised notes that linger long after. The combinations brings to mind a Malay dish in which days-old fish is cooked with dried chilli, soya sauce and shallots.

Another dish worth celebrating is the Har Jiong Frog Legs & Papaya Sambal Sorbet. I forgo the frog leg for a perfectly seared scallop. What’s key for me here, however, isn’t the protein. Instead, it’s the papaya sambal sorbet that shines, with its pulpy chunks of fruit and tomatoes, and sharp and fresh notes of kaffir lime and lemon zest.

The Grilled Grouper and Soy Milk turns a classic on its head. While locally consumed as a beverage or dessert, soy milk is used here as the base of the broth and cooked with an umami-rich grouper fish fumet (or stock) and matsutake mushrooms, which offer hints of cypress and cinnamon.  The broth is flavoursome and light, allowing the perfect balance with the lightly bitter charcoal-grilled skin of the grouper. 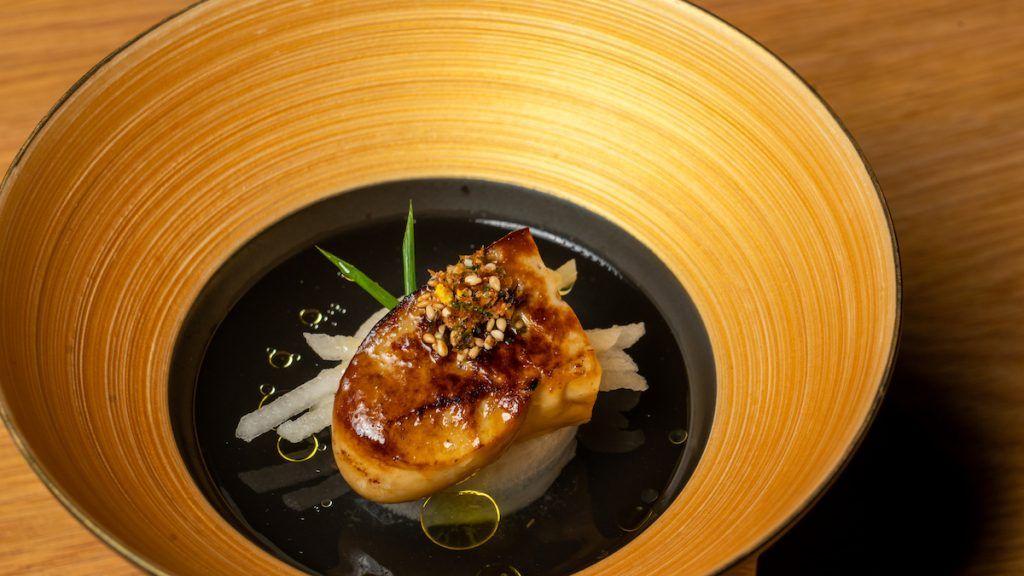 Foie Gras & Daikon Dashi broth is served next. The fattiness of the foie gras, its richness taste accentuated with sake, mirin and saikyo miso, is cut through with the accompanying slivers of Nashi pear and a light dashi broth. 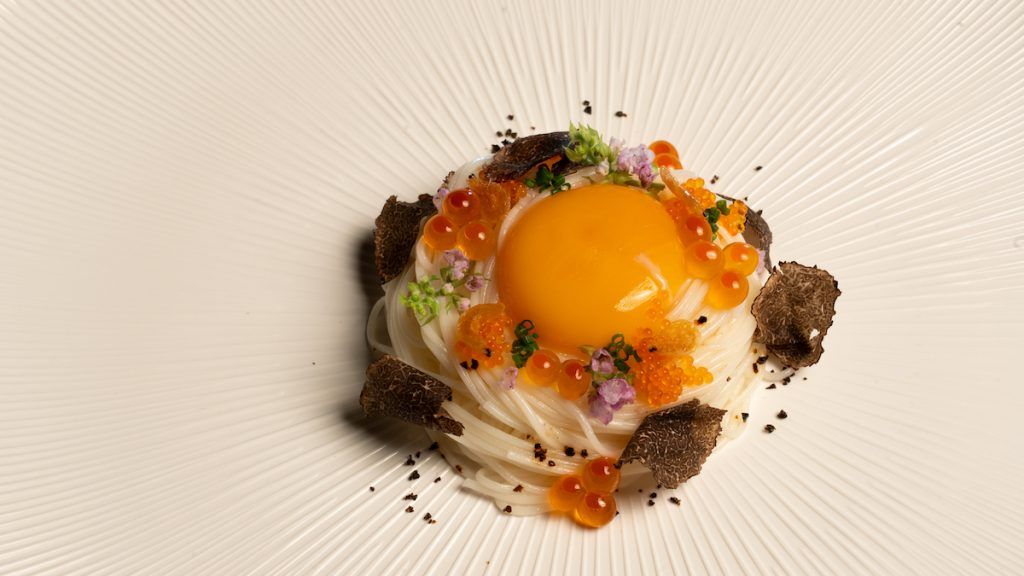 A popular dish at Maison Shūko is the Truffle & Chicken Somen. A signature of chef Angus’, it’s a crowd-pleasing four-part show. It first comprises the unveiling of the somen topped with egg yolks from Ang Seng’s kampung chicken to the ‘smoke’ emitting from dry ice. Next, ikura is spooned atop each pile of noodles. It’s followed by shavings of truffle and a spritz of gold dust for flair.

We really enjoyed the Beef & Tea: a steak pairing that proves a clever match. Dusted with earl grey tea, the buttery A5 Mizayaki Wagyu slices are served with Yen Cha that chef Justin personally brews for us. The bold, smoky notes of the tea boasts a fantastic depth of flavour and together, the pairing offers a harmonious combination of similar roasted flavours. As recommended, we eat and sip in silence, enjoying the contemplation the course affords us. 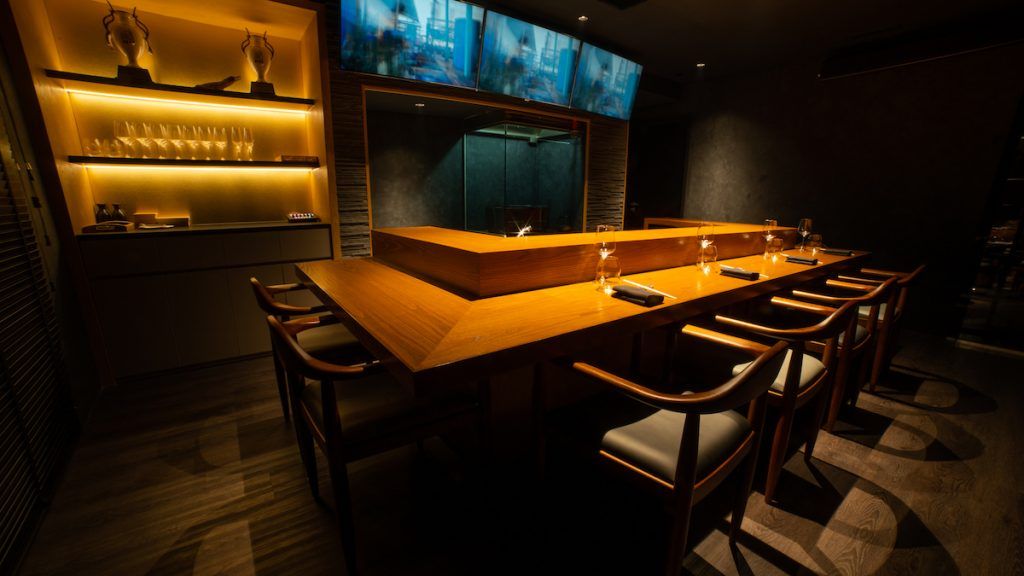 Food aside, what we really enjoyed was the intimate atmosphere. Chef Jeremy clearly harnesses his experience as a flight steward here as the hospitality is impeccable, with prompt service and a lively atmosphere. Seatings only take place once a day – so make your reservations quick before the menu changes.