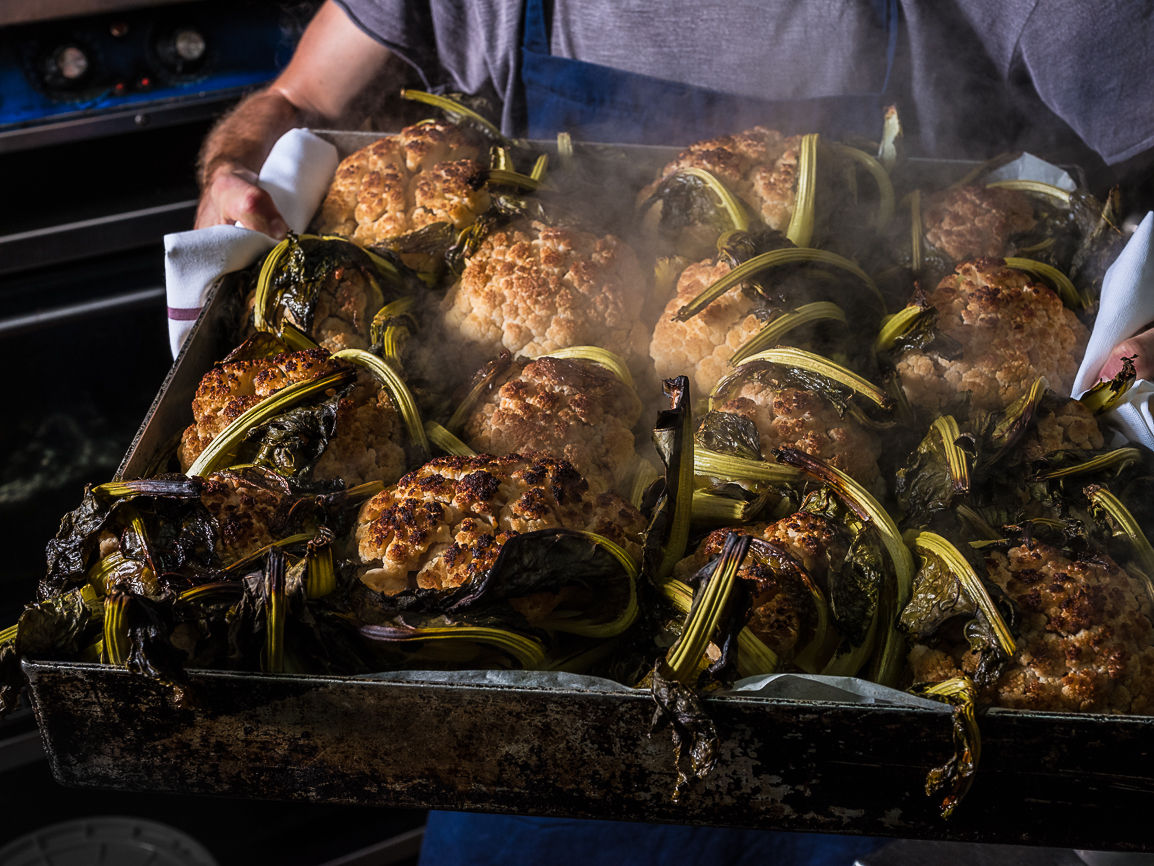 I’ve never been to Tel Aviv.

Miznon, Stanley Street’s newest resident and Singapore’s first proper Israeli restaurant, started in Tel Aviv. The brainchild of Eyal Shani, considered to be “the voice of modern Israeli cuisine (by renowned chef Yotam Ottolenghi, no less), it has 10 outlets around the world, including Paris, Vienna, New York, and Melbourne. Its pitas and roasted whole cauliflower are legendary — and draw lines out the door.

Now everyone in Singapore wants a taste. A month into its opening, Miznon Singapore is still heaving with a crowd that rivals Shake Shack in the early days. Once the food hits your tastebuds, you’ll see why. Everything here is fresh, simple and punchy. And there’s free pita!

Let it be said that Miznon’s pita is arguably the best I’ve ever eaten in my life. It’s fragrant, pillow-y soft, chewy and absorbent, which is great for soaking up flavoursome dips and sauces. Never mind that it isn’t baked in-house (the pita is made with a proprietary mix of different flours in Israel and flown in), the warm bread pockets will fool you into thinking it is. And when it’s filled to the brim with quality produce, these feisty pitas blow me all the way to Tel Aviv.

The Ratatouille is a case in point. Loaded with a French vegetable stew (eggplant, zucchini, tomato, carrot and onion), tahini, chilli and topped with a hard-boiled egg, the vegetarian sabich has gotten approving nods and applause from carnivores, myself included, for its robust flavours. Equally impressive are the “Out of the Pita” plates: we had the very delightful Batata (whole sweet potatoes roasted and adorned simply with sour cream and Atlantic salt), Intimate, a soul-hugging plate of fork-tender beef short ribs that has been braised in housemade root stew of celeriac and carrot, and a triumphantly rich Barramundi fillet stewed Morrocan-style with garlic, paprika, cumin and fermented red chilli.

My heart wants to try one more loaded pita, but my stomach says no by the time all four dishes abovementioned are served. So I ordered the chicken liver to go. It wasn’t ideal that it was reheated in the microwave some five hours later at dinnertime, but the pita, jam-packed with seared chicken liver, tahini, spring onions and salsa, still manages to induce the mmm-s at every bite.

That heroic whole roasted cauliflower is on the menu, but it was unfortunately unavailable when I popped in for a bite that Tuesday afternoon. No matter — Miznon is a place I’ll return to over and over, because its amazing pitas are huge and there are a dozen dishes that I haven’t tried (the Steak & Egg and Abu Kebab would be next). Until the real Tel Aviv becomes a possible pilgrimage, this boisterous diner will do just fine.