Where to go for a lavish reunion feast 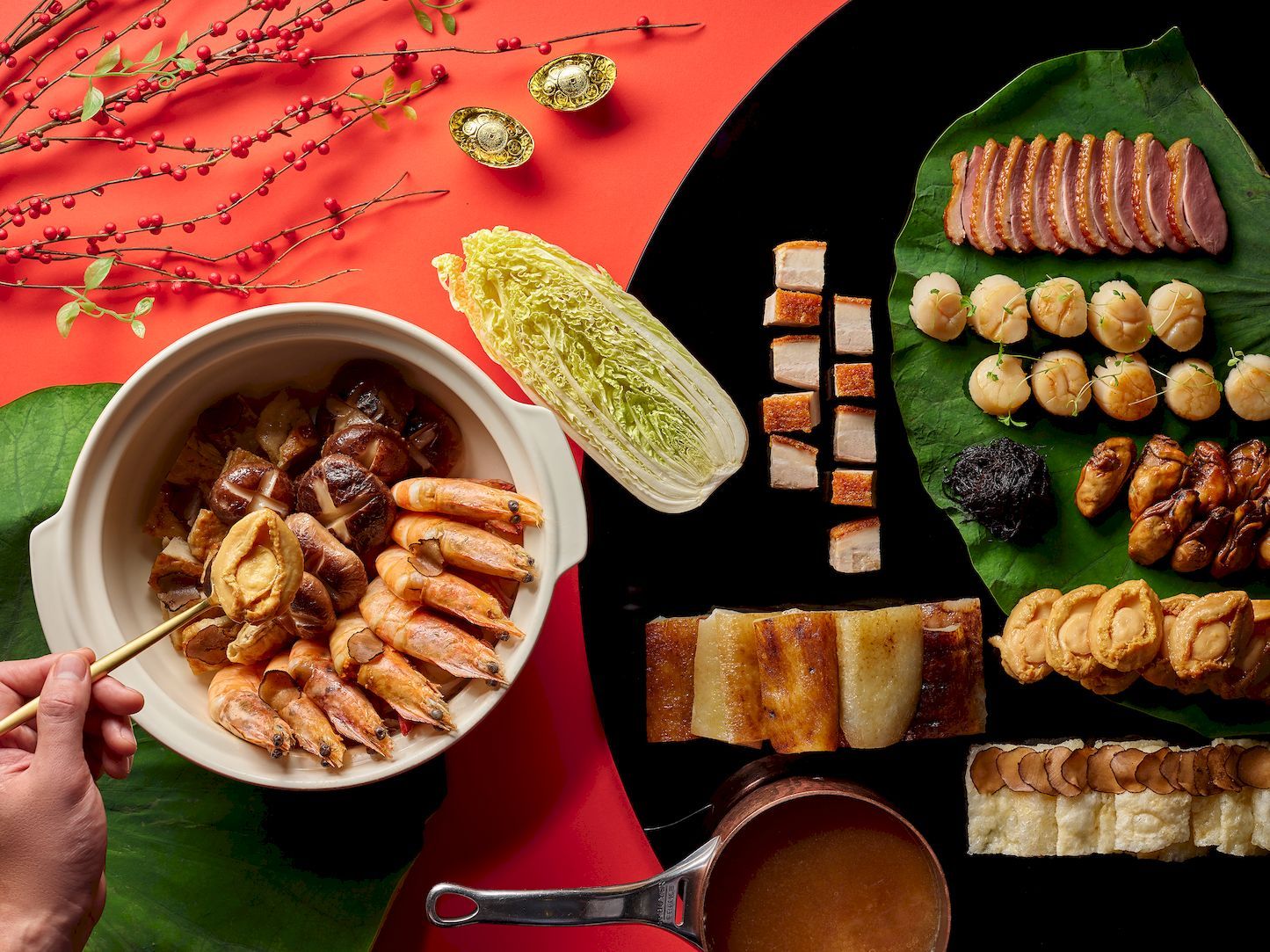 With under two weeks to Chinese New Year on 25 January. it’s time to get started on the usual spring-cleaning, stocking up on sinful snacks like bak kwa and pineapple tarts, as well as shopping for new clothes. There’s also the task of deciding where to go for the all-important reunion dinner, where one can catch up with family over traditional dishes like yu sheng (a raw fish salad that’s tossed to symbolise prosperity) and pen cai (a combination of delicacies like abalone and oysters).

Some families may prefer to host their reunion meal at home for a cosier affair, but if you aren’t too keen on spending most of Chinese New Year eve cooking up a storm in the kitchen (and the massive clean-up after), consider celebrating at a swanky restaurant instead. Many eateries have launched tempting menus showcasing luxurious ingredients like lobster, bird’s nest and Empurau fish, so you can look forward to a sumptuous feast. And if you’re planning to hold your reunion dinner on a different day to avoid the crowds, most of these menus will still be available till early February. Read on for our picks of 5 restaurants to hit up for your reunion dinner in 2020.

Expect nothing short of a bountiful feast at Yan Ting, which has launched 10 set menus for the Lunar New Year season. Available from now till 8 February for lunch and dinner, its indulgent offerings include a comforting braised fish maw soup with scallops, steamed Soon Hock bedecked with soybean floss, a decadent pen cai brimming with abalone and dried oysters, and — our favourite — roasted chicken that boasts a crisp skin, tender meat and a topping of shaved black truffles.

Various renditions of yu sheng with options of Norwegian salmon, abalone and sea coconut are also available at the restaurant.

Luxurious ingredients are at the forefront of Hai Tien Lo’s reunion lunch and dinner menus, which run till 8 February. Its scrumptious treats include a nourishing double-boiled chicken soup with abalone and Korean ginseng, yu sheng with lobster and surf clams, a gorgeously buttery baked sea perch fillet covered in champagne sauce, and bird’s nest with almond cream.

Consider pampering yourself with an add-on or two from the restaurant’s à la carte repertoire, which showcases tantalising specialties such as steamed Boston lobster dumplings and an umami-heavy wok-fried lobster with fermented minced garlic atop plump fish noodles.

Revel in the festive season at one-Michelin-starred Jiang-Nan Chun, which has introduced set menus comprising an extravagant yu sheng studded with lobster, abalone and salmon, as well as other delectable concoctions like Boston lobster in black bean sauce and braised rice vermicelli with abalone.

If you’re in the mood for something even fancier, order the Jin Yu Man Tang set menu, which includes a magnum bottle of Taittinger champagne and prized delicacies such as Empurau fish and sea cucumber. These are available until 8 February.

Located at Sofitel Singapore City Centre, Racines has rolled out several repertoires showcasing French and local Chinese fare. If you prefer the latter, go for its reunion lunch and dinner menu, which is available from 24 to 26 January with highlights such as cured trout yu sheng, braised abalone with pork belly, and steamed red garoupa.

Outside of those dates, the restaurant also has a chef’s degustation menu that can be customised with a combination of Chinese and Western dishes such as an aromatic double-boiled chicken soup with truffle and fish maw, lobster bisque, and a scrumptious baked cod fillet glazed with miso and paired with buttered edamame. Wash these down with Racines’ Chinese New Year-inspired Bai Shu cocktail — a vodka-based libation mixed with tomato juice — or its Hong Shu mocktail comprising Seedlip Spice, tomato juice and cheddar cheese.

Over at Min Jiang, diners can choose from six reunion set menus showcasing delicious offerings such as braised shark’s fin with crabmeat, Camphor tea smoked duck, and roasted suckling pig with fermented beancurd. There are also two vegetarian-friendly repertoires with highlights like Sichuan hot and sour soup and wok-fried black fungus. For dessert, don’t miss the beautifully crafted Koi fish-shaped nian gao, which comes stuffed with red bean paste. All of the reunion sets are available from now till 8 February.

If you’d prefer to customise your own reunion meal, opt for the à la carte menu instead, which is offered throughout the same time frame except during dinnertime on 24 January. Noteworthy dishes include claypot rice with waxed duck and pork belly, and the new Joyful Abundance yu sheng composed of baby abalones, salmon and Romaine lettuce sprinkled with crisp chee cheong fan strips shaped to resemble Swiss cheese — a nod to the Year of the Rat.