Singapore gets two three-Michelin-starred restaurants for the first time 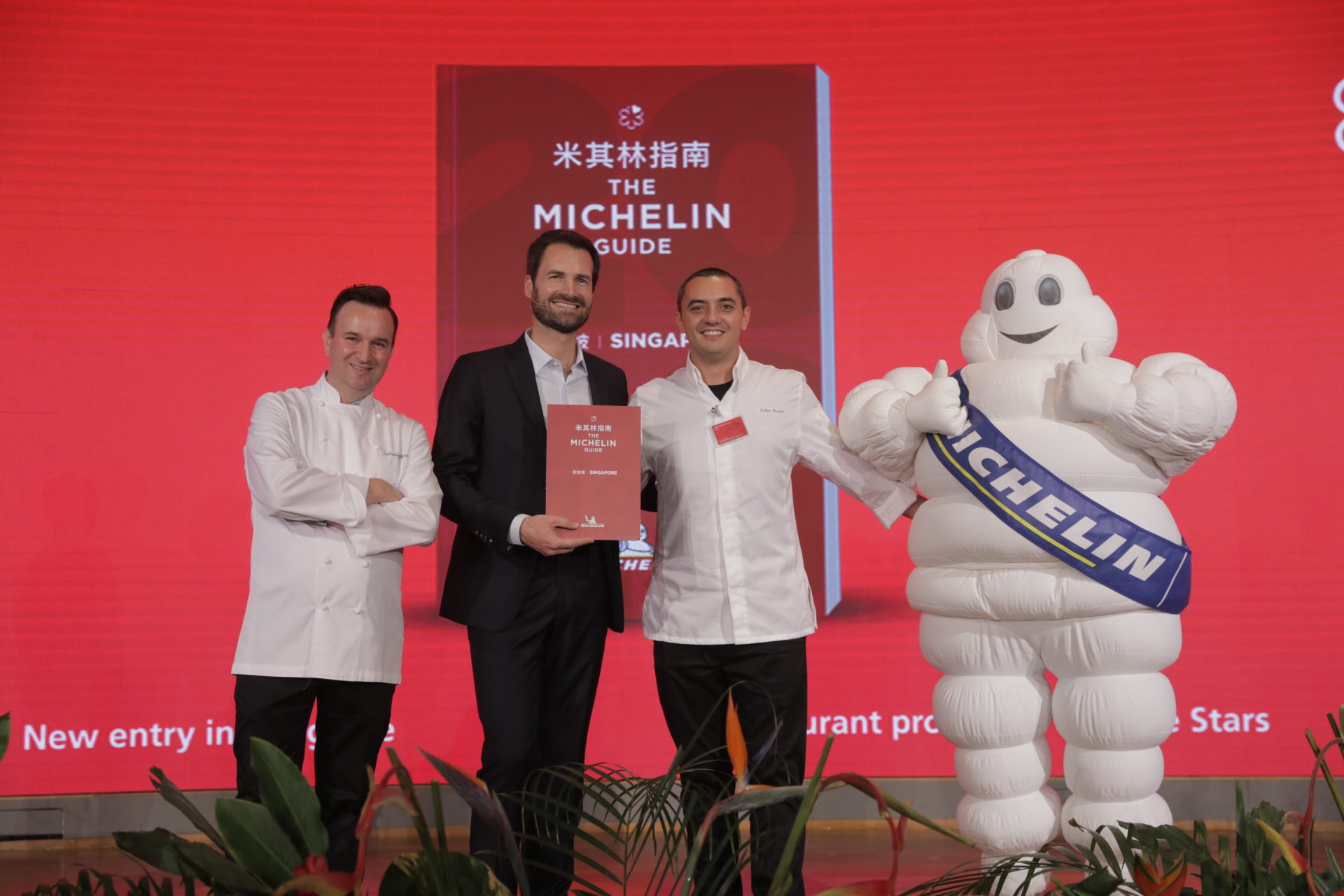 Yesterday’s Michelin Guide Singapore awards has cemented the city as a culinary giant. In a historic first, two of Singapore’s establishments were awarded the supreme distinction of three stars. This honorary title was given to Les Amis and Odette, two exceptional fine-dining French restaurants with a cult following.

“With two of its establishments promoted to a three-star ranking, Singapore is clearly positioned as a leading gastronomic destination”

Gwendal Poullennec, International Director of the Michelin Guide
This is Odette’s third win this year, having been named Asia’s Best Restaurant, and jumping up 10 spots to No.18 on the World’s 50 Best Restaurants list. Les Amis continues to dazzle with its sublime menu and wine list of more than 3,000 references. Helmed by Chef Julien Royer and Chef Sébastien Lepinoy respectively, both restaurants are recognised for “a know-how and a deep respect for the terroir and its products,” said Michelin Guide in a statement.


Now into its fourth year running, the awards also recognised five two-star establishments, including Saint Pierre and new entrant Zén, which was directly given two stars for its cuisine that seamlessly mixes Nordic and Asian flavours. Thirty-seven restaurants were also awarded one star, with seven new entrants including European-inspired restaurants Jag, Basque Kitchen by Aitor, Lerouy, Table65 and Vianney Massot, all of European inspiration, as well as modern Australian Cheek Bistro and Meta, which serves French classics with an Asian twist.

The Song of India

All photos are credited to Michelin Guide.

odette
les amis
michelin guide
Nafeesa Saini Associate Online Editor
Nafeesa covers a spectrum of beats, notably beauty, travel, and fashion. She constantly has an unpacked suitcase for her next adventure and five lipsticks to keep her prepped for industry events. When not writing, she enjoys sipping coffee or cocktails — sometimes simultaneously.
Talk to Me About:
travel
beauty
Wine and Dine
Women's Fashion
Wellness
culture