Hailing from Dagupan, a city in the Philippines north of Manila, Johanne Siy was a regional brand manager at Procter & Gamble before stepping into the culinary realm. Her passion for cooking took her on a journey around the world, working in lauded restaurants like Café Boulud and Le Bernardin in New York City, Noma in Copenhagen, and the now-defunct Restaurant André in Singapore.

Now at the helm of Lolla, which ranked 75 in Asia’s 50 Best Restaurants 2022, Siy whips up produce-driven Mediterranean cuisine. When it comes to comfort food, though, the Filipina tends goes back to her roots.

“When I was little, there was a restaurant in my hometown that was regarded by many as an institution. Pata Tim, a Filipino-Chinese braised pork leg dish, was one of its most popular dishes,” recalls the chef, adding that she enjoys it simply with pickled vegetables and lots of steamed rice. “The first time I tried it, I was blown away by the flavours of the dish.”

After moving back to Asia from New York, she learnt how to make the dish from her father-in-law, who is from the city of Biñan in the Laguna province. “This recipe has been handed down via oral tradition through generations. The specific originator is unknown,” she explains. “My father-in-law was the one who first penned it down to ensure it doesn’t get lost over the years.”

Siy sticks closely to the original Pata Tim recipe, with slight modifications of adding brown sugar and Chinese black vinegar for a hint of sweetness and acidity. “I think traditions anchor us as chefs; these old recipes tether us to our heritage and provide a springboard for creativity,” she adds.

“There aren’t enough people preserving these recipes and they don’t appeal to the younger generation as well because they are usually too time-consuming. Our Pata Tim is very simple and straightforward, but there are a lot of heritage recipes that are otherwise, because back then they didn’t have the modern equipment and conveniences that we have now. Everything is a laborious process – a real labour of love, which is the real essence of cooking for other people.” 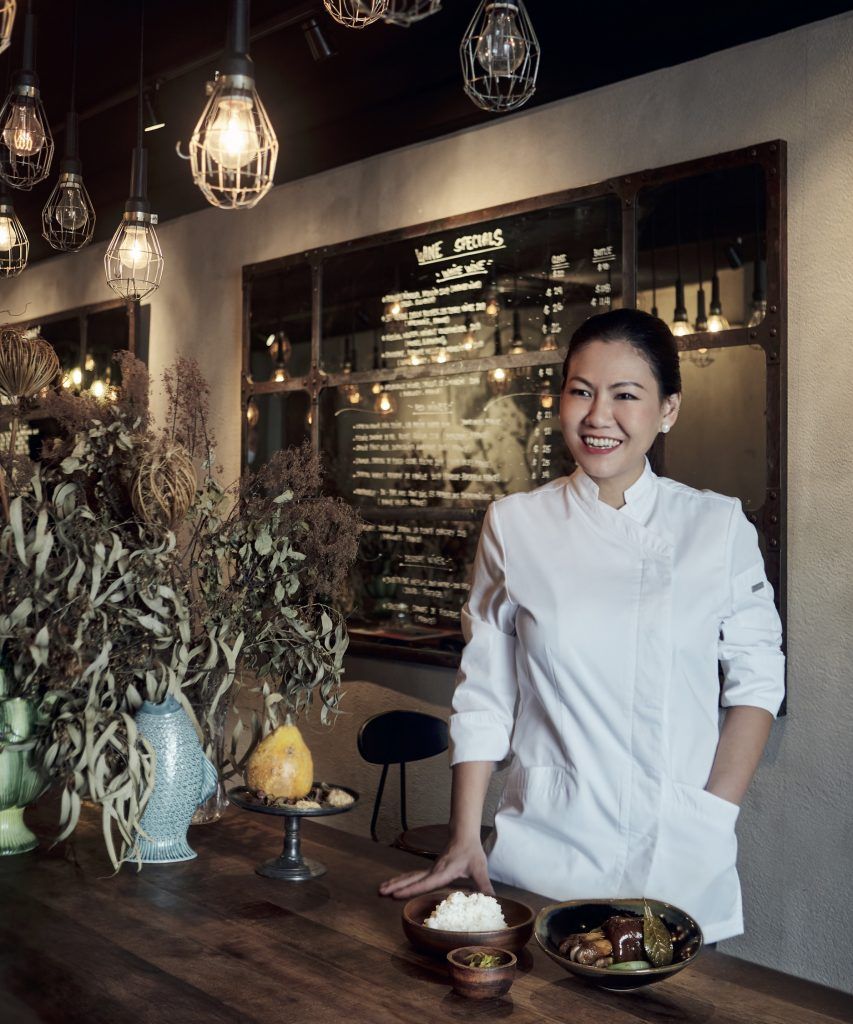 Method
• Blanch the pata in boiling water for 3 mins. Discard the blanching water. In a stock pot, put all braising ingredients, making sure the pata is submerged. Simmer the pata for 4 to 6 hours, until the meat is tender to the point that it almost falls off the bone but doesn’t disintegrate. Add hot water if necessary to replace the evaporated liquid.
• When the pata is tender, add sesame oil and oyster sauce in the pot. Cook for another 3 mins.
• Put the pata on a platter, and set aside.
• In the stock pot, add salt, brown sugar and black vinegar to taste. Make a slurry with the corn starch and a little bit of cold water. Whisk into sauce and simmer until sauce becomes thick.
• Pour the sauce over the pata before serving.