How The English House pays tribute to the late Anthony Bourdain 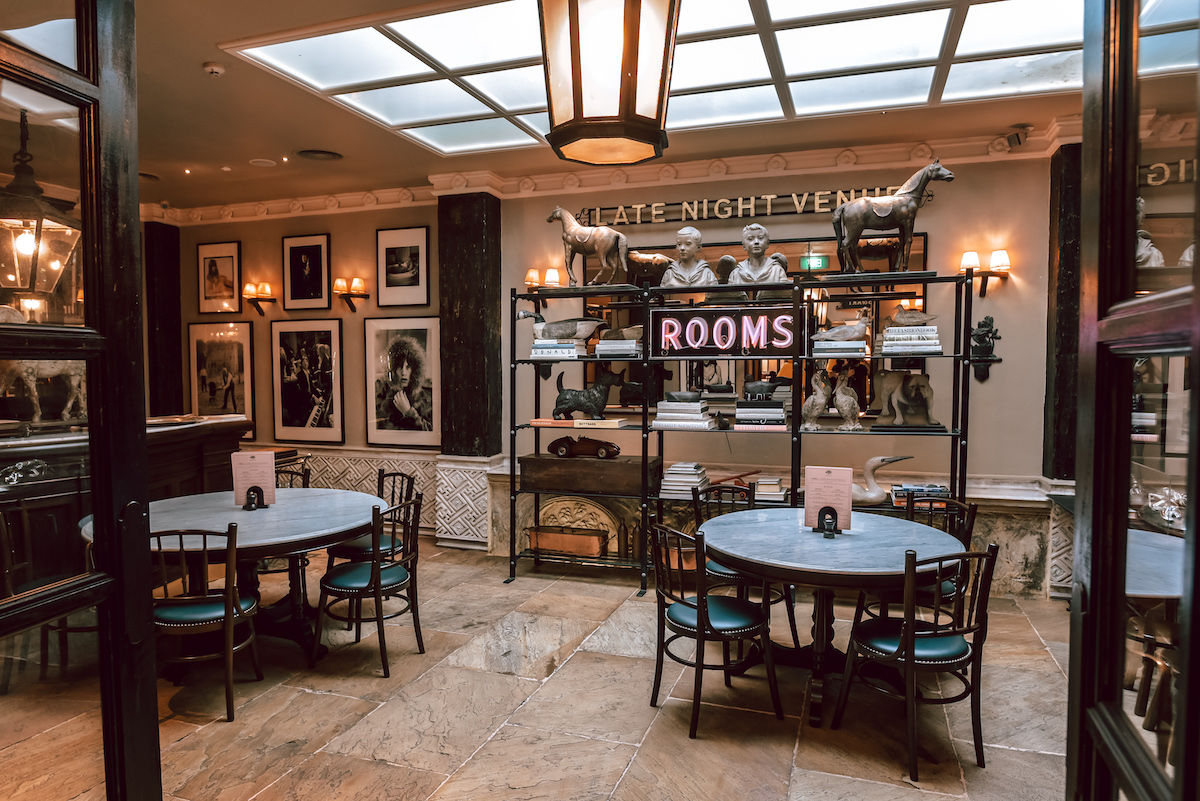 The memory of late celebrity chef and TV host Anthony Bourdain lives on with tributes from the F&B industry – even on our little island that had warmly embraced him during his visits here.

Virtually anyone who loves food and travel would have caught at least several episodes of Anthony Bourdain’s award-winning shows or read one of his books. This June, it would be four years since his tragic passing in France while filming an episode of CNN’s Parts Unknown. The world, however, has not forgotten the colourful and prolific Manhattan chef, who took us deep into diverse culinary cultures around the globe.

Last year, on the anniversary month of his death (and birthday), documentary Roadrunner: A Film About Anthony Bourdain made by group of his friends premiered at the Tribeca Film Festival. Earlier in 2019, when 202 items from his estate were put up for online auction in support of the Anthony Bourdain Legacy Scholarship at The Culinary Institute of America, they were snapped up within three weeks.

One of the two items that snagged the highest bids was his Bob Kramer custom steel and meteorite chef’s knife, which he’d once called “the most awesome knife in the world”. It went under the hammer for over USD$231,250. It was acquired by a Singapore restaurant – The English House by Marco Pierre White, the acclaimed British chef who like Bourdain is a legend and iconoclast in the dining world.

In a homage to Bourdain, whom White called “the Hemingway of gastronomy”, The English House purchased from the auction the famed chef’s knife as one of nearly 20 of the deceased’s treasured personal effects – most of which are now displayed in the 28 Mohamed Sultan Road restaurant (theenglishhouse.com)for viewing by its diners.

Among the pieces for viewing is a traditional chrome duck press Bourdain became enamoured with during the Paris episode of The Layover; and a pig chef sculpture he especially loved. There are also artworks by Ralph Steadman and Brad Phillips, and an African carved wood and metal ritual power figure, known as Nkisi Nkondi, gifted to the late chef by a Mbole tribal chief in Congo.

Two notable exhibits were delightful tokens of friendship from Marco Pierre White to Anthony Bourdain: a French silvered bronze Michelin Man sculpture; and a bronze skull and antler sculpture created by the British chef-turned-restaurateur, who is a passionate hunter. The English House won the Michelin Man for US$61,250 after multiple extended bidding sessions, and the skull and antler sculpture for US$26,250.

Chef Gabriel Fratini, who is a well-known name locally and now helms the kitchen at The English House, says, “Anthony Bourdain was a renegade in the culinary, travel and entertainment worlds, and his experiences led him to amass a truly impressive collection of art – one that represents his eclectic taste, appreciation for discovery and most notably, other cultures. Oftentimes, art collections like this is rarely accessible to the public, where they can be fully appreciated. The English House is honoured to be able to house his collection and preserve it in a way that lives on to inspire future generations.” 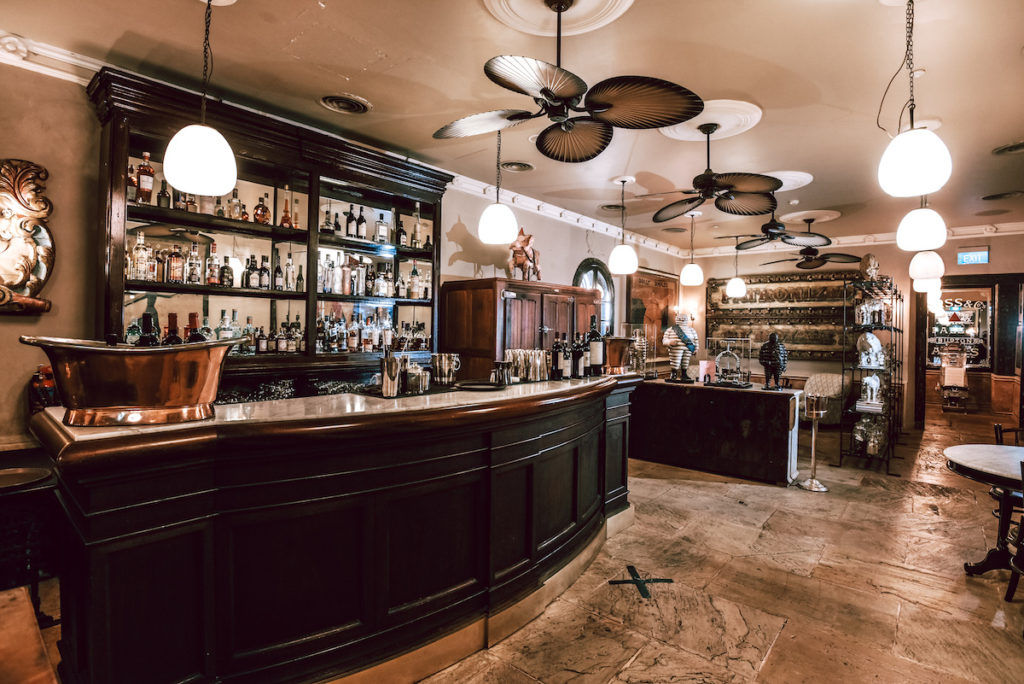 The Anthony Bourdain collection can be said to be as eclectic as the vintage art-filled décor and interesting menu of The English House, which is nestled within tropical greenery along a row of heritage conservation shophouses. The restaurant currently hosts a diverse and fascinating display of vintage collectibles, celebrity and movie memorabilia, as well as photos and historic artifacts from a myriad time periods and places.

Some of the best-kept novelty specimens include an antique carving trolley (circa 1910) belonging to the late Hugh Hefner, founder of Playboy; a wonderfully carved and hand-painted fairground sign circa 1870; and black-and-white portraits of music and screen legends such as The Beatles, Amy Winehouse and Sean Connery shot by renowned British photographer Terry O’Neill.

Food For The Soul

How lovely it is that fans of Anthony Bourdain now have an intimate, unpretentious spot to take in all that was important to the chef. While reminiscing their reel-life journeys with him, guests can savour predominantly British classics alongside a compact but impressive menu of Cantonese favourites.

At a tasting session at The English House, I sampled these simple yet heart-warming British dishes: the Homemade Sausage Roll made of chopped sausage rolled with filo pastry; and fish and chips in the form of Beer Battered Wild Cod. Thanks to Chef Gabriel, Bourdain’s favourite Roman pasta dish of Cacio e Pepe (another simple yet soul-soothing item) was al dente and on point.

I was also very pleasantly surprised that the establishment’s Chinese kitchen doled out a large and tasty Fresh Lobster Dumpling served with egg white and hairy crab sauce. Those of you who miss the Chinese restaurants in London will be glad to see London Lobster Noodles on the menu, along with roasts, stir-fries and dim sum.

Other quintessentially English dishes include Quail Scotch Eggs, Shepherd’s Pie, and a variety of Wellingtons (roast English duck, anyone?). There are also four pastas, a children’s menu, and a separate Traditional Sunday Roast menu. There is something for everyone. For me, on my next visit, I shall go the whole hog with the Fillet of Aberdeen Black Angus Wellington and The Box Tree Eton Mess.