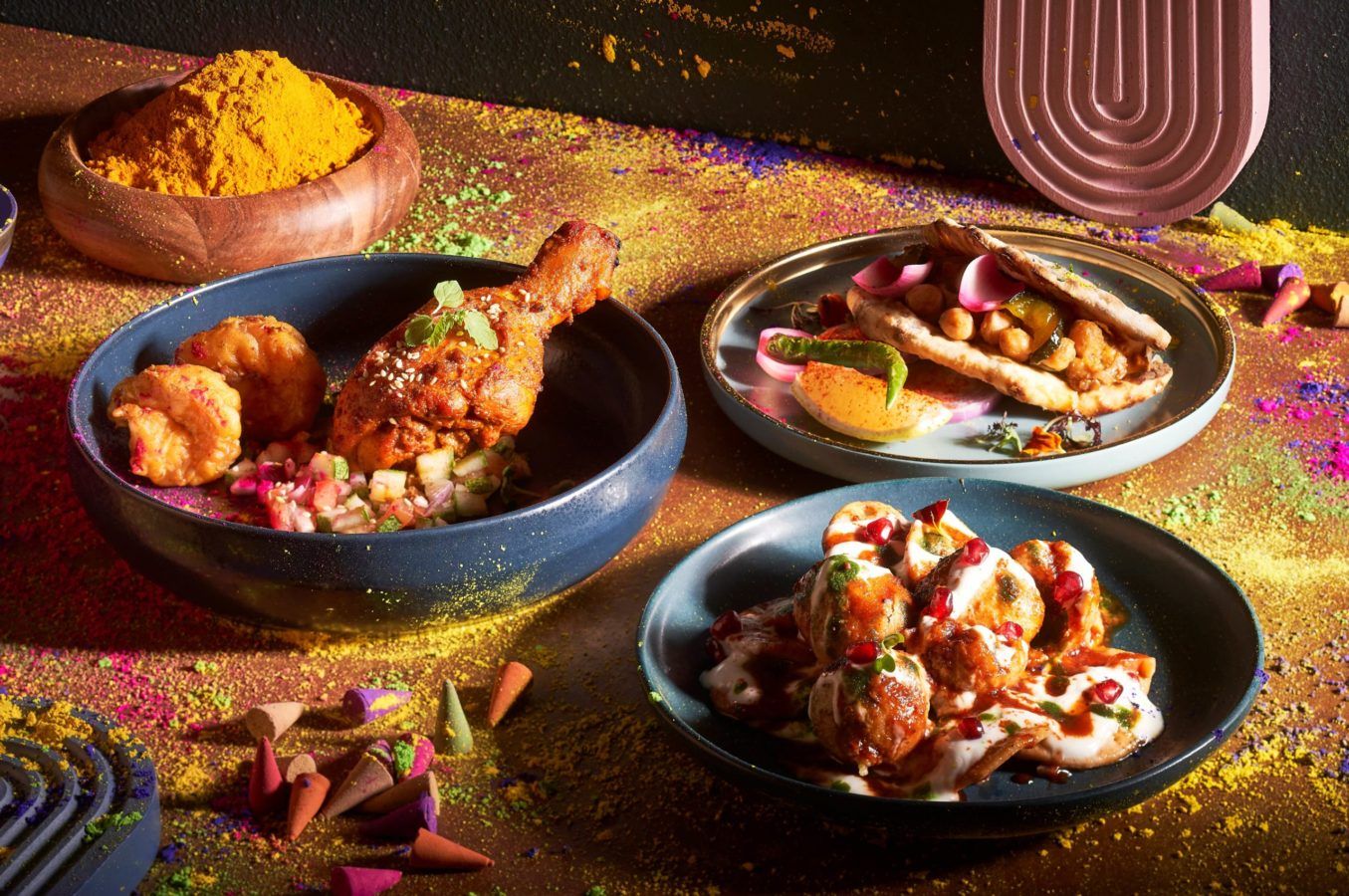 Holi, the popular ancient Hindu festival also known as the Festival of Colours, is an exuberant affair to say the least.

In the years of 2019 and before (that’s how we’re choosing to refer to pre-pandemic times now), the joyous affair was commemorated in Singapore with festivals full of thumping music, powdered paint and tons of good food.

While the crowd-packed, high-spirited episode won’t be making a comeback here, at least not this year, we’re celebrating the occasion the best way we know how: with good food, of course.

Indian stalwart Tiffin Room has always been a reliable locale for fantastic North Indian fare, and Chef de Cuisine Kuldeep Negi is pulling out all the stops for The Joyous Flavours of Holi menu this festive period. Read on for everything to expect.

The lavish course meal begins light. After a round of poppadom at the table, diners will be delighted with the Dahi Bhalla Papdi Chaat. Lentil dumplings and crispy fried bread pepper the plate, doused in a refreshing sweet yogurt that’s laced with mildly spiced tamarind chutney.

A chicken leg, deliciously marinated and kissed by the tandoor arrives promptly after, before a vibrant plate of chickpea masala curry-stuffed naan is served. The chickpea curry is spicier than expected — but the warm burn finds itself very much agreeable with the pickled onion and cucumber that it’s served with.

Mains soon appear in the iconic shiny copper pots. These sharing portions don’t have a particular sequence to them, but after the hearty, spicy chickpea number, we think a palate cleanser would do you some good.

The Tawa fish, a light, pan-seared barramundi dressed with mint and coriander paste sets the scene for the other two curries in the lineup. The nutty Murgh Lazzez is a delight on its own — think pieces of chicken breast that are soaked in a light almond and cashew gravy, while the Darbari Gosht is an addictive lamb chop and cardamom curry we couldn’t get enough of.

We could quite literally spoon the curries straight into our mouths but you could also pair them with the fragrant basmati rice and naan available.

We were properly stuffed at this point. Yet, when desserts arrived, we couldn’t help but sneak a couple of bites in. The trio of sweets begin with Paan Rasgulla, a fluffy ball of coconut and dried fruits that sits in a milky, perfumed moat. The Pista Gujia might look like a curry puff at first glance, but you’d be surprised if you expected to bite into a spicy curry mix. The betel leaf-flavoured cheese pockets are crispy and flaky all at once, elevated only by the intoxicating betel nut aroma that follows. End the meal with a bite (or two) of jaggery and wind down with a cup of masala chai tea.

Tiffin Room’s The Joyous Flavours of Holi menu will be available at lunch and dinner from 5 March to 19 March at S$98++ per guest. A vegetarian option also be available at S$88++ per guest. Tiffin Room is located at Raffles Hotel Singapore, 1 Beach Road, Singapore 189673, and reservations can be made via phone +65 6412 1816 or email at singapore@raffles.com.