Heritage hawkers: Where to find the best Chinese rojak 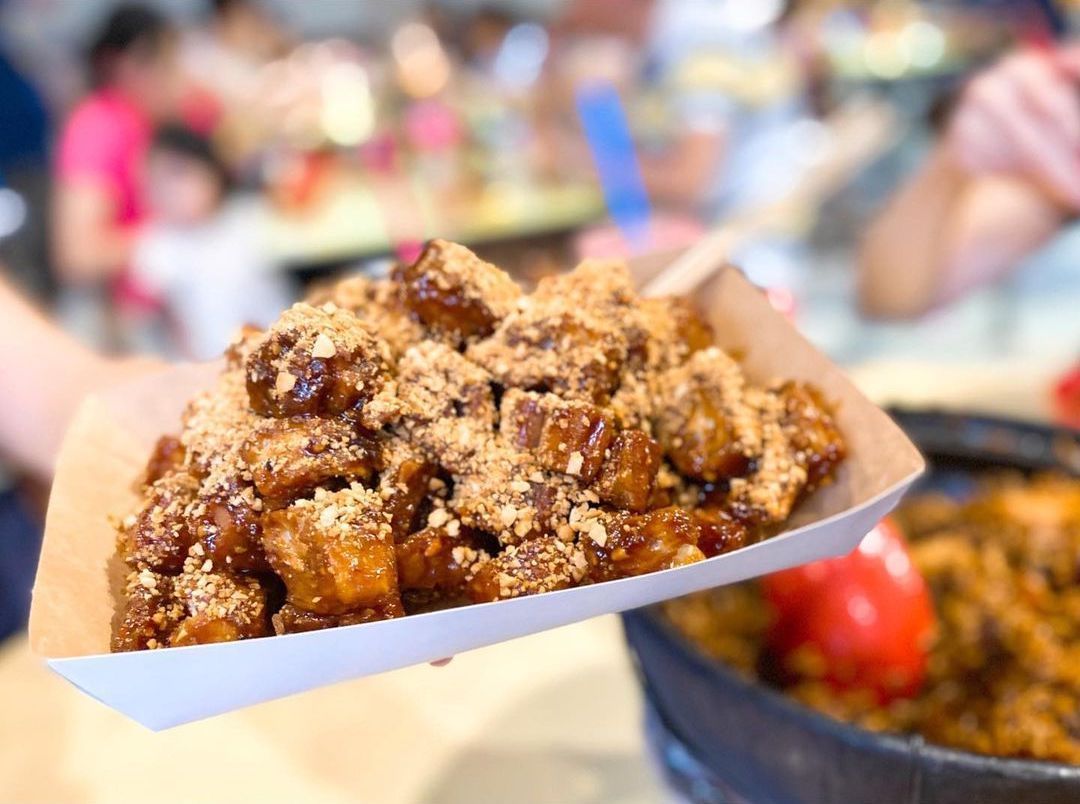 Step aside, ambrosia. Chinese-style rojak is how we do fruit salad here, and these eight hawker stalls in Singapore offer prime examples.

Cobbled from the Bahasa word for ‘mixture,’ rojak is a tossed fruit and vegetable salad of Javanese origin. Here and Malaysia, however, a distinct style has emerged. Typically referred to as Chinese rojak, it consists of pineapple, turnip, beansprout, cucumber, youtiao, and taupok. It also has ginger flower, which gives the dish its signature aroma.

Some stalls choose to include things like cuttlefish and and century egg, while others use fruits such as guava and apple. All ingredients are then stirred in a bowl with prawn paste and tamarind sauce, and topped with crushed peanuts before serving.

In Singapore’s current dining landscape, the term rojak has been adopted to describe ginger flower-flavoured items like doughnuts and gin, but the dish still remains a staple at hawker centres around town. Here are where you can find some of them.

From a pushcart in Toa Payoh to a Whampoa Drive Food Centre institution, Balestier Road Hoover Rojak was founded by Lim Ngak Chew in 1971, who moved into a spot across the former Hoover Cinema on Balestier Road and named his stall after it. Based at this location since 1978, it’s now run by one of his sons, who continues his father’s recipe of including century egg and jelly fish in the dish.

Wednesdays to Sundays, 10am to 4pm

It’s the stall of brotherly love at Brothers Rojak. Run by siblings William and Richard Tan, the business was started by their father in the 1950s, who would sell the dish in Tanjong Pagar and River Valley before settling in Zion Road hawker centre in the 1970s. Now located in Clementi, the brothers continue the family tradition with a thick, homemade sauce clinging to youtiao, century egg, fruits, vegetables, and taupok.

Gu Zao is run by an elderly man who claims to have been in business for over 20 years. He has also rubbed shoulders with Lee Hsien Loong: there’s a photo of him and Singapore’s Prime Minister displayed outside his stall. His rojak follows the standard textbook of ingredients, but he cooks the youtiao until it’s crunchy and golden brown before throwing it in. He then mixes the lot with generous amounts of sauce, and tops it with a flourish of peanuts.

Head to Lau Hong Ser for a late-night rojak fix, which is open until 2am during most of the week. The highlight here is the charcoal-grilled youtiao and tau pok, which they do before adding them to cucumber, pineapple, beansprouts, turnip, and ginger flower. They also offer a variation with cuttlefish and century egg, with the sauce served separately.

Mondays to Saturdays, 4pm to 2am

Lim Bo is an offshoot of Uncle Lim’s Rojak, a hawker who has been selling the dish in Kuala Lumpur since the 1980s. He was chanced upon by the Singaporean owner of this stall, who learned from Lim before setting up shop here. True to the brand’s word, they use mango and guava on top of the standard mix, while the inclusion of prawn fritters brings added crunch. The stall sells their rich sauce in a takeaway jar, and they suggest eating it with ice cream.

Tuesdays to Sundays, 10am to 8pm

One of the newer stalls on this list, Rojak Line was established in 2016 with the aim of creating the finest version of the dish. They believe the secret is in the literal sauce, which they make rather thick and creamy. The basic set includes you tiao, taupok, pineapple, cucumber, turnip, guava, and red apple, and it goes all the way up to the Luxury Rojak, which adds cuttlefish, green apple, and golden pear.

Soon Heng is based at HDB Hub, but it has been making rojak the same way since it pushcart origins in 1988. The former one-man operation is now a well-oiled machine with chefs deftly slicing ingredients into a bowl, mixing them with sauce, and raining down crushed peanuts before serving. They operate throughout the day, but there always seems to be a queue.

One of the more popular stalls at Tiong Bahru Market, Tow Kwar Pop takes its name from the stuffed tau pok in their rojak. It’s filled with cucumber slices and beansprouts, grilled, then added to the dish along with apples, pineapples, and powdered peanuts. It comes with two sauces on the side for dipping: a dark prawn paste and a red chilli sauce.

In for a treat: The new restaurants and menus to discover this month

Lunar Delights: Our picks of the best mooncakes from luxury hotels